In the early hours of Thursday, August 9th, Argentina’s Senate narrowly voted down a bill to legalise elective abortion. Senators debated for more than 15 hours before voting 38 to 31, with two abstentions and one absentee, not to allow abortion in the first 14 weeks of pregnancy. Women’s rights activists had been optimistic that […]

In the early hours of Thursday, August 9th, Argentina’s Senate narrowly voted down a bill to legalise elective abortion. Senators debated for more than 15 hours before voting 38 to 31, with two abstentions and one absentee, not to allow abortion in the first 14 weeks of pregnancy.

Women’s rights activists had been optimistic that the passing of the bill in the lower Congress in June was a sign that times were changing in the majority Catholic county. So this week’s ‘no’ vote has comes as a bitter disappointment to the many Argentinians who supported reforms, and to those women and girls forced to resort to unsafe, unregulated terminations.

Illegal abortions remain the largest cause of maternal death in Argentina. Activists estimate that around 3,000 women have died as a result of illegal abortions since 1983, with as many as 60,000 women hospitalised each year due to medical complications. 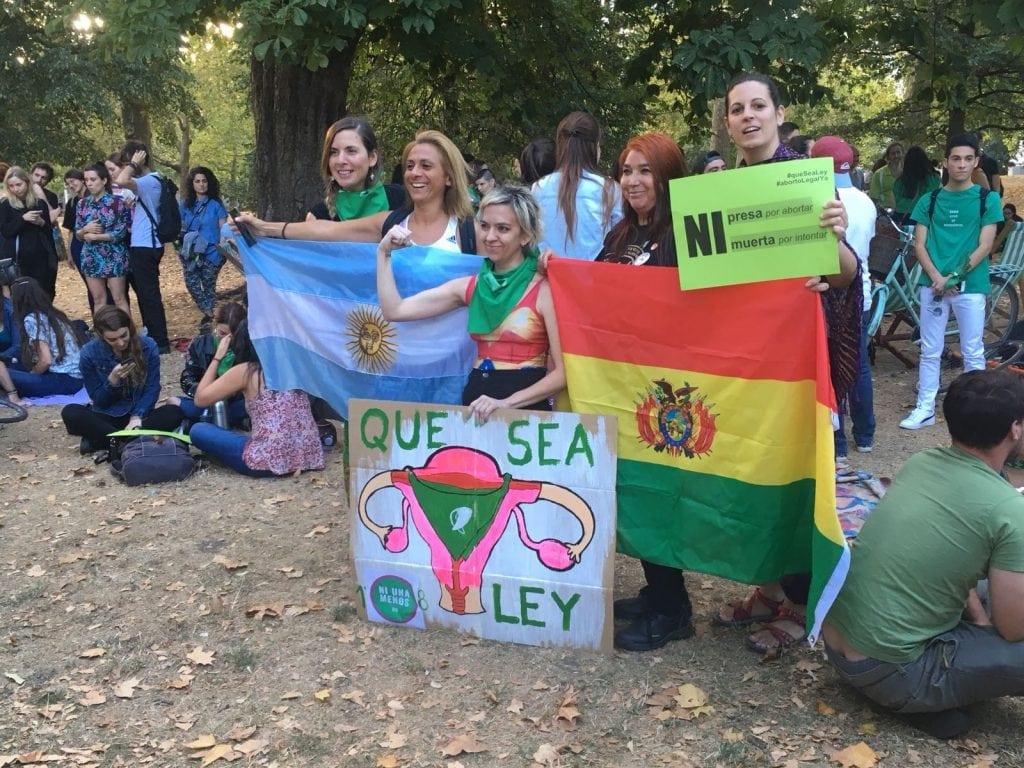 The current law, which dates back to 1921, allows pregnancies to be terminated only in cases of rape or if the mother’s life is endangered. It also criminalises those who attempt to get abortions.  In practice, it is very difficult to access an abortion even under lawful circumstances.

Lawmakers will have to wait another year before they can re-submit the bill, something supporters say will put thousands more women and girls at risk. Argentina has one of the highest rates of teen pregnancy in South America. Some are the result of a lack of sex education and access to contraception, but many pregnancies are caused by sexual violence, often perpetrated by relatives or acquaintances.

When abortion is illegal or inaccessible, it is often the lives of girls which are endangered, either because of clandestine abortions or from having to take the pregnancy to full term before the mother is physically mature enough. Being so young, most are not prepared in either body or mind to carry out a pregnancy, give birth, or become mothers.

And yet, without access to safe and legal abortion, they are forced to do so, compounding the harm from the sexual violence they’ve already suffered.

Pregnancies occurring under these circumstances must be considered forced as the girl becomes pregnant without having sought or desired it, and abortion is denied, hindered, delayed or made difficult. 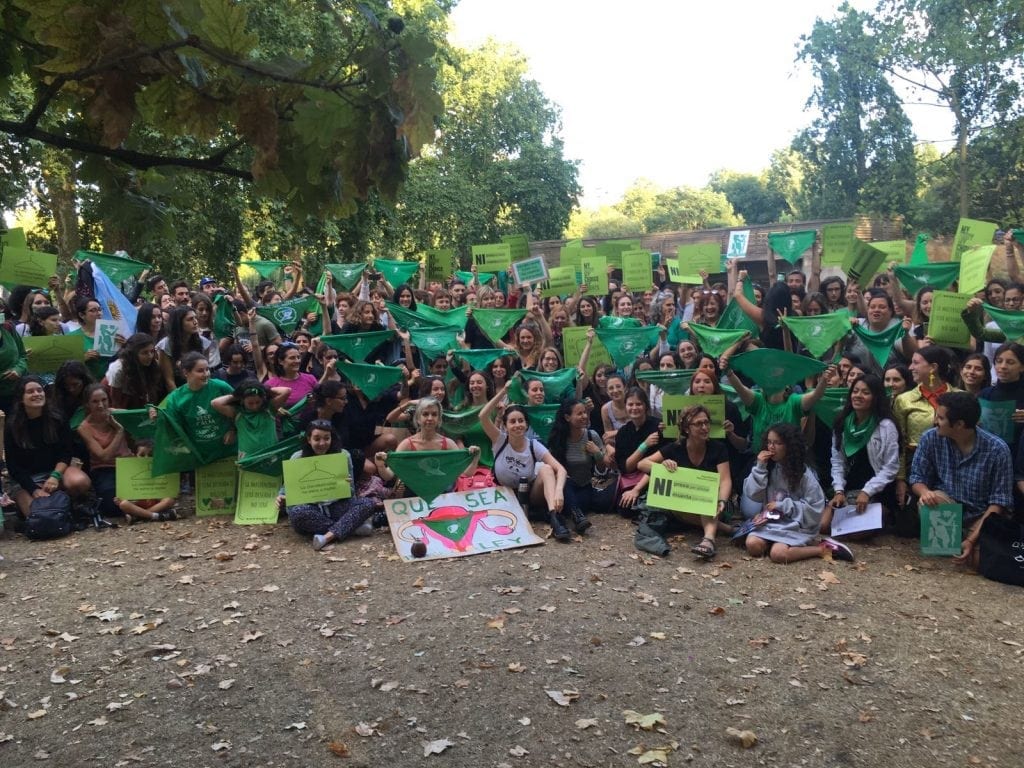 International women’s rights organisation Equality Now has been working with partners in the region to raise awareness about forced child pregnancy in Latin America, and to push states to track statistics on girls younger than 15 years of age who are forced to become mothers.

This is part of a wider call for governments to address the problem of forced child pregnancy by establishing adequate public policies and services, such as access to quality sex education and safe, legal abortion services; eradicating sexual violence against girls; and holding perpetrators to account.

If the recent bill in Argentina had passed, it would have expanded a woman’s right to end her pregnancy by decriminalizing elective abortion in the first fourteen weeks. Beyond fourteen weeks, she would also have been able to legally end a pregnancy if it was the result of rape, her life was at risk, or the fetus suffered severe conditions not compatible with life outside of the womb.

It would also have made Argentina the most populous nation in Latin America to legalize abortion, which is a predominantly Catholic region where restrictive abortion laws  are commonly in line with religious doctrine. This religious influence is one of main factors impeding access to abortion in Argentina, where the campaign against the bill was strongly supported by the Roman Catholic Church, and anti-abortion campaigns celebrated their success in blocking the legislation.

The debate has sparked similar movements in neighbouring countries and a vote to change the law could have caused a domino effect across South America, where socially conservative countries having been contending with modernizing views on issues such as this, which were once considered taboo.

Last year, Chile removed it’s ban on abortions in all cases, although several countries in Central America still have total prohibition. And the vote in Argentina comes less than three months after Ireland, another predominantly Catholic country, passed a referendum in May to legalise abortion, thereby guaranteeing access to safe, accessible medical services. It passed with a definitive  66.4 percent public vote in support, in what was widely seen as a blow to the church’s influence on governmental issues. 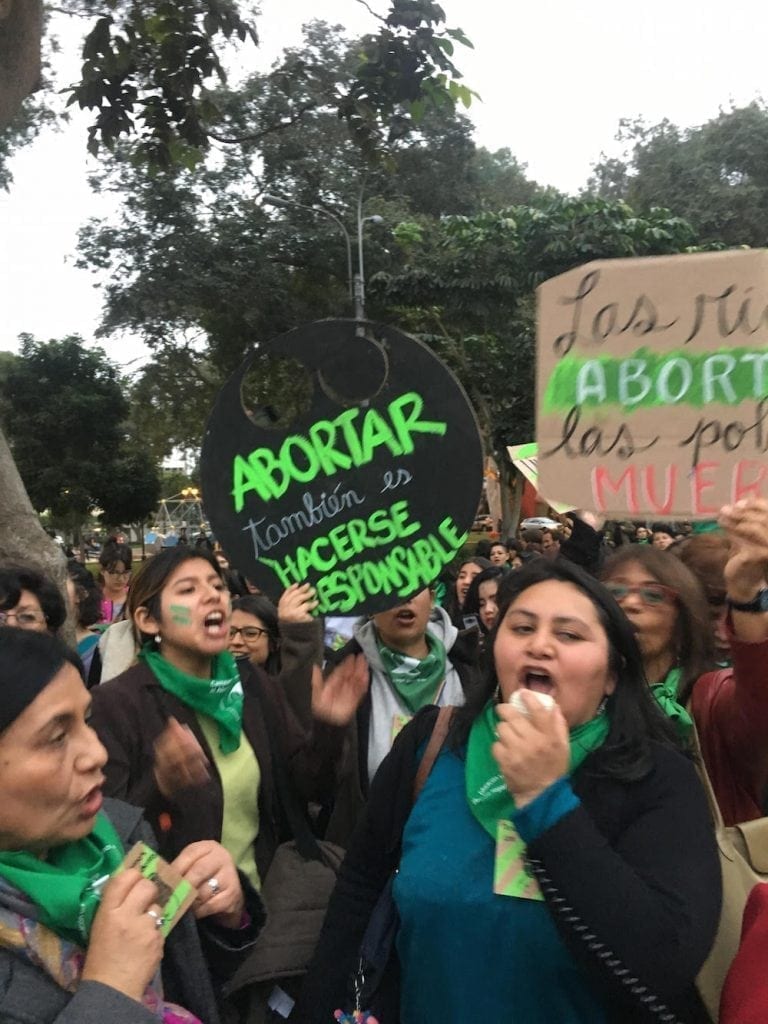 Feminist movements have been steadily growing in Argentina over the last few years, with calls for reform gaining a groundswell of public endorsement in recent months, and the hashtag #AbortoLegalYa being shared widely on Twitter and Facebook.

Hundreds of thousands of protesters, both for and against the bill, gathered on the street in Buenos Aires before the Senate vote, and solidarity events took place around the world, including in Ireland, Peru, Mexico, France, and the UK.

Pregnancy and motherhood should be a free choice when a woman decides she is ready, not the result of sexual violence against a girl. With this in mind it is vital to continue to put pressure on the Argentine government in the year to come, for the sake of women and girls across the region.

Equality Now’s Americas Regional Co-ordinator Barbara Jiménez-Santiago believes that despite the recent setback, there is reason to be hopeful, explaining: “We are disappointed that Argentina chose to leave women powerless to decide about their own bodies and reproductive health.

“However, no effort is in vain. Even though the bill for safe and legal abortion did not become law, we know that the social movement in favour of being able to make our own choices about our own bodies is bigger today than yesterday. International solidarity between women’s and feminist  movements was strengthened. We are more, and change will come, soon it will come.”