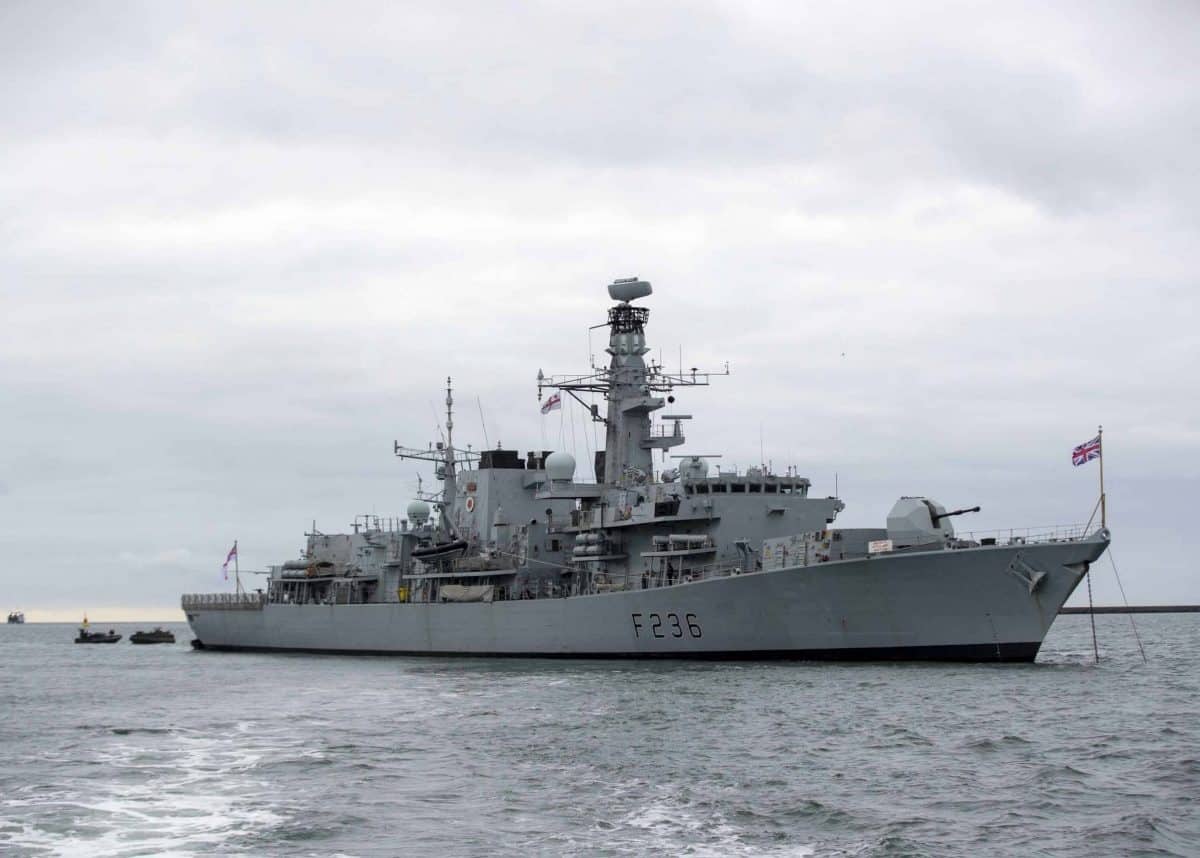 Hours before Iranian missiles rained down on US bases in Iraq, the Defence Secretary addressed MPs in Westminster amid questions about where the Prime Minister was.

Defence Secretary Ben Wallace refused to rule out a British military strike on Iran last night. He confirmed warships and helicopters were on standby and non-essential UK personnel were being evacuated from Baghdad as the fall-out from Donald Trump’s assassination of Iranian general Qasem Soleimani and his colleagues escalated.

Two bases in Iraq were hit by around a dozen Iranian missiles in a show of strength and firepower. Iran signaled it wished to draw a line under the episode, but warned the conflict could escalate region-wide as Israel and Dubai would be its next targets if the US responded militarily.

Addressing MPs Ben Wallace called for de-escalation but insisted he was “not going to rule out anything” when asked if British forces would join a military attack on Iran.

“The UK will do what it has to do to defend its persons, its citizens and wherever it needs to do that. That is our duty,” said Wallace. “We cannot say what is in the minds of Iran or anybody else in the future and that’s why we will always reserve our right to take that decision.”

Asked what would happen if Iran had killed a British civilian or soldier, he said the response would be “proportionate”.

Jeremy Corbyn accused Boris Johnson of “hiding behind his Defence Secretary” for not giving the statement to the Commons. The Labour leader said the prime minister should have “immediately cut short his holiday to deal with an issue that could have grave consequences for the UK and the world”.

Boris Johnson was on a 12-day holiday on the Caribbean island of Mustique when the chief of the Islamic Revolutionary Guards Corp’s Quds Force was killed.

Donald Trump had ordered the drone strike at an Iraqi airport Iranian officials were visiting on a diplomatic mission. Trump only returned from a holiday at his Mar-a-Lago resort after 17 days. He is yet to make a full public statement on the Iranian military retaliation.

‘Hiding’ Boris Johnson ‘scared to stand up to President Trump’

In the Commons, Jeremy Corbyn demanded to know why Boris Johnson was not in the House to address MPs, accusing him of “hiding behind his Defence Secretary”.

“Isn’t the truth that he’s scared to stand up to President Trump because he’s hitched his wagon to the prospect of a toxic Trump trade deal?” he said.

“Instead, at this highly dangerous moment, we find the Government giving cover and even expressing sympathy for what is widely regarded as an illegal act, because they’re so determined to keep in with President Trump.”

“This is a provocative act which has made the whole world a much more dangerous place.”

Corbyn was repeatedly asked whether he would label the targeted general as a terrorist. He replied: “Soleimani is the head of special forces of Iran – they obviously operate in all kinds of places that you and I would not agree with or want.

“That is not the point. The point is it’s an illegal act that took place and if we want to end illegal acts by anybody; you don’t commit them yourself.”

His comments come amid criticism Johnson had been slow to respond to the crisis, not returning from his new year break on the private Caribbean island of Mustique until the weekend.

The Prime Minister’s official spokesman said he was continuing to talk to other world leaders and had “overseen the ministerial response” by the Government.

“The PM leads a Cabinet Government and the response to events in the Middle East is a collective Cabinet response,” the spokesman said.

“The UK will always defend the right of countries to defend themselves,” said Ben Wallace, insisting that Gen Soleimani had been in neighbouring Iraq when he was hit to “co-ordinate murder and attacks on US citizens”.

Yet the Government is putting in place “urgent measures” to protect British nationals and interests amid fall out from the assassination, the Defence Secretary also told MPs.

Wallace said non-essential personnel had been moved out of Baghdad while Royal Navy warships and military helicopters were on heightened readiness to assist if needed.

In a Commons statement, he again appealed for all sides to “de-escalate” in the wake of the killing of the Iranian military chief Qassem Soleimani in a US drone strike.

At the same time he said Britain would do all it could to encourage Iran to take a “different path”, including working with European allies to “reboot” the nuclear deal abandoned by the US.

“Her Majesty’s Government urges Iran to return to the normal behaviour of the country it aspires to be and resist the urge to retaliate,” he said.

Ahead of a meeting of the National Security Council to discuss the growing crisis, Mr Wallace said the safety and security of UK nationals and interests in the region were of “paramount concern”.

Non-essential personnel had been re-located from Baghdad to the military base at Camp Taji, north of the Iraqi capital, while the Department of Transport was reviewing its advice to British shipping on a daily basis.

“At the same time, Defence are changing the readiness of our forces – including helicopters and ships on stand-by to assist if the need arises,” he said.

“As part of prudent planning, a small team has been sent to the region to provide additional situational awareness and contingency planning assistance.”

The Government has already announced that the Type 45 destroyer HMS Defender and the Type 23 frigate HMS Montrose are to resume duties escorting shipping through the Straits of Hormuz.

General Soleimani had been “no friend of the UK”

Ben Wallace said Gen Soleimani had been “no friend of the UK” and that the Quds force of the Revolutionary Guards Corps which he led had been “one of the foremost architects of Iran’s malign activity” in the region.

“His clandestine operations saw him supply weaponry to proxy forces in Iraq and Afghanistan,” he said.

“He encouraged proxies to develop weapons such as improvised explosive devices that killed and maimed UK soldiers and other Western forces.”

Wallace said the US believed Gen Soleimani had been behind a militia attack which killed a US civilian contractor in Kirkuk in northern Iraq last month and that he had been in Baghdad to co-ordinate “imminent attacks” on US diplomats and troops.”

Since October last year, he said there had been 14 attacks on coalition bases in the country, used by both US and UK forces, and the international “green zone” in Baghdad.