It comes as Donald Trump decried the violence in Kenosha, Wisconsin as ‘domestic terrorism’. 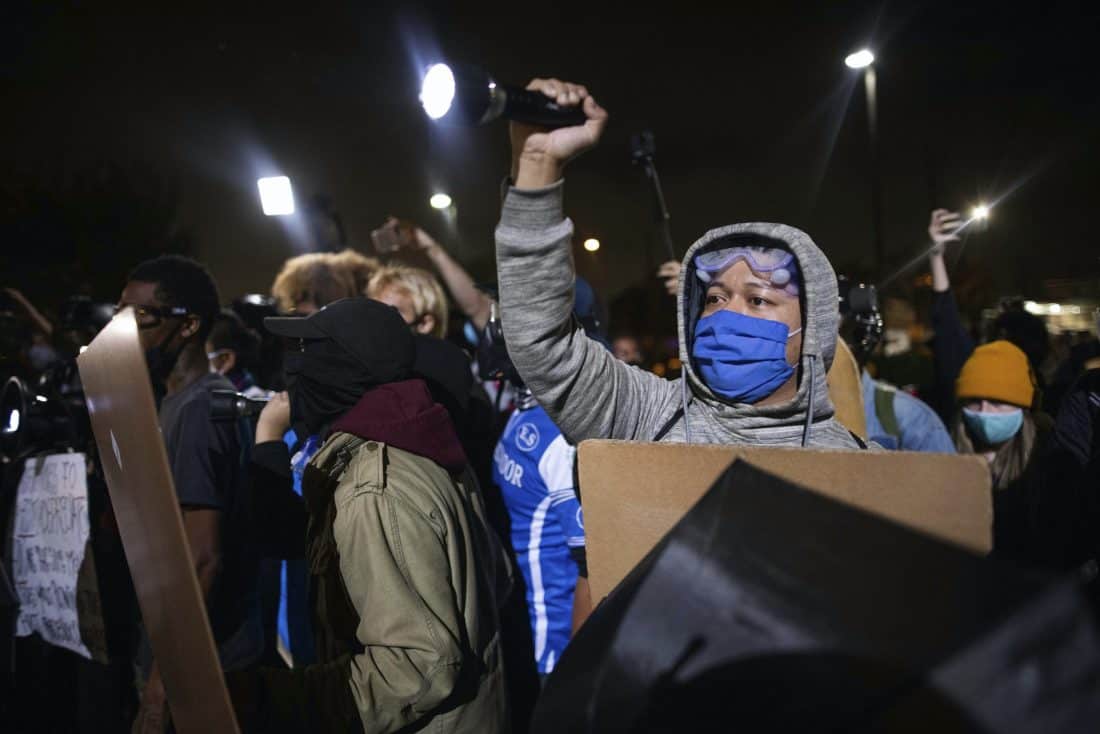 Demonstrators have gathered in Los Angeles after a black cyclist who assaulted an officer during a traffic stop was fatally shot by police, US authorities said.

Mr Crump, a civil rights lawyer known for representing black victims of police violence around the country, wrote in a Twitter post: “They say he ran, dropped clothes and handgun. He didn’t pick it up, but cops shot him in the back 20+ times then left him for hours.”

The attorney asked on Twitter for people to send him any videos of the incident, saying that sheriff’s deputies are not required to wear body cameras.

Dijon Kizzee ran after being stopped while riding a bike in South Los Angeles on Monday, with the Los Angeles County Sheriff’s Department saying in a statement the 29-year-old punched an officer and dropped a bundle that included a gun before he was shot.

People protesting against police brutality marched on Tuesday evening from the shooting scene in the Westmont neighbourhood to a sheriff’s precinct station.

It comes amid renewed demonstrations on the issue since the shooting of Jacob Blake in Kenosha, Wisconsin.

US President Donald Trump visited the city on Tuesday and blamed “domestic terror” for the violence which he declared “anti-American”, making no reference to the underlying cause of the demonstrations or to Mr Blake.

Soon after arriving in the city, a visit made over the objections of state and local leaders, President Trump toured the burnt remains of a block besieged by violence and fire.

With the scent of smoke still in the air, he spoke to the owners of a century-old store that had been destroyed and continued to link the violence to the Democrats, blaming those in charge of Kenosha and Wisconsin while raising apocalyptic warnings if their party should capture the White House.