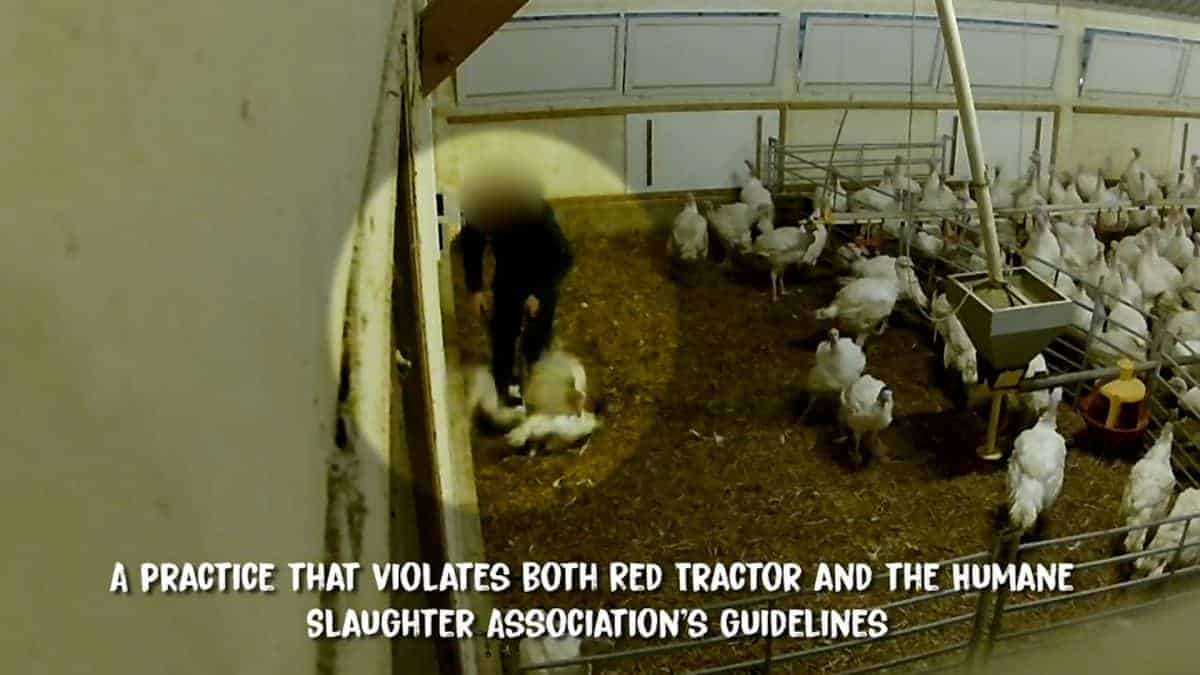 This is the moment a worker at one of Britain’s biggest turkey meat farms was secretly filmed killing birds by crushing their necks with “inhumane” pliers.

The group claims their footage – taken between September and November – shows a worker dislocating the necks of two turkeys.

After crushing the birds’ necks with the pliers, both birds appear to flap around in distress for several minutes.

Human Slaughter Association guidelines say crushing a bird’s neck with pliers, instead of neck stretching, should not be attempted.

The investigation has prompted Red Tractor – the UK’s largest food standards scheme – to drop the turkey farm from their list of suppliers allowed to display their logo.

“Our team witnessed appalling conditions, documenting the systematic abuse of farmed turkeys, whose shorts lives are filled with nothing but misery and pain.

“While some birds were ruthlessly killed with barbaric neck crushing devices others were left to die slow, agonising deaths from their injuries – all for the sake of Christmas dinner.

“Christmas is supposed to be a season of peace and goodwill, and we believe there is no better way to celebrate than to extend our compassion to all beings.

“This is why we are calling on consumers to choose an alternative to turkey this Christmas and choose vegan.”

Animal Welfare group Viva! claim the rate at which these birds grown is unnaturally fast and that the birds’ small legs struggle to hold up their weight.

The group also claims dying birds at the farm were found with untreated bloody wounds, causes by other distressed birds pecking out their feathers.

A spokesman for Avara Foods said: “We have high standards for bird welfare and on, initial review of the footage, we believe there are aspects that fall short and are unacceptable.

“We will continue to conduct a thorough investigation into all practices on this farm and take appropriate action as necessary.”

Sainsbury’s and Gravel Farm have been contacted for comment.