Tim Martin has already successfully campaigned for tax cuts during the pandemic and celebrated government-backed schemes with 'Dishy Rishi' offers. 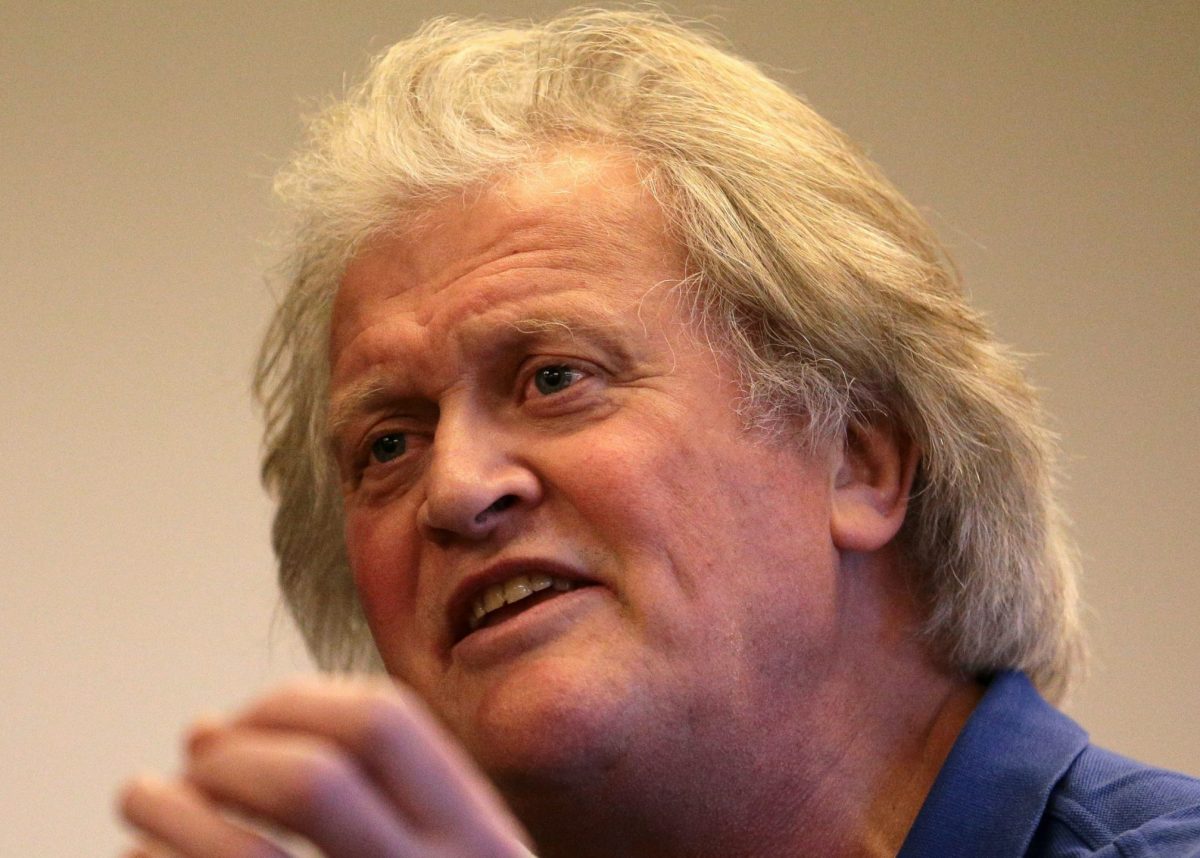 Wetherspoon pubs founder and (seemingly) professor of epidemiology Tim Martin has claimed the Government’s 10pm curfew is a public relations exercise that is unlikely to curb the exponential increase in coronavirus cases.

Mr Martin said pubs were not behind the rise in infections and the Government was imposing the 10pm shutdown on pubs and restaurants to be seen to be doing something.

Sacha Lord, the night time economy adviser for Greater Manchester Combined Authority (GMCA), said some venues may rebel and ignore the curfew as they were facing bankruptcy otherwise while he expected an “explosion” in house parties.

Wetherspoons Chairman, Tim Martin, reacts to the news of pubs having to close at 10pm.
[sound up] pic.twitter.com/6wHo9Betnm

Mr Martin, who founded the Wetherspoon pub chain, told PA: “I think the Government is out of touch and out of control.

“Most people think of a pub, a vision from their youth, people dancing, loud music and raucous behaviour.

“Why have they done it?

“The only thing I can think of is they must have the stats for pubs, very low figures for transmissions, so the reason they have done is it’s for PR reasons.

“They want to be seen to be doing something.

“A curfew is a bad idea because at the moment there’s relatively low level of transmissions in pubs.”

He said, of the 861 Wetherspoons pubs, as of last week, 810 had no infections reported and all were operating track and trace with 40 pubs having only one infection reported.

Mr Martin said only handwashing and social distancing was proven to work against virus transmissions and called on Parliament to “take charge” to debate the way forward, suggesting MPs look at how Sweden is tackling the pandemic.

He added: “Other things like moonshots, circuit breaks and rule of six, and now a curfew, are not scientifically proven to work.”

Mr Lord, co-founder of some of the biggest music events in Europe, including The Warehouse Project and Parklife festival in Manchester, said “staggered egress” will end when pubs and bars all close at the same time.

“I’m expecting it’s going to be back to your traditional ring of the bell at quarter to 10 and doors close at 10.

“From what I’m hearing, I have spoken to a couple of operators, looking at rebelling on it, either go bust or take a chance and not sticking to the curfew.

“These operators are facing bankruptcy.

“Two people have said, we are going to go bust, they might try to squeeze another half hour or an hour out of the curfew, which I don’t condone.

“We have got the biggest student population in Europe (in Manchester).

“This is obviously going to create an upsurge in house parties.

“Students are not going to leave pubs and bars and tuck themselves up in bed at 10pm.

“Come kicking-out time at 10pm, I don’t think you will see crime and disorder but an explosion of house parties.”

“It feels today like the sector is on its knees”

Mr Lord, appointed in 2018 by Greater Manchester Mayor Andy Burnham as an adviser on the regions night-time economy, said there are 900,00 people still furloughed in the hospitality industry, the UK’s fifth biggest industry, which employs more than three million nationwide and supports 420,000 jobs in Greater Manchester alone.

“Many are fearing for their jobs this morning,” he said.

“It feels today like the sector is on its knees.

“I understand completely safety has to come first, but I don’t think it’s very well thought out.”

Mr Lord said the Government had done some “great things” to help the hospitality sector but with the furlough scheme due to end next month more support is needed citing extended government support for hospitality in France and Spain.

He added: “Bear in mind Chancellor Rishi Sunak said he would stand with business, it feels now, and it’s not just me saying this, it feels he’s turning his back on it.”