Daniel Kawczynski, MP for Shrewsbury and Atcham in Shropshire, was being interviewed by Alexis Conran on TalkRADIO

This is the moment a Tory MP who was roasted live on air for tweeting “inaccurate” Brexit information refused to back track – and then hung up on the interviewer.

Daniel Kawczynsk, 47, was a guest on Alexis Conran’s show on talkRADIO on Sunday – the day after he tweeted a controversial message about the Marshall Plan.

It was a US programme providing aid to Western Europe following the devastation of World War II.

He tweeted: “Britain helped to liberate half of Europe. She mortgaged herself up to eye balls in process.

“No Marshall Plan for us only for Germany. 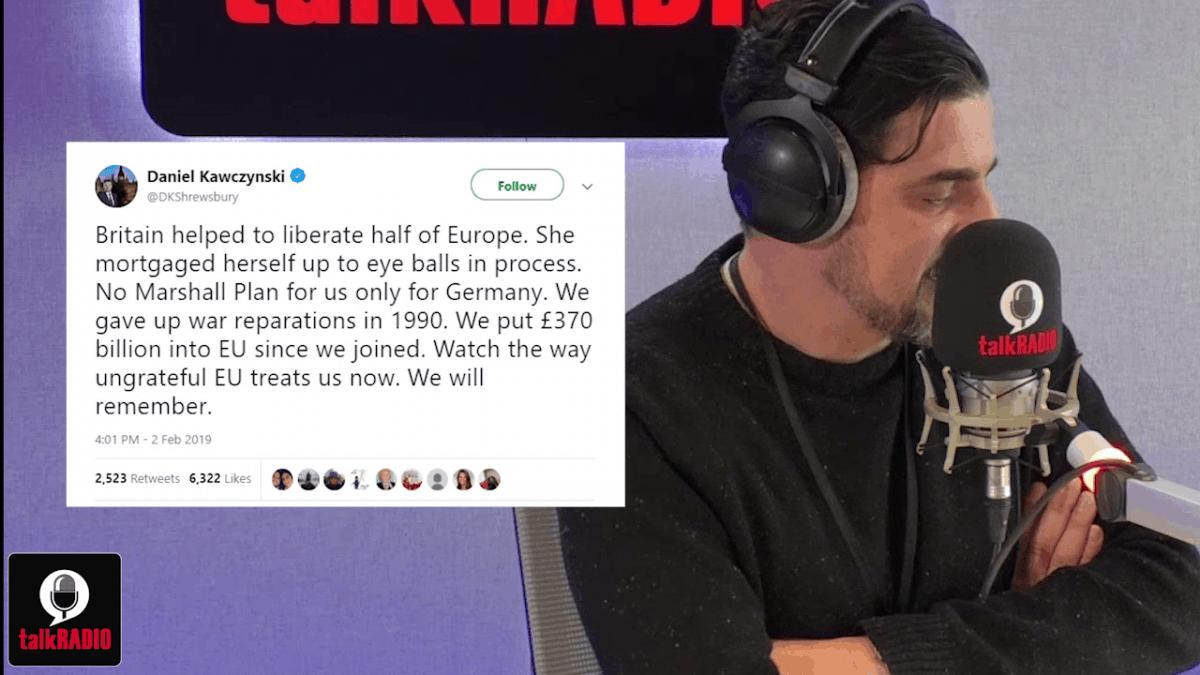 “Watch the way ungrateful EU treats us now. We will remember.”

Some Twitter users were quick to point out that Kawczynsk’s tweet contained factually incorrect information, and this was picked up by Alexis.

Alexis asked: “I had plenty a few questions to ask you Daniel but the first thing I need to ask you is concerning a tweet you put up yesterday.”

He read it out and asked: “Do you still stand by this tweet.”

In his first interview since the tweet, Kawczynski answered: “Well of course I do. I’m the first ever polish born member of parliament.

“We came to this country in 1978 and I’m very conscious of the extraordinary role this country has played in the history of Europe both in the first World War but also the Second World War, and then post war in how this country helped to keep the peace and bring stability to the continent of Europe.

“So this country has been extremely generous but is being treated in a very poor way at the moment by the European Union.”

Alexis pushed: “Ok, so just to be absolutely clear, you still stand by that the United Kingdom, as you say in your tweet, no Marshall Plan for us, only Germany.

“So you’re implying in your tweet that we didn’t receive any money in the Marshall Plan, only Germany did. Do you stand by that?

Kawczynski replied: “The UK mortgaged herself, we only finished…”

But interrupting, Alexis asked: “I’m sorry Mr Kawczynski I asked you a very specific question, are you standing by your tweet that the UK, Britain, didn’t receive any money in the Marshall Plan?

He replied: “I thought I’d been invited to talk to you about Article 50.”

But Alexis continued: “You see the thing is you have and I have plenty of questions for you about Article 50 but I, as someone who is posing the questions, has to figure out whether you are someone who can be trusted with giving answers and the truth is Mr Kawczynski that you have got this completely wrong. 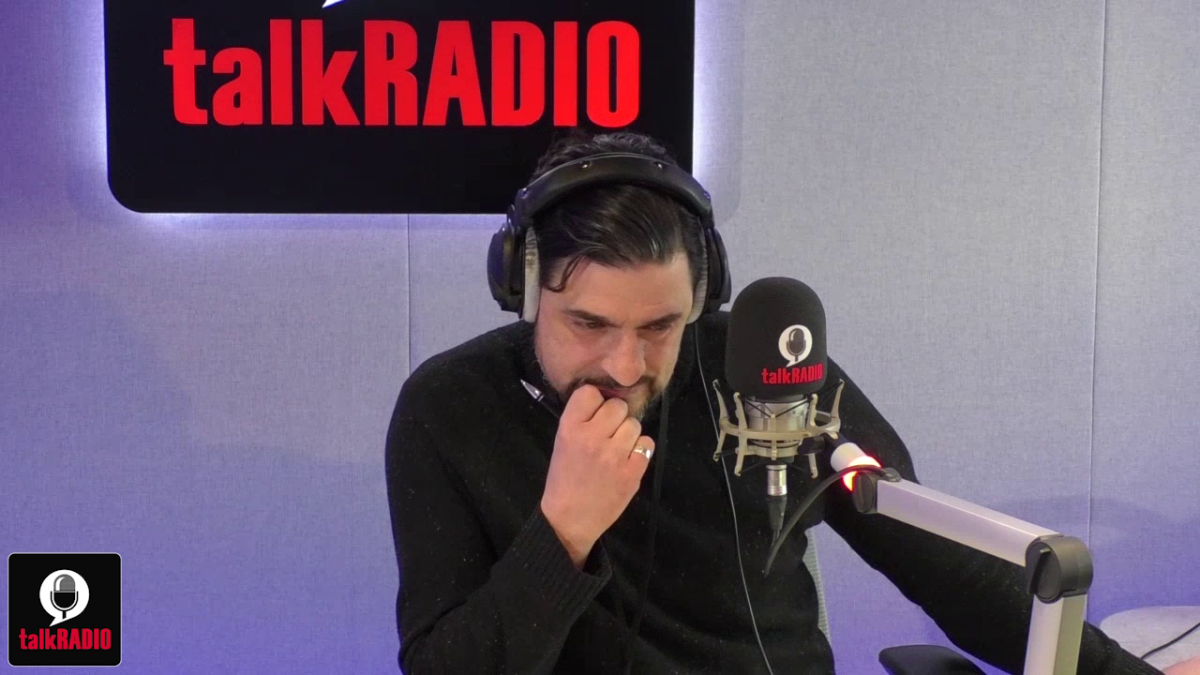 “So now that this has been explained to you, not just by myself but by other twitter users, would you like to apologise for misleading your Twitter followers because your tweet has a lot of retweets and likes and basically it’s inaccurate, would you like to take this opportunity to A, delete it, and B, apologise?

Kawczynski replied accusing Alexis of “giving out wrong information” and the presenter asks him to look it up on a computer.

But Kawczynski replied: “Look, I’ve been asked to come here to talk about Article 50 if you want to talk about article 50, fine, if you don’t we’ll call it a day.”

He was asked about the tweet again – but then hung up.

As of Sunday, Kawczynski’s Tweet had attracted more than 8,000 replies – many from people accusing him of being inaccurate.

Dr Warren Dockter an American expert in British history and lecturer in international politics at Aberystwyth University was among those to call him out.

He tweeted: “As a historian sir, your lack of knowledge alarms me.”

He added that Britain received over a quarter of all the aid – more than any other country in Europe.

The UK was given 26 per cent of funding from America, France received 18 per cent and West Germany 11 per cent, he said.

He said: “Britain received billions from the Marshall Plan and significantly more than West Germany or any other nation.

“Pick up a history book and you will learn that this brand of jingoistic nationalism is what tore our continent apart twice in one century.”

Another Twitter user added: “Oh my God… Britain was the largest single recipient from the Marshall Plan, receiving 26% – more than a third more than Germany!

Another added: “So, I’m trying to figure out if UK MP @DKShrewsbury is simply lying here, or if he is really this ignorant about history (The UK was the largest recipient of Marshall Plan money.)

“Or maybe he doesn’t know how to look up facts before tweeting? Any ideas?”