"The purpose of this walk for change is to bring awareness to the current reality of child exploitation within our own communities and around the world." 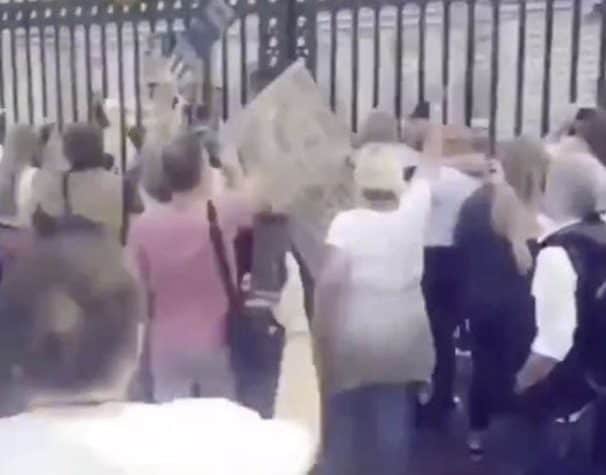 On Saturday afternoon a crowd of people descended on Buckingham Palace and began shouting “paedophile” at the gates.

The protests were over child trafficking and the video footage shows people chanting slogans and brandishing placards, some directed at the Royal themselves.

The rally was organised through the ‘Freedom For The Children Global Walk London’ group on Facebook.

Events also took place in Liverpool and Manchester and protesters were encouraged to wear white T-shirts to show solidarity.

The Facebook post said: “The purpose of this walk for change is to bring awareness to the current reality of child exploitation within our own communities and around the world.

“Let’s show our devotion and determination toward protecting these children, our communities most vulnerable, by requesting change and reformation within our government and law enforcement agencies to ensure that justice is brought in such a manner that it will significantly reduce instances of child exploitation while promoting awareness in order to end this ongoing issue.”