The global use of the euro currency surged from record lows last year, mostly on a flight from the dollar due to the volatility of American politics and concerns about rising U.S. interest rates, the European Central Bank said on Thursday. Demand for the euro, the world’s second most widely used currency after the dollar, […] 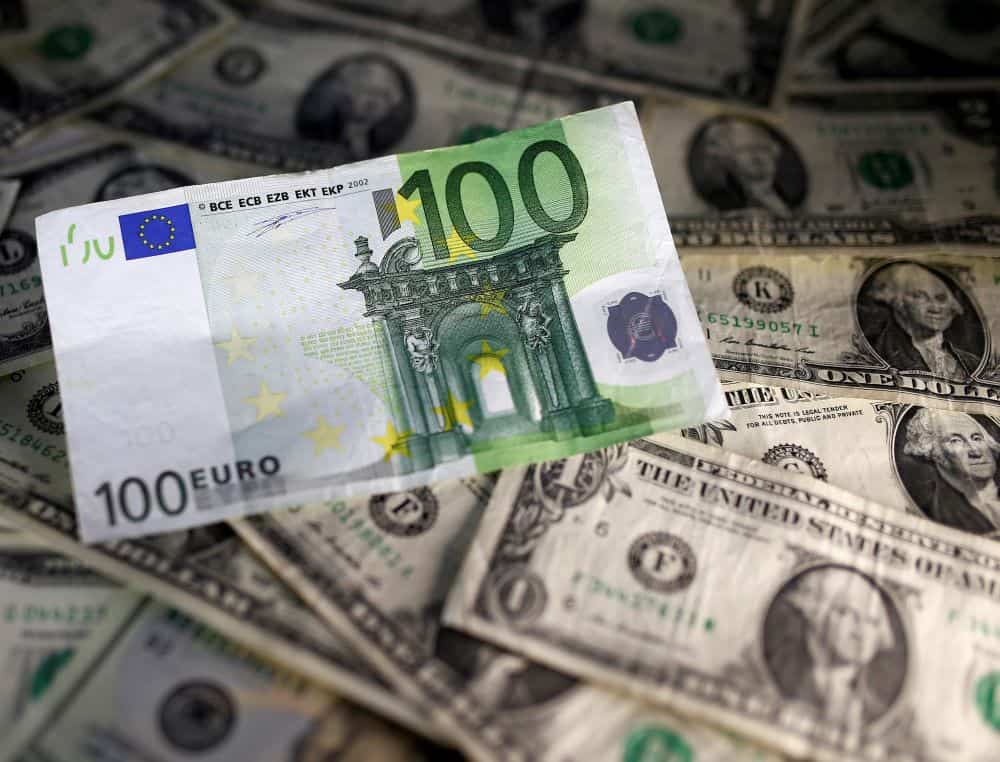 The global use of the euro currency surged from record lows last year, mostly on a flight from the dollar due to the volatility of American politics and concerns about rising U.S. interest rates, the European Central Bank said on Thursday.

Demand for the euro, the world’s second most widely used currency after the dollar, fell to historic lows over the past decade. Its rebound suggests both concerns about U.S. politics and growing confidence about the future of the euro zone, which survived its biggest test yet during its debt crisis.

The euro’s share in global foreign exchange reserves, debt issuance and deposits and outstanding loans all increased while its role as an invoicing currency remained broadly stable, the ECB said.

“It’s primarily a diversification away from the dollar, which benefits the euro,” ECB board member Benoit Coeure said in the presentation of the report, adding that visible progress in reforms and growing prosperity even on the bloc’s periphery added to demand for the euro.

In global foreign exchange reserves, the euro’s share rose by 1.2 percentage points to 20.7%. While this is well behind the dollar’s 61.7%, it is a historic low for the U.S. currency.

For a graphic on Euro’s role on the rise after steady decline’, click: https://tmsnrt.rs/2R9Kl19

Although the dollar remains by far the most widely used currency in the world, its market share has been on a steady decline over the past decade as countries diversify into smaller currencies, including the Japanese yen and China’s renminbi.

“Tentative evidence suggests that concerns about unilateral (U.S.) sanctions may have been another factor supporting diversification of the reserve portfolios of some central banks, such as the Central Bank of Russia,” the ECB said, adding that Russian commercial banks also grew fearful that sanctions may limit their ability to conduct dollar transactions.

“China also reduced its holdings of U.S. Treasury securities in the course of 2018 in an environment of escalating global trade tensions, to the tune of about $60 billion (£47.3 billion),” the ECB said.

For a graphic on ‘Euro’s role on the rise after steady decline’, click: https://tmsnrt.rs/2R7S682

The European Commission has made it a goal to carve out a bigger role for the euro, partly to raise the bloc’s global political clout, but the fragmented nature of the common currency area inhibits this process, the ECB said.

The euro zone’s banking and capital market unions remain incomplete and it also needs a safe asset, efforts that have largely been blocked by Germany on concerns that its taxpayers could end up liable for financial irresponsibility elsewhere.

In global loans, the euro’s market share rose 0.8 percentage points to 19.3% while in daily foreign exchange trading, it rose by 0.7 percentage point to 37.7%, the ECB added.