The victim, a man in his 50s, needed stitches after the savage, unprovoked attack. 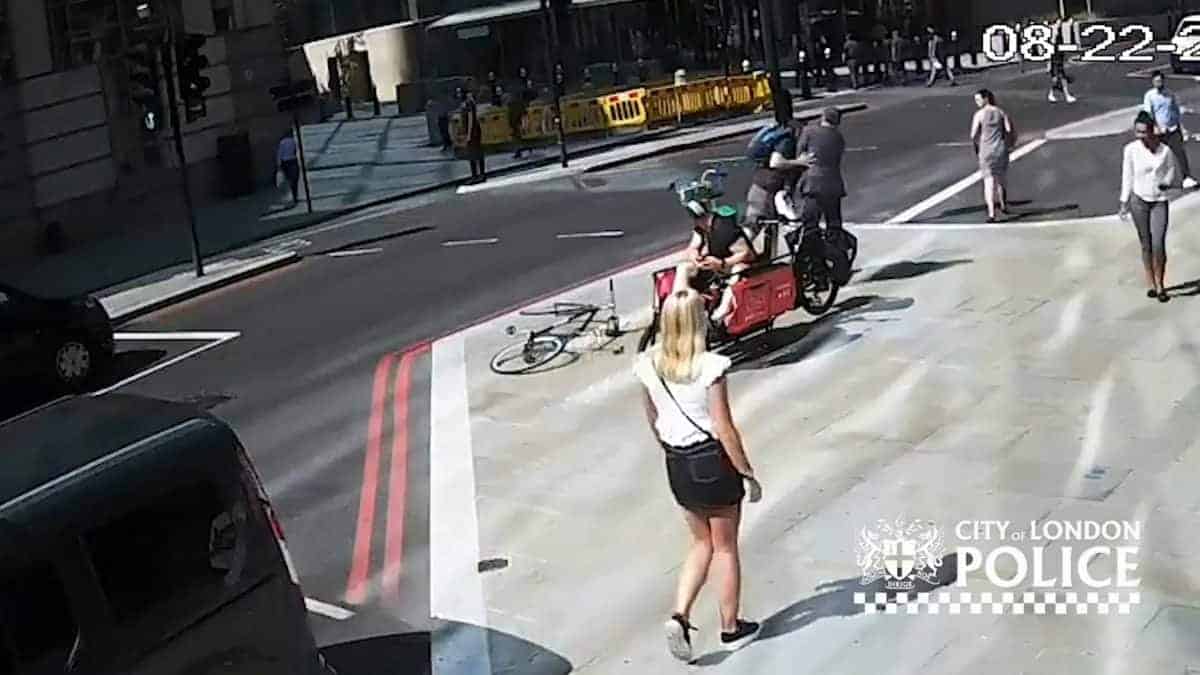 A vicious cyclist is being hunted by police for jumping a red light and knocking a pedestrian to the floor – with a brutal headbutt.

The cyclist was caught on camera delivering the savage blow in broad daylight, seconds after he almost collided with the pedestrian while running a red light.

City of London Police have launched an appeal to track down the cyclist, after the victim, a 57-year-old man, needed stitches.

The horrific attack was captured on CCTV in Farringdon, central London, on August 22.

Footage released by cops shows a near miss between the pedestrian, who had right of way, and the impatient cyclist.

The cyclist then got off his bike, walked over to the businessman and delivered a savage butt that left his victim sprawled on the ground.

PC Fisk, from the City of London Police, said: “We are asking the public to help us identify this cyclist, whose needlessly violent actions has left a member of the public with some nasty injuries.

“If anyone has any information about the man who carried out this assault, please contact us.

“He is described as a white man in his 40s, around 5ft 10, of medium build, with short greying hair.”