“This is the second such attack in the South East within the past few weeks and it's only a matter of time before someone is seriously hurt or killed." 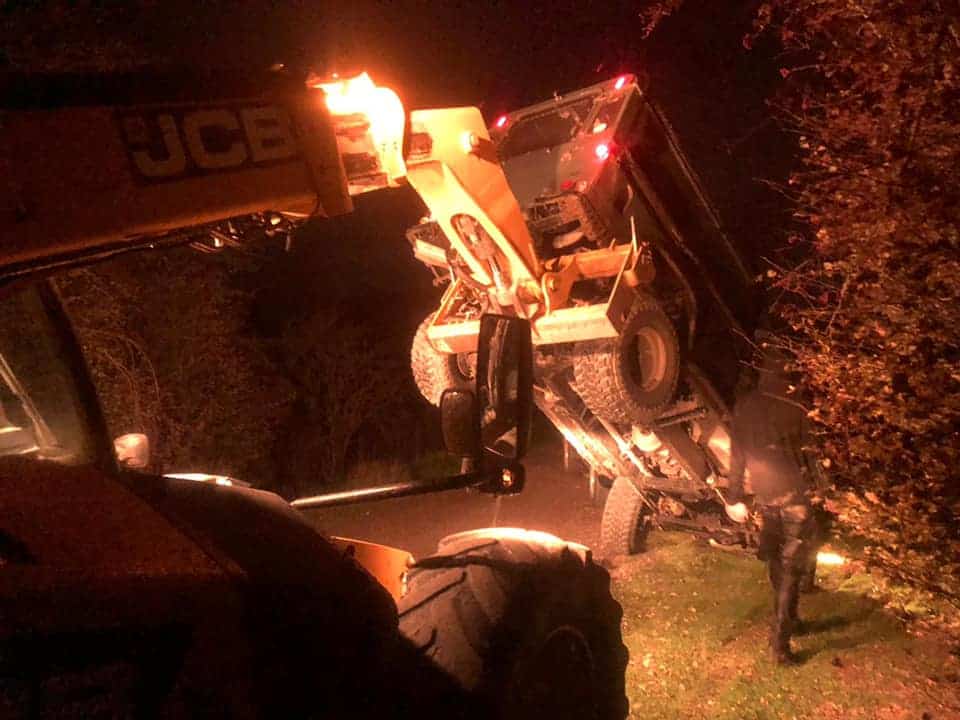 A vehicle belonging to South Coast Hunt Saboteurs was lifted up in the air on the spikes of a JCB, risking the life of the occupants, whilst sabs were intervening at a wildfowl shoot that was taking place despite the national covid lockdown.

Members of the shooting party were attempting to kill ducks, geese and marsh harriers (who are included in the Amber list of UK species of conservation concern and are legally protected), shooting the birds as they were flying home to roost as dusk fell on the afternoon of Friday the 20th November.

They became angry and frustrated on finding that they had sabs at their killing spree and it is alleged they became aggression with the sabs, pushing one into a ditch, attempting to run others over with a quad bike and breaking phones and cameras.

When these attempts were unsuccessful they blocked the sab vehicle in on a narrow lane before attacking it with a spiked JCB. The vehicle was lifted up in the air before the attackers pulled the plug on the diesel tank and emptied it of fuel. The driver and navigator, who were trapped inside had to make an emergency call to the police.

Lee Moon, spokesperson for the Hunt Saboteurs Association, stated: “This is the second such attack in the South East within the past few weeks and it’s only a matter of time before someone is seriously hurt or killed.

“Violence is a way of life for the hunting and shooting community and they are quick to use aggression against those who try and stop them killing. It’s unbelievable that in the middle of a national lockdown people still go out shooting birds when the majority of the population are making huge sacrifices”

Related: Fox hunters disclose how they create “smokescreens” to provide defence to huntsmen in leaked webinars