By Joe Mellor, Deputy Editor There is “credible” evidence of illegal weapon sales at the DSEI arms fair. The House of Commons Committee on Arms Export Control, plan to look into allegations that a judge said had not been “appropriately investigated by the authorities”. This news comes after the acquittal of eight anti-arms trade protesters who […] 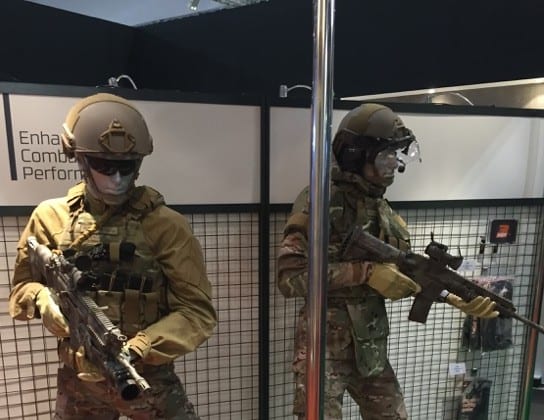 There is “credible” evidence of illegal weapon sales at the DSEI arms fair.

The House of Commons Committee on Arms Export Control, plan to look into allegations that a judge said had not been “appropriately investigated by the authorities”.

This news comes after the acquittal of eight anti-arms trade protesters who attempted to blockade the 2015 DSEI arms fair. They claimed they were trying to prevent a bigger crime from taking place inside the arena, with countries buying and selling weapons from each other.

I personally filmed at the event last year for Al Jazeera and was unsettled by what I saw, and wondered what happened in meetings outside of the Excel event, in bars and restaurants across the capital.

The Committee on Arms Export Control said: “The committee does not currently have plans to launch a specific inquiry on DSEI. However, we are looking at the impact of the Arms Trade Treaty on the arms market in Britain, and alleged illegality at arms fairs would certainly be a part of this.”

A spokesperson for DSEI said: “All our exhibitors are contractually bound to ensure that they exhibit at DSEI in a manner which is compliant with all relevant arms control legislation. We are explicitly clear that any exhibitors or individuals found to be in breach of compliance regulations at DSEI will be immediately ejected.”