Sales of chalk will have hit new highs this weekend as thousands of vegans across the globe joined together in a collective ‘chalktivism’ event – a worldwide effort to help spread and celebrate the vegan cause. With the success of documentaries Cowspiracy, Earthlings and Forks Over Knives, the vegan movement has seen a 350% increase […] 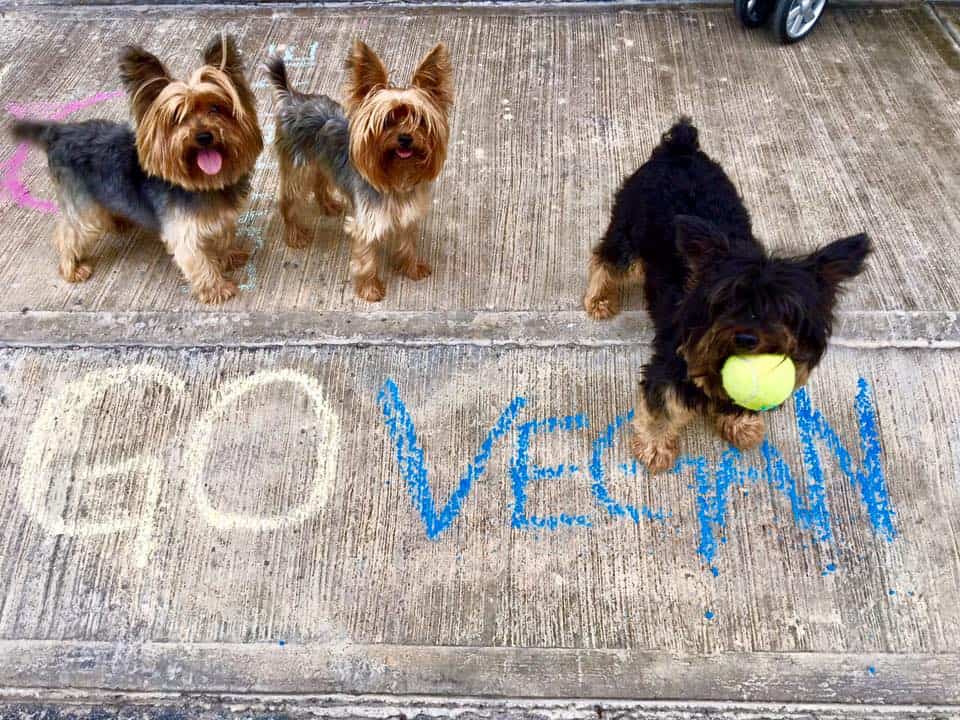 Sales of chalk will have hit new highs this weekend as thousands of vegans across the globe joined together in a collective ‘chalktivism’ event – a worldwide effort to help spread and celebrate the vegan cause.

With the success of documentaries Cowspiracy, Earthlings and Forks Over Knives, the vegan movement has seen a 350% increase in the UK in recent years.

Six years ago, James DeAlto, from Raleigh, North Carolina, USA, went vegan after his best friend enlightened him about the horrific suffering imposed on animals by and for humans. Determined to effect change with real-world activism, James realized the answer may lie with a humble stick of chalk, a witty way with words and a sunny day.

Scribbling chalk slogans on the pavement, James wondered if passers-by, both vegan and non-vegan, considered his messages. When the people of Raleigh discovered James was behind the beautiful there-one-day, washed-away-with-the-rain-the-next messages, they enthusiastically implored James to keep on chalking. An idea was born. James started promoting the idea through a Facebook page, Vegan Chalk Challenge, creating the first international event in 2015. Over 1000 people joined in a coordinated chalk-off around the world.

In January 2016, a second event saw 1600 people get their chalk on, from America, Australia, the UK, India, Mexico, Germany, Switzerland, Brazil, Spain and China.

The buzz continues. Chalkers all over the world are organising local events, spreading compassion and kindness. This weekend, nearly 3000 people have shared pictures with the hashtag  #VeganChalkChallenge

James says: ‘The response has been unequivocally positive. I see “collective chalking” as a viable path to getting issues heard on a global scale. I’m optimistic the vegan movement will see this as a golden opportunity to put our differences aside and concentrate on getting the “V word” plastered in public spaces. This movement is more contagious than anything I’ve seen since I became an activist in 2011.’

Next up, James is building a grassroots campaign group in North Carolina, Vegans For Peace. He says: ‘Our mission is to expand our vegan community, empower activists and build bridges with other social justice movements.  We need to strengthen our network and put the infrastructure in place to be an ongoing movement to shine a light on the atrocity of animal exploitation.’

As James packs his chalk and heads off with his crew to hit the streets of downtown Raleigh he leaves us with this: ‘If you believe in veganism, if you are heartbroken by the enormous violence inflicted upon our fellow earthlings, please get active for animals in whatever way you’re able. Chalking is accessible, fun, effective and if we coordinate our efforts, we can build this movement so big that we cannot be ignored.’

James has started something that can’t be stopped. Isabelle Tamm from Geraldton, Western Australia perhaps sums up the feelings of the united nations of vegans, as she accompanied her photograph with these sentiments: ‘Chalkin’ about a revolution. Never have I ever had a negative response from the public in regards to chalking. Only ever compliments. It brings the inner child’s sparkle to adult’s eyes. It brings colour, art and surprise to the mundane everyday. It just brings a smile to people’s faces and I’ve even met other vegans through chalking. It sparks conversation between strangers, breaking down society’s antisocial barriers. So grab some chalk and colour the world with your compassion.’

To join in, visit www.veganchalkchallenge.org or look for the campaign across social media using #VeganChalkChallenge