The UKIP wheels continue to fall off; this time the issue is using EU cash to push the Brexit referendum campaign. A leaked document, seen by Sky News has found that the party used EU funds on polling in the build up the EU referendum and the General Election. Using the funds for these campaigns […] 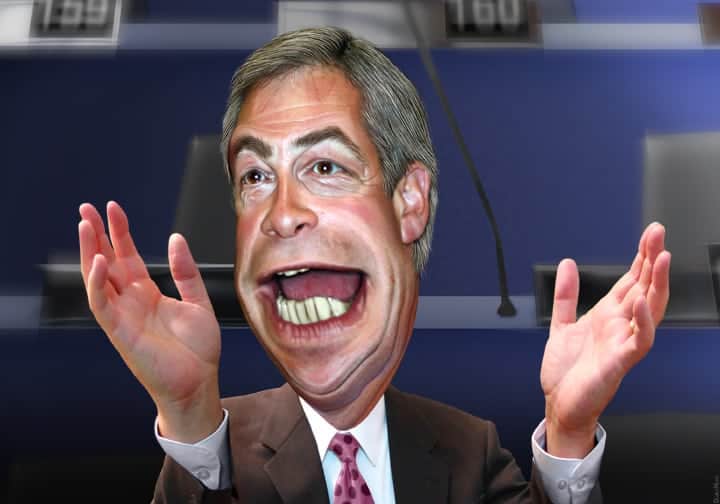 The UKIP wheels continue to fall off; this time the issue is using EU cash to push the Brexit referendum campaign.

A leaked document, seen by Sky News has found that the party used EU funds on polling in the build up the EU referendum and the General Election.

Using the funds for these campaigns breaks EU spending rules and means the party will have to pay back all or a portion of the total sum spent.

The party splurged taxpayers’ cash polling in key UKIP target constituencies ahead of the General Election and also ahead of the EU referendum.

The money was provided to the European political grouping, the Alliance for Direct Democracy in Europe (ADDE), which is dominated by UKIP members.

It has been a turbulent time for UKIP recently with UKIP MEP Steven Woolfe and UKIP MEP Mike Hookem involved in a physical fight that left Mr Woolfe in hospital. Alongside that unsavoury incident newly appointed leader Diane James stood down after only 18 days at the helm, as she did not have “sufficient authority” to make the changes she wanted to the party.

Ex-Leader Nigel Farage was the first British politician to meet with Donald Trump after his election victory and doesn’t seem too keen on returning to the party to steady the ship. He said he is “done” with party politics and will campaign on issues, however, there have been rumours he could work as a go between the US and the UK, however that has been rejected by the British Government.

A spokesman for ADDE said: “The parliament administration has for months taken an aggressive and hostile attitude over the audit, amounting to nothing short of deliberate harassment.

“We have responded to their queries with a mass of information and explanation justifying our activities and expenditure. They have simply ignored our submissions and in several cases these submissions have been made repeatedly on their request.”