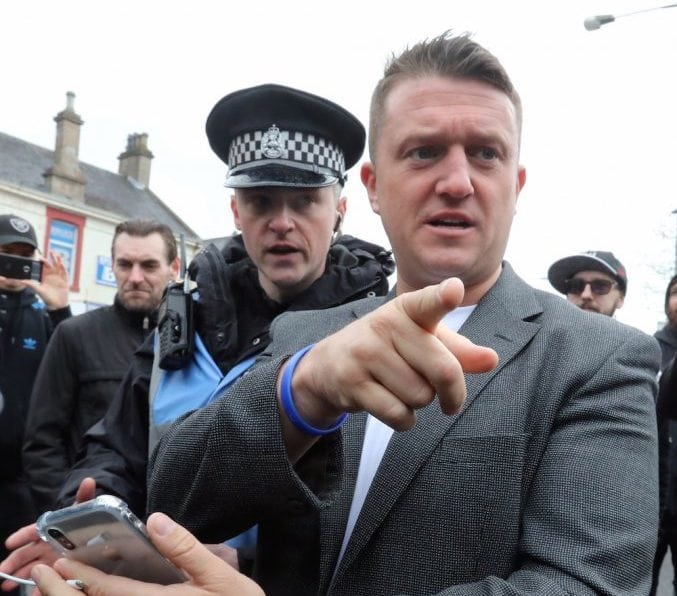 Gerard Batten has said he would support bringing Tommy Robinson into the party, but that it isn’t likely to happen in the near future.

Speaking ahead of the UKIP 2018 conference the newly elected party leader confirmed Robinson could be given a route into mainstream politics.

In a Sky News interview he denied courting the far right before confirming previous statements that he would welcome Robinson into the party.

Demonstrators clashed with the police and anti-racism protesters at the rally, where three people were arrested, including one protester who swung a Union flag at a police officer on horseback.

Batten addressed the crowd saying “industrialised gang rape and sexual exploitation” is being covered up by the political and media establishment, pointing the finger directly at people from the “Muslim of the Islamic religion”.