A UKIP councillor who represents the birthplace of the Paralympic Games has been fined for fraudulently using a disabled blue parking badge. Chris Adams, 50, told a traffic warden, “I’ve been a naughty boy” after being caught using a friend’s badge when he claimed to be unable to find alternative parking. But a court heard […] 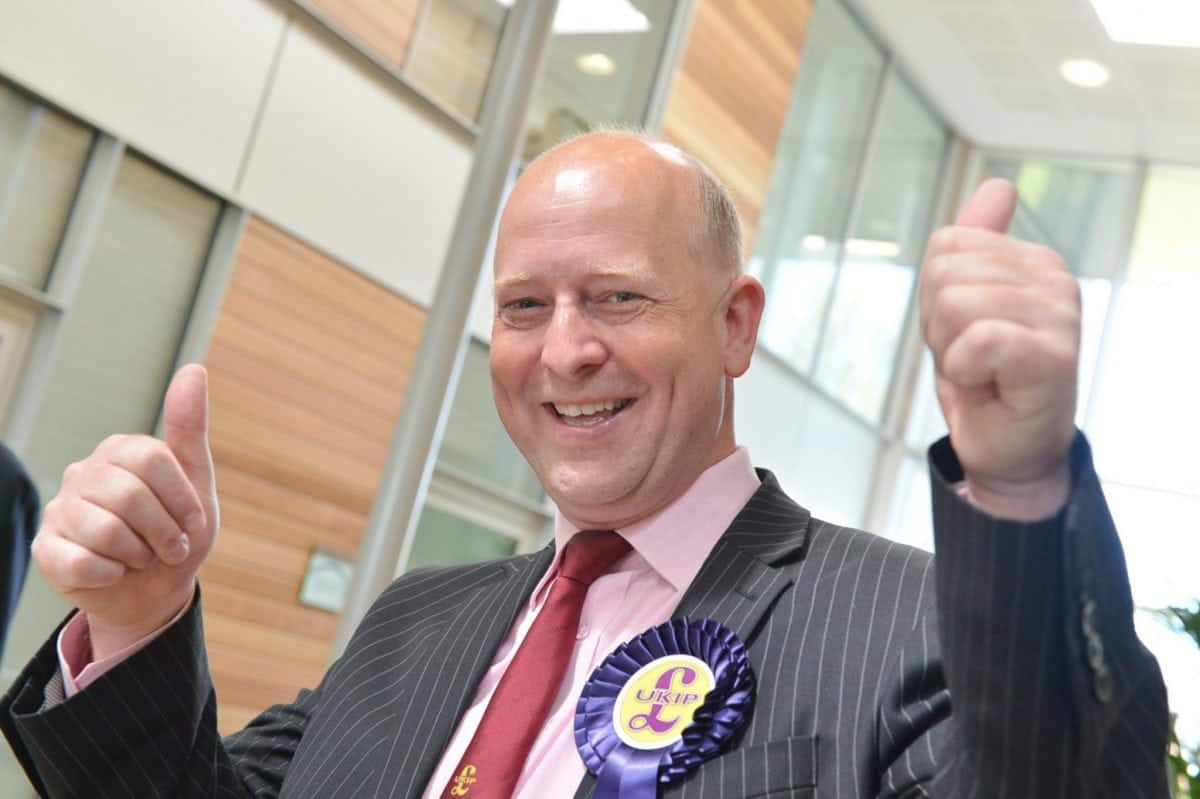 A UKIP councillor who represents the birthplace of the Paralympic Games has been fined for fraudulently using a disabled blue parking badge.

Chris Adams, 50, told a traffic warden, “I’ve been a naughty boy” after being caught using a friend’s badge when he claimed to be unable to find alternative parking.

But a court heard there was a multi-storey car park adjacent to where he parked up on a visit to Portsmouth on September 17 last year.

Prosecutor Jenny Ager told the court that Adams had parked in a space in Mary Rose Street in the centre of Portsmouth.

He had driven to the city for a wedding and had travelled from Bournemouth where he told the court he had dropped the badge holder at a conference.

Ms Ager, prosecuting for the Buckinghamshire County Council which issued the badge, said: “He said he used the badge because he couldn’t find alternative parking despite a multistorey car park being adjacent to where he parked.” She added that when confronted by the parking warden, Adams told him the badge holder was with him when he parked.

“He said the badge holder was waiting in Guildhall Walk to be collected,” Ms Ager said.

The warden, who confiscated the badge, agreed to meet Adams and the friend but the friend did not turn up.

Ms Ager said when he was questioned by the enforcement officer, Adams said: “I’ve been a naughty boy.”

Adams came second against Conservative David Lidington in the 2015 general election in the battle for the Aylesbury seat.

He now represents Stoke Mandeville for UKIP which became the birthplace of the Paralympic Games on 29 July 1948.

Defending him, Kate Watts said that Adams had “made a mistake”.

“He parked in the middle bay which was not marked as disabled, the left and right bays were,” she said.

Miss Watts told magistrates the permit had only been on display because he had left it on the dashboard from when his friend had been in the car on previous days.

Blue badges enable disabled people to park for free in pay and display bays and for up to three hours on yellow lines, while in London they exempt holders from having to pay the congestion charge.

Blue badges are only allowed to be used when the holder of the badge is driving the vehicle or is a passenger and the misuse of a blue badge is a criminal offence.

“For disabled people, blue badges are a vital lifeline that helps them get out and about to visit shops or family and friends.

“Callous thieves and unscrupulous fraudsters using them illegally are robbing disabled people of this independence.

He added: “It is important to catch these criminals in the act

“To help councils win the fight against blue badge fraud, residents must keep tipping us off about people they suspect are illegally using a badge, bearing in mind people’s need for a badge might not always be obvious.”