There are these peak learning moments in all our lives that don’t necessarily happen in classrooms, or from reading books, not even from sitting on your grandfather’s knee while he teaches you the good rules of living. Certainly all those can all apply, yet sometimes true learning moments come out of nowhere, unexpected from their […] 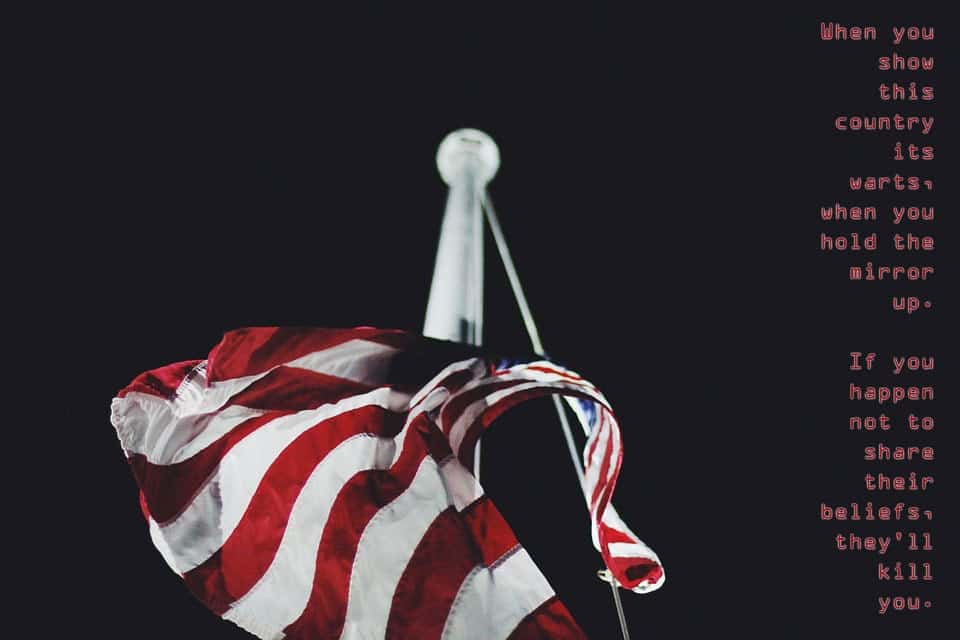 There are these peak learning moments in all our lives that don’t necessarily happen in classrooms, or from reading books, not even from sitting on your grandfather’s knee while he teaches you the good rules of living. Certainly all those can all apply, yet sometimes true learning moments come out of nowhere, unexpected from their sources and as such those become the vivid ones, the ones where some important aspect of the world reveals itself with the shocking vividness of bandages removed from the eyes of the formerly blind.

Long-time readers may well have encountered the following story, but for the rest of you – welcome! – this is the story of racism in America. There is no transcript or YouTube clip that I can find for the following, but please trust me. There was an interview with the late tennis player and Human Rights activist Arthur Ashe that is fused, seared, branded in my mind forever. Read on.

There used to be an interview show called Up Close that aired at 5 PM, Monday to Friday on ESPN. The host was Roy Firestone and he would engage in an in-depth half hour interview with an athlete or coach, occasionally a sportswriter, and it was my regular dinnertime viewing for a decade or so. Somewhere in the early 1990s, Firestone’s guest was Arthur Ashe. Ashe had made his public announcement that he had been infected with AIDS because of a blood transfusion and he was spending the short remainder of his life educating others about that disease and HIV in general.

Firestone, who was a very good interviewer, asked Ashe a brilliant question. ‘Arthur’ he said, ‘which is more difficult for you? Is it having AIDS or being black in America?’ With I assure you at least ninety percent accuracy, this is my memory of Arthur Ashe’s answer:

You have, I am sure, at least read and likely have seen the events in Charlottesville, Virginia over the weekend. A group of neo-Nazis (I don’t use the term alt-right as to do so is to place a pastiche of novelty over an aged and insidious sin) gathered to protest, counter-protestors interceded, a madman with a car killed three people, the President did not specifically condemn white supremacy, racism continued.

This was the precise and horrible fear so many of us had when Donald J Trump was elected. Since the end of World War Two, those who engaged in Nazi salutes, shrieked about the superiority of the white race, burnt crosses and hung black men or raped black women had been – not eliminated – at least marginalized to the darkest corners at the furthest, nearly invisible fringe of America society. Yes, the vast majority of white Americans still made a judgement about any black person or any individual of any other race based on their perception of what skin colour ‘meant’, however overt prejudice was just not something one evidenced in public. The burning crosses of hatred had not been eliminated, but they had been reduced to dying embers.

Trump has not and never will make America great again. However, he has legitimized America to hate again. His mockery of the disabled, his refusal to immediately refuse the endorsement of David Duke (a former Grand Wizard of the Ku Klux Klan), his proposed travel ban based on religion – all of these or any of these signaled to the racists in the shadows that they could once again swagger freely in the streets. Relatively, it all made Enoch Powell’s ‘Rivers of Blood’ speech seem like a Gay Pride parade.

In one of his later essays, the Italian philosopher and semiotician Umberto Eco noted in detail that throughout history civilization has continued with a central weakness. That is, whomever the dominant race or group happens to be at the time, it always has some sub-culture within it that the dominant fear and hate because of their appearance or rituals: Romans v. Carthaginians, Christians v. Jews, whites v. Blacks, on and on the disease mutates and continues. And it can be a very dangerous thing to reist the disease. As the now aged black activist H. Rap Brown once said of America in specific, ‘This is a very unforgiving country when you show this country its warts, when you hold the mirror up. If you happen not to share their beliefs, they’ll kill you.‘ Yes, simple as that. They’ll kill you.

I never forgot that interview with Arthur Ashe. How could I? For every time since that I have met a black man or woman, Asian, Jew or Arab, anyone from any other race, religion, language or culture, I have looked inside my soul for what my own instinctive reaction is. If it is positive, carry on. If there is even a hint of suspicion, bred by God knows what stupidity that media or other influences inflicted on my perceptions, resist.

We will not eradicate racism in our lifetime, nor in our children’s lifetimes. We can but drive it back to the margins, out of sight, out of favour, away from our ears and our eyes. We must resist. By any means necessary.