Health authorities see the declaration as a rare glint of good news in Africa amid the coronavirus pandemic. 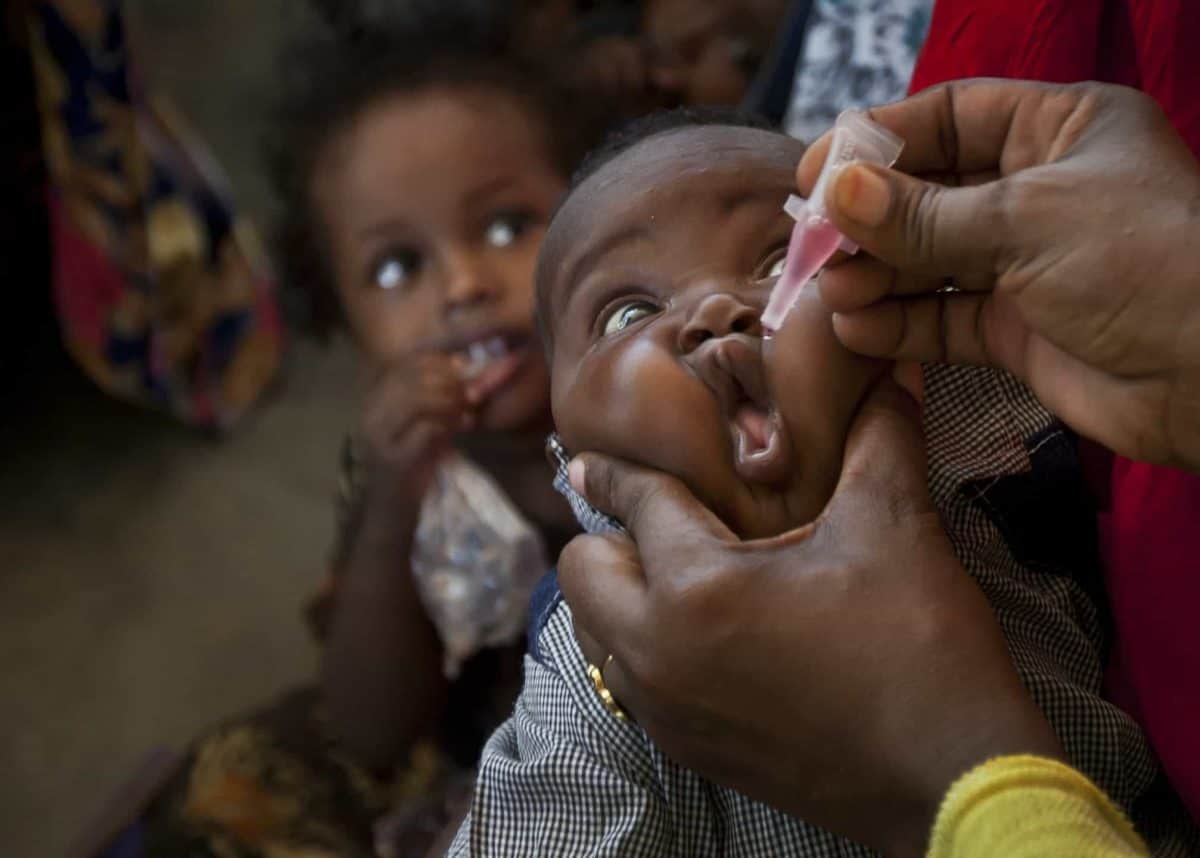 Science, vaccines and supply chain logistics have been hailed after health authorities declared the African continent free of wild polio.

The announcement by the African Regional Certification Commission for Polio Eradication comes after no cases have been reported for four years. Polio once paralysed some 75,000 children a year across Africa.

The declaration leaves Pakistan and neighbouring Afghanistan as the only countries thought to still have the virus, with vaccination efforts against the highly infectious, water-borne disease complicated by insecurity and attacks on health workers.

“Today we are also celebrating another public health triumph: the eradication of wild poliovirus in Africa.
This is an incredible achievement, and a much-needed cause for celebration.”-@DrTedros #RCAFRO70 pic.twitter.com/V1rpBq5Vn6

Health authorities see the declaration as a rare glint of good news in Africa amid the coronavirus pandemic, an Ebola outbreak in western Congo, the world’s worst measles outbreak in Congo and the persistent deadly challenges of malaria, HIV and tuberculosis.

“This is an incredible and emotional day,” World Health Organisation Africa director Matshidiso Moeti said, but she urged vigilance as the coronavirus threatens vaccination and surveillance efforts.

The World Health Organisation (WHO) says it is just the second time a virus has been eradicated in Africa, after the elimination of smallpox four decades ago.

But sometimes patchy surveillance across the vast continent of 1.3 billion people raises the possibility that scattered cases of wild polio still remain, undetected.

The final push to combat wild polio focused largely on northern Nigeria, where the Boko Haram Islamic extremist group has carried out a deadly insurgency for more than a decade. Health workers at times carried out vaccinations on the margins of the insecurity, putting their lives at risk.

Africa’s last reported case of wild polio was in Nigeria in 2016. The country had been removed from the global list of polio-endemic nations a year earlier, a step towards being declared polio-free, but new cases were then reported in children in the north – a stark example of the difficulties in combating the disease.

I interviewed @BillGates at a conference a little while ago about the extraordinary work his foundation was doing to eradicate #polio – it mixed the use of science, data, and supply chain logistics to map precisely where vaccines were needed. It was nothing short of inspirational

This new declaration does not mean Africa is polio-free. Cases remain of the so-called vaccine-derived polio virus, which is a rare mutated form of the weakened but live virus contained in the oral polio vaccine.

Health authorities have warned that the coronavirus pandemic has disrupted vaccination work in many countries across Africa, leaving more children vulnerable to infection.

In April, the WHO and its partners reluctantly recommended a temporary halt to mass polio immunisation campaigns, recognising the move could lead to a resurgence of the disease. In May, they reported that 46 campaigns to vaccinate children against polio had been suspended in 38 countries, mostly in Africa, as a result of the coronavirus pandemic.

Eradicating polio requires more than 90 per cent of children being immunised, typically in mass campaigns involving millions of health workers that would break social distancing guidelines needed to stop the spread of Covid-19.

Health officials had initially aimed to wipe out polio by 2000, a deadline repeatedly pushed back and missed. Even now in north-eastern Nigeria, thousands of children remain out of reach of health workers carrying out vaccinations.