A Conservative MP broke down in tears following heavy losses for the party in Essex. The Tories lost a comfortable majority in Chelmsford and also relinquished control of two other councils in the county. MP Vicky Ford appeared visibly frustrated following the count in Chelmsford. She told the BBC: “I think it is really disappointing […] 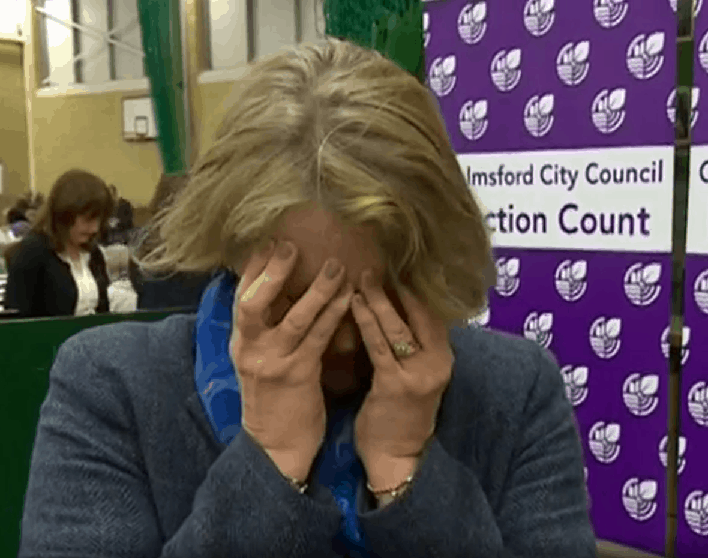 A Conservative MP broke down in tears following heavy losses for the party in Essex.

The Tories lost a comfortable majority in Chelmsford and also relinquished control of two other councils in the county.

She told the BBC: “I think it is really disappointing when you look at some of the individuals who have lost their seats tonight,” she said.

“People who have worked their socks off for Chelmsford.

“Some of those councillors who have really worked so hard and helped to make Chelmsford so fantastic.

“They have lost their seats as a result of what is happening nationally reflecting back in people not wanting to turn out and vote locally.”

The Lib Dems took control of Chelmsford City Council, with Basildon Council, Tendring District Council and Southend Borough Council lost to no overall control as the Conservative’s majority was slashed by a third.

Maldon District Council saw a 25-seat majority slashed to just one by gains from independents.

In Tory target council Colchester, their local group leader lost his seat to the Greens.