By Alexander Murtagh A few weeks prior to the election even the most senior of Tory politicians wouldn’t have been arrogant enough to even suggest they were in line to win a majority in the House of Commons, but now they have been elected with just that. We have already seen David Cameron’s glistening ego […] 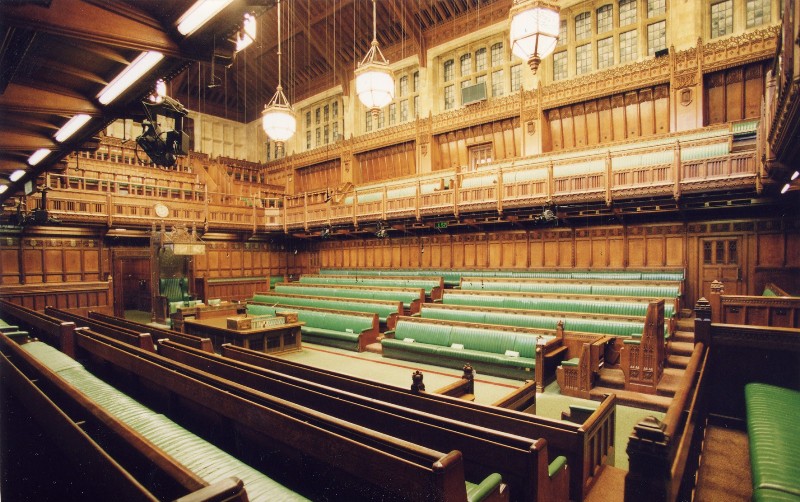 A few weeks prior to the election even the most senior of Tory politicians wouldn’t have been arrogant enough to even suggest they were in line to win a majority in the House of Commons, but now they have been elected with just that. We have already seen David Cameron’s glistening ego parade itself in front of the press backed by the knowledge that he has managed to do what all his critics told him he couldn’t, win a general election.

So, as the country comes to terms with what has happened individuals at all points of the political spectrum are racking their brains for possible explanations. What is utterly outstanding is that news from the Labour camp prior to the exit poll announcement saw senior Labour officials waiting in quiet confidence. Miliband had run a campaign which was built on core Labour values which seemed to have worked; pollsters were even predicting a slight Labour lead in terms of vote percentage yesterday morning. That’s why the reaction to the BBC’s forecast at 10pm yesterday evening was nothing short of sheer disbelief from those both inside and outside the camp. The idea that David Cameron could seriously have received a legitimate mandate to rule the country alone was a previously ludicrous thought; but sadly one that soon became a reality. Miliband himself went from genuine belief to ultimate despair within minutes and echoes of Kinnock’s ’92 failings began to ring true.

There are many issues that need addressing in the aftermath of this remarkable outcome: the leadership of the Labour party, the leadership of Liberal Democrats and the leadership of the United Kingdom Independence party will all inevitably take centre stage in the coming weeks following their leader’s resignations this morning. Early favourites appear to be Andy Burnham with Trade Union support, Tim Farron due to little else to chose from and well the next leader of UKIP is anyone’s guess. Equally, the complex repercussions of an increasingly divided kingdom could lead to further Westminster/Holyrood disputes.  The fractured state of the kingdom in which we now find ourselves leads one to assume maximum devolution to the Scottish parliament will occur, including full fiscal responsibility, and possibly an even greater call for further regional devolution within the rest of the union itself. We have seen the Labour party being decimated in Scotland, losing all but one seat, leaving a nationalist party in total control and senior MPs such as Douglas Alexander and Jim Murphy being voted out, and this is an issue which many have focused on.

But perhaps the greatest issue for the Labour party at this election and the real reason Ed Miliband must accept campaign failure is the performance of the party in England and Wales. Despite the fact that the pollsters had a horrid night they did predict an SNP rout north of the border and this therefore comes as no real surprise, what does come as a surprise is the lack of Labour swing south of the border, particularly in Northern territories. Ed Miliband was elected as Labour leader on the principle that he was leftward leaning and would appeal to the working class voters more than his adversaries; this now appears to have been off the mark. What can now be said with relative authority is that Labour’s failure to successfully encroach on Tory vote in key marginal seats such as Lincoln, Northampton North and Nuneaton, was a key aspect of the result. Those that are bemoaning Labour’s horrid performance in Scotland are simply ignore basic mathematics, even if Labour had won all 59 seats in Scotland the Tories would still have had a majority. For Miliband to have become Prime Minister he had to ensure his party excelled in England and Wales; this was certainly not the case. Take the example of James Wharton who not only held on to Stockton South but increased his majority by some 4,000 votes. This is where Labour lost the election, the vote south of the border, not north of it.

Sadly, while the Conservatives celebrate a result that they were not in the least bit expecting, and George Osbourne and David Cameron unpack their suitcases in the homes they were preparing to leave at 10 and 11 Downing Street respectively, the Labour party post-mortem has begun and  will continue in the coming months.

But the simple fact of the matter is that if Labour had performed well enough in England and Wales to be in a position where they could have successfully formed some sort of coalition or agreement with Nicole Sturgeon’s party then Ed Miliband would have walked through 10 Downing Street having delivered in difficult circumstances and I for one would be applauding him. In reality, we have been cursed with 5 more years of Tory rule and 5 more years of working class degradation. The Labour party will once again have to re-evaluate its direction going forwards and ultimately have to decide between another ideologically aligned leader in Andy Burnham, supported by the Trade Unions, or perhaps a more populist and more importantly electable one in Yvette Cooper or Chuka Umanna.

Finally, a reflection on Ed Miliband’s time in charge of the party must be had. I believe he was a great leader in opposition, he stood up to Murdoch, he stood up to Cameron and he stood up for Labour’s core values. His fate in history has been written and he will ultimately go down as another Kinnock who underperformed and didn’t deliver inline with his potential, but I for one do not blame Ed Miliband for this loss and will happily defend him and his decisions in the future.