“It was more than just delaying tactics. I think it was also them trying to show clearly something that they are not. They don’t care about the North of England." 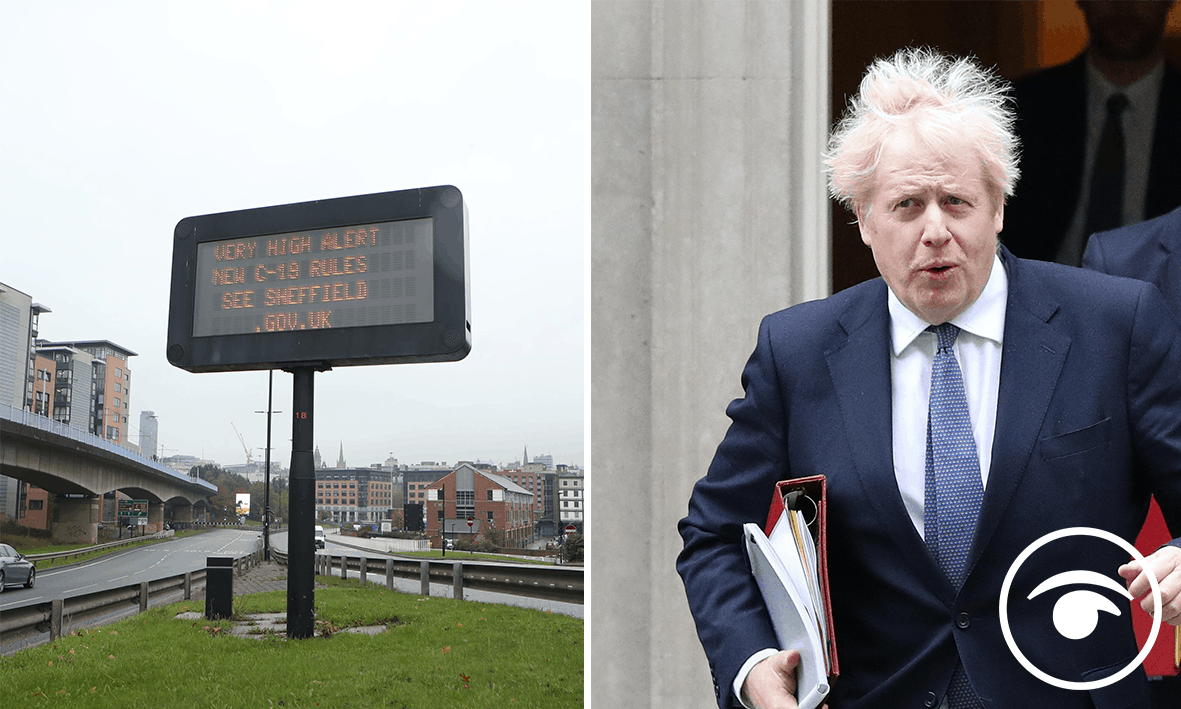 A South Yorkshire council leader has described the negotiations with government over Tier 3 restrictions as a “charade”.

Sheffield City Council leader Julie Dore said it was clear Downing Street officials and ministers were going through the motions for 10 days just to try and prove they were listening.

Ms Dore was speaking after Sheffield City Region mayor Dan Jarvis, who led the discussions, admitted he could not have secured any more cash, saying he “moved heaven and earth to secure the maximum amount of resource that we could”.

Ms Dore told the PA news agency: “I can assure you that Dan has been fighting vociferously for the people of Sheffield and South Yorkshire, just like I have been, because we genuinely thought we were in proper discussions and negotiations.”

But she said: “I think it’s outrageous.

“I entered into it in good faith and, basically, it was just a charade that we went through.”

The Labour councillor said all the Tier 3 areas have got roughly the same deal and the Government should have told them this was going to be the case when talks started on October 9.

Asked about comments from her counterpart in Rotherham, Chris Reed, that the talks had just been “delaying tactics”, Ms Dore said: “It was more than just delaying tactics.

“I think it was also them trying to show clearly something that they are not. They don’t care about the North of England.

“I feel like I’ve wasted 10 days when it could have been done in 24 hours right at the start – ‘you’re going into Tier 3 and this is the package you’re going to get’.

“I never thought that any government of any persuasion would stoop so low to start bartering with local region and local leaders on what is required to save lives. It’s reprehensible.”

Ms Dore said her advice to regions still negotiating with the Government would be to accept they will get the same deal as everyone else.

She said: “My advice to Judith Blake (leader of Leeds City Council) and Nick Forbes (leader of Newcastle City Council) would be don’t enter into days and days of negotiations, just say to them ‘tell us what’s on the table’.”

She said: “Judith and Nick, just find out what your proportion is from the formula and ask for it quickly so you can develop a system in order to get that money out to your businesses and your citizens.”

Ms Dore said “if it wasn’t so serious it would be funny” how ministers and Downing Street officials did not understand what happens in betting shops and bingo halls.

Do not get it

“They just really do not get it,” she said.

But Ms Dore praised Mr Jarvis, who earlier told PA: “I’ve moved heaven and earth to secure the maximum amount of resource that we could.

“I honestly don’t think I could have got any more money out of the Government.

“But we’ve secured a package that will help us to reduce the rate of reinfection, to reduce the pressure on our NHS, at the same time supporting our economy.

“So, we need to keep talking to Government about what more support they are able to give.”

Asked about whether he should have taken the same approach as Greater Manchester mayor Andy Burnham, he said: “I think the approach was the right one.

“In the end, we’ve got to do what we think is best for our residents.

“Andy’s done that in Greater Manchester.

“I hold him in the highest regard.

“I’ve done what I think is best here in South Yorkshire and we’ve secured an amount that I don’t think we honestly could have bettered.”

Mr Jarvis said: “Right now, there’s an urgency about transitioning into Tier 3 so we had to get on with it and the deal that I accepted, I think, gives us a reasonable chance of supporting our economy.”

Asked whether he could realistically see the region coming out of Tier 3 in 28 days’ time, Mr Jarvis said: “I think that will be very challenging, given the pressures of winter.