“In the past year I’ve been repeatedly targeted in the street by far right activists, including attempts to use physical assault, and homophobic abuse” he said at the time. “Given the context, it seems unthinkable that I was singled out for anything other than a politically motivated, premeditated attack.” 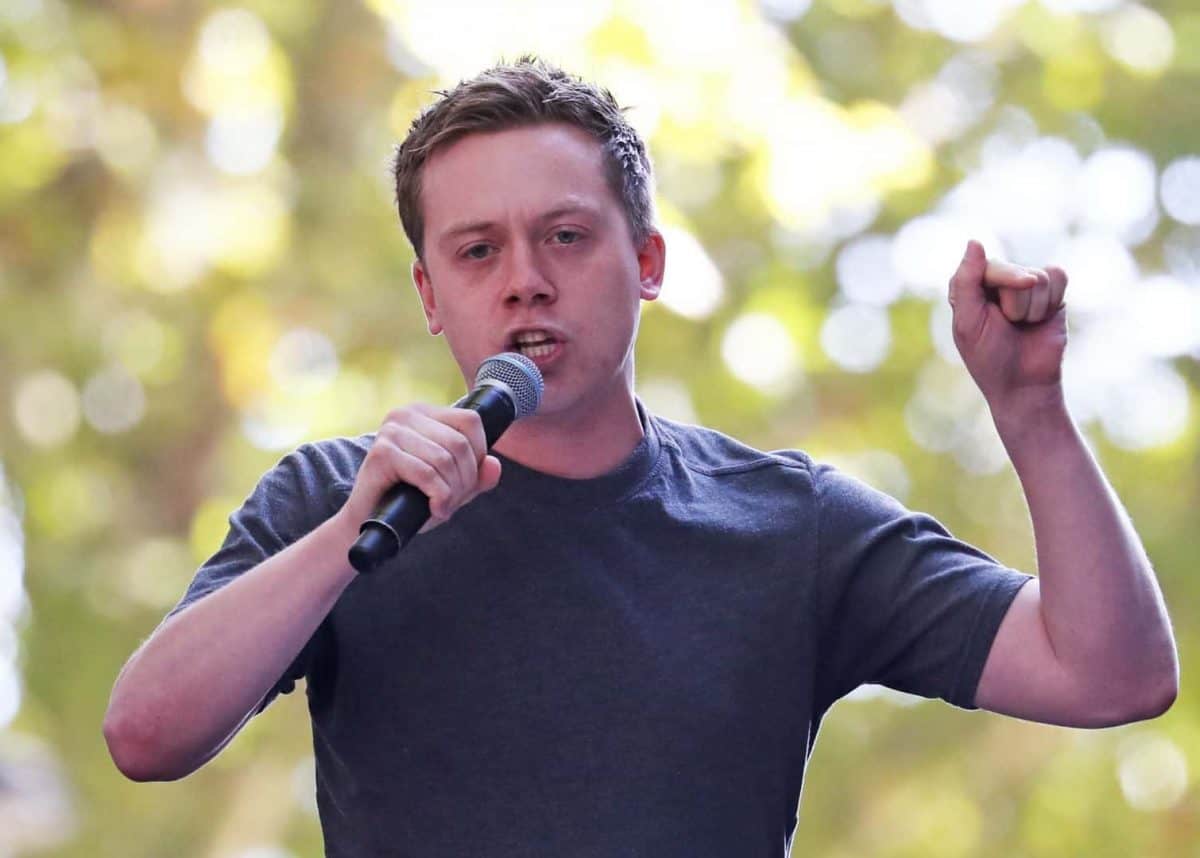 Three men have admitted involvement in an attack on left-wing activist and Guardian columnist Owen Jones, but deny the incident was motivated by homophobia.

Owen Jones, who is gay and campaigns for LGBT rights, suffered cuts and swelling to his back, head and bruises all down his body in the assault during his birthday night out on August 17.

He had been drinking in the Lexington pub on the Pentonville Road in Islington, north London, when he was targeted.

James Healy, 40, Charlie Ambrose, 30, and Liam Tracey, 34, appeared at Snaresbrook Crown Court on Wednesday where they all admitted a charge of affray.

At a previous hearing, Highbury Corner Magistrates’ Court heard Mr Jones was “karate kicked” in the back.

Healy will now face a trial of issue in front of a judge to decide whether the attack was motivated by Mr Jones’s sexuality as the prosecution allege.

Prosecutor Philip McGhee said: “There will be no need for a trial by a jury in this case – that said there seems to be a question that is unavoidable and in order to resolve it properly we need a trial of issue.”

He added that if the attack was found to be motivated by homophobia “it would have a material impact” on sentence.

“It’s not accepted by any of the defendants in this case that this was the motivation for their offending,” Mr McGhee said.

The trial of issue against Healy will take place between January 16 and 17 at Snaresbrook Crown Court, where Mr Jones will be required to give evidence.

All three men are due to be sentenced on February 11 and were warned they could face prison.

Judge Paul Southern granted all three men bail until their next court appearance on the condition they do not contact the victim or any of the witness in the case or go to the Lexington pub.

Healy, of Portsmouth, Ambrose, of Brighton, and Tracey, of Camden, spoke only to confirm their names and enter their pleas.

Ambrose and Tracey both denied a charge of ABH and the charge was left to lie on file.

Speaking to the Guardian the day after the assault, Mr Jones described it as “clearly premeditated”.

He added: “In the past year I’ve been repeatedly targeted in the street by far right activists, including attempts to use physical assault, and homophobic abuse.

“Given the context, it seems unthinkable that I was singled out for anything other than a politically motivated, premeditated attack,” he said.