“Predictions of deaths among people who have nowhere else to go, other than our streets, or sleeping in communal night shelters that are not Covid-secure, must act as a wake-up call to Government." 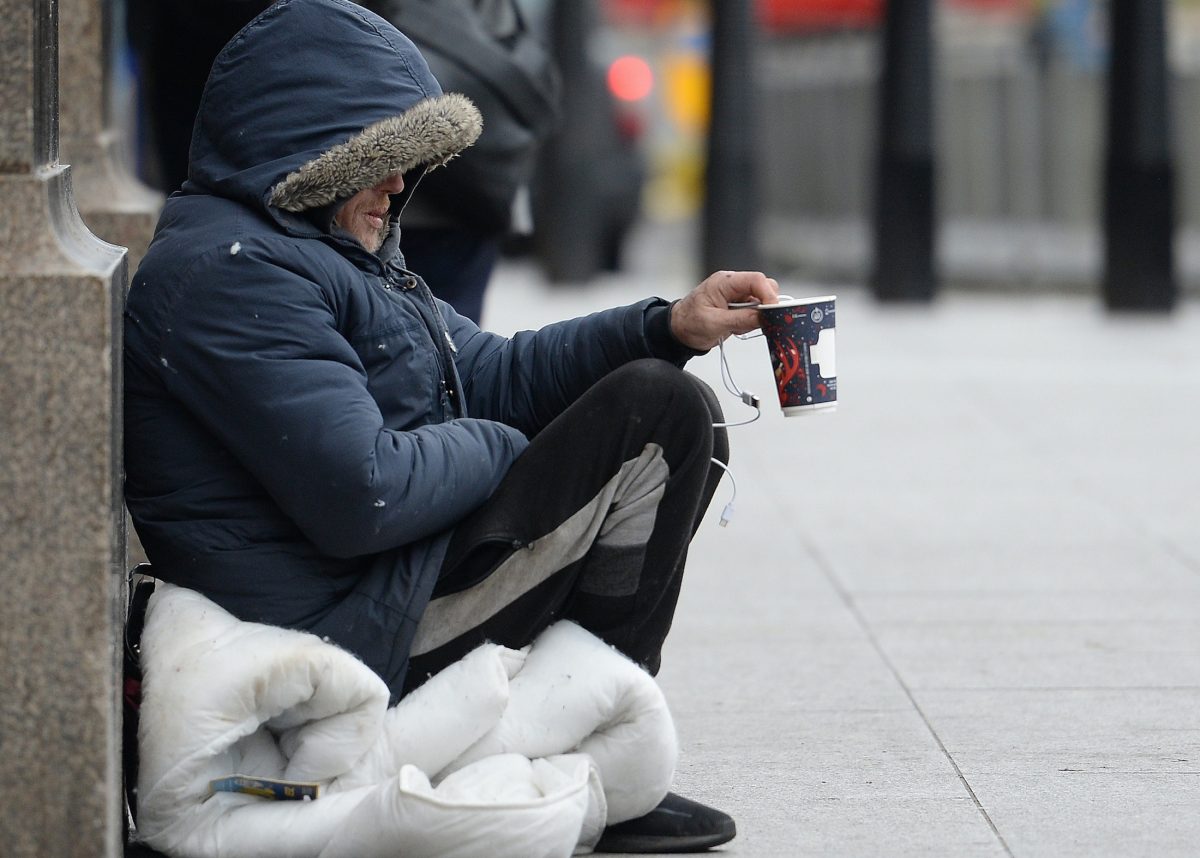 The lives of homeless people will be lost this winter without Government action to keep them off the streets and in accommodation where they can socially distance, a coalition has warned.

Seventeen health and homeless organisations including Crisis, St Mungo’s and several royal colleges say lives will be at risk from the “double threat” of coronavirus and cold weather.

They are calling for a repeat of the Government’s Everyone In scheme, which saw almost 15,000 homeless people in England moved into safe emergency accommodation such as hotels early on in the pandemic.

They are worried that, without more funding for councils, people will be forced into communal night shelters, where the risk of transmission is high.

Social distancing and proper safety measures for communal and dormitory-style shelters are likely to be “all but impossible”, they say, and should not be the answer ahead of the winter months.

There were 4,227 people sleeping rough in London between April and June, latest data from the Greater London Authority shows, of which 2,680 (63%) were sleeping on the streets for the first time.

Figures from its CHAIN database show the number of new rough sleepers was 77% higher than the same period the previous year.

Research, published in the Lancet, estimates that 266 homeless lives were saved by preventative measures such as the use of hotels, closing dormitory-style communal shelters and increased infection control measures in hostels in England during the first wave.

If lifted, the University College London (UCL) study warned outbreaks in homeless shelters may lead to larger numbers of Covid-19 infections and deaths – even if transmission in the wider community is low.

Even without a second wave, relaxing measures in homeless settings could lead to more than 12,000 new infections, 184 deaths and 733 hospital admissions, it warned.

Crisis chief executive Jon Sparkes said: “Without Government action, the reality of what could happen this winter is terrifying.

“Predictions of deaths among people who have nowhere else to go, other than our streets, or sleeping in communal night shelters that are not Covid-secure, must act as a wake-up call to Government.

“We cannot have hundreds, or even thousands, of people forced to live in crowded places, where proper social distancing is impossible, and the risk of coronavirus transmission is incredibly high. The ‘Everyone In’ scheme saw unprecedented efforts to protect people and undoubtedly saved lives – this must be repeated.”

Professor Andrew Goddard, president of the Royal College of Physicians, said: “We know that the efforts made to support homeless people during the first phase of the pandemic were truly life-saving. As we enter a second wave of Covid-19, these steps need to happen again.

“Without urgent action from the government to keep homeless people off the streets this winter, lives will most certainly be lost.”

Polly Neate, chief executive of Shelter, also part of the coalition, added: “We cannot allow growing numbers of people to find themselves out on the streets again; it will undermine the positive work that has been done so far.”

A spokeswoman for the Ministry of Housing, Communities and Local Government said: “We’re determined to protect the most vulnerable in society – we took decisive action during the pandemic to protect hundreds of lives by bringing nearly 15,000 people into safe accommodation.

“Councils have been given over £4.8 billion of emergency funding to deal with the immediate pressures of the pandemic – including support for rough sleepers – and over £91 million in funding for interim accommodation and support services for those at risk of rough sleeping.

“Working with councils, charities and other partners we will protect vulnerable rough sleepers this winter and fund longer term accommodation and tailored support to end rough sleeping for good.”