Spiders wrap hundreds of yards of Inverurie, Aberdeenshire under a blanket of cobweb. 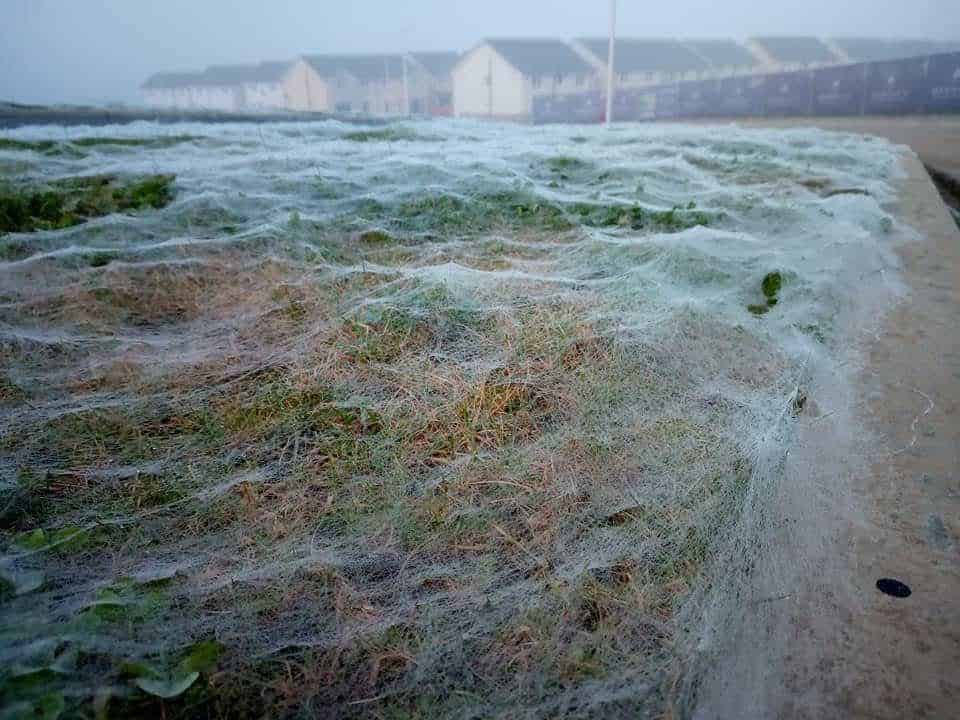 These eerie pictures show a huge grass verge blanketed by a giant silky web – which was mistaken for frost.

Leo said the delicate white web, which was spread across a grass verge, went on for ‘hundreds of yards’ – and at first, he thought it was frost.

The reason behind the web is not known, but bug experts believed it could have been created by money spiders, which are also known as ‘sheet weavers’.

Leo, from Dunecht, Aberdeenshire, said: “I’ve never seen that before, I was quite amazed.

“I was on my break then just spotted it by the side of the road and had to take a picture.

“I didn’t have a clue what it was, I just grabbed my phone and started taking pictures.

“It was on the grass verge and went on for hundreds of yards.

“When I first saw it I thought it was frost but then I realised it wasn’t that cold.

Suzanne Burgess, manager of Buglife Scotland, said: “I would say that this is the webbing of spiders.

“I can’t say which species of spider made the web but I think it could be money spiders, from the family Linyphiidae, as they are known to make this sheet like webbing.

“It would have been lovely to see in the morning dew.”