This blood boiling hack could get you your coronavirus test results back within the day. 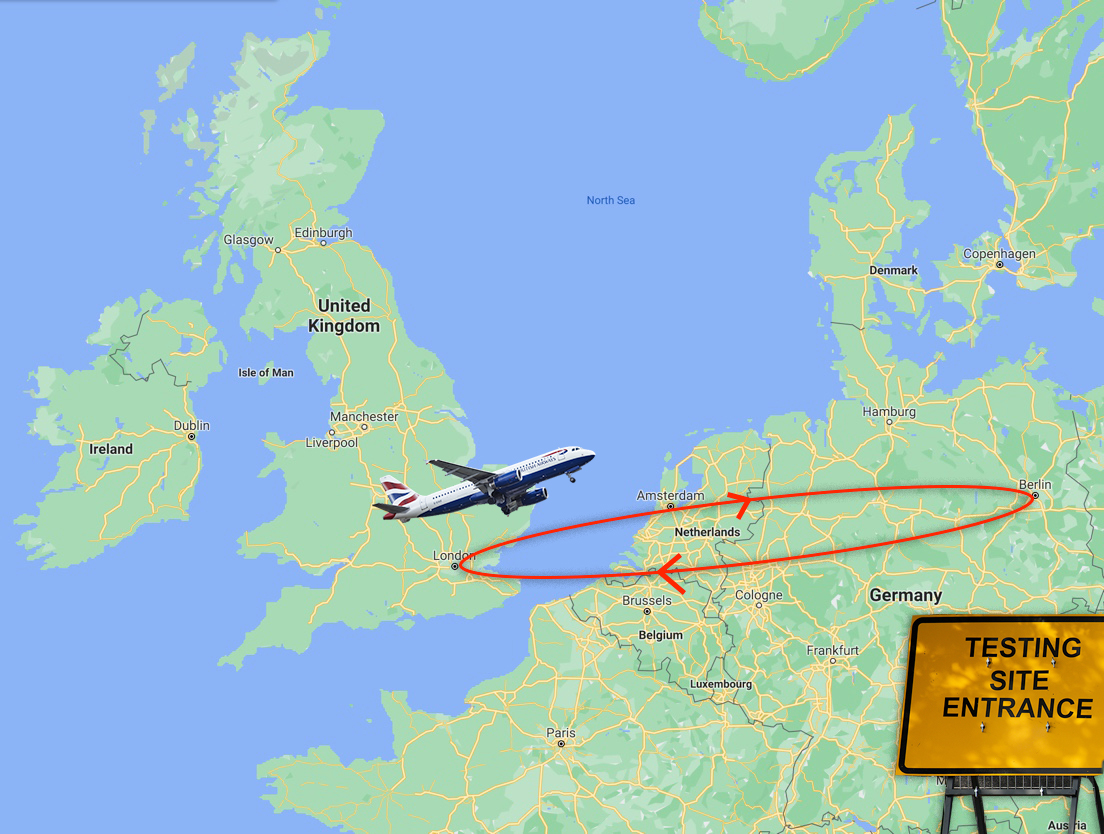 A Covid testing paradox has been making the rounds on social media – and seems to adequately sum up the UK’s shambolic response to the coronavirus compared to other nations.

Yesterday it emerged that just five of the places in England with the highest infection rates had access to tests, with some people offered slots over 400 miles away.

One woman living in Leicester said she was offered a testing centre in Aberdeen when her son developed symptoms – some 400 miles away.

But there could be another way.

For the cost of a private health test – currently priced at £125 – one social media user has suggested you could fly to Germany in the morning, get tested in the airport, have a result with 30 minutes and fly home after lunch.

Ryanair are currently offering flights to Berlin for around £100, while flights to Hamburg, Dusseldorf and Cologne come in at around the same amount.

It may soon be your only option!

For the same as I paid for a private test that I won’t have the results for until Tuesday at the earliest I could fly to Germany tomorrow morning, get tested at the airport, have a result within 30 minutes and fly home after lunch.