Theresa May is set to rule out a referendum today after reports this weekend that some behind the scenes in the government are lookinginto this option as a solution to the current impasse. She will hit out at MPs who believe a “people’s vote” should give the public the final say on whether the Brexit […] 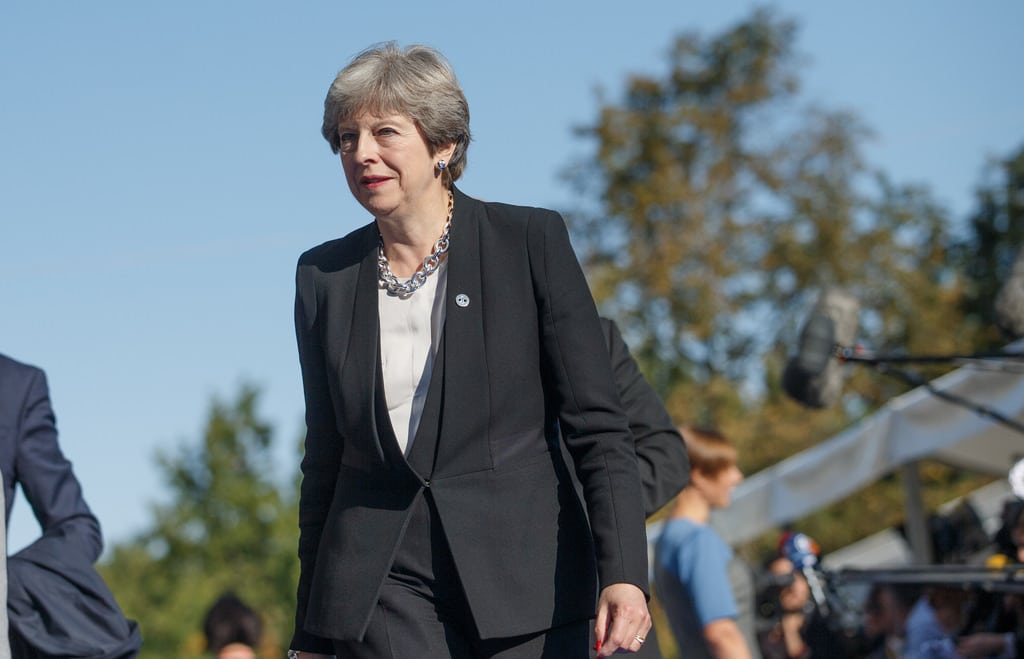 Theresa May is set to rule out a referendum today after reports this weekend that some behind the scenes in the government are lookinginto this option as a solution to the current impasse.

She will hit out at MPs who believe a “people’s vote” should give the public the final say on whether the Brexit deal which even Brexiteers have attacked as leaving Britain a “vassal state” of the EU is preferable to remaining within the EU.

The Sunday Times reported that two of Theresa May’s most senior figures allies are quietly readying a referendum on the Brexit deal, a move that threatens to tear the Conservative Party apart.

Theresa May’s chief of staff Gavin Barwell is said to have told one minister last week that a second referendum is “the only way forward”, as with time running out until Britain is due to leave the EU on March 29, the majority of MPs in the House of Commons would not vote for the deal she has negotiated with other member states.

Brussels has warned that EU states will not now go through a new series of negotiations to deliver Theresa May a different Brexit deal.

David Lidington, another key May ally, met Labour MPs last week to work on a coalition across parliament to offer the public a people’s vote.

The Prime Minister is set to tell MPs today that a referendum on whether her deal is preferable to staying in the EU would “further divide our country,” saying the public made a clear choice when they voted in 2016 to leave by a margin of 51.9% to 48.1%.

She will plead: “Let us not break faith with the British people by trying to stage another referendum.

“Another vote which would do irreparable damage to the integrity of our politics, because it would say to millions who trusted in democracy, that our democracy does not deliver.

“Another vote which would likely leave us no further forward than the last.

“And another vote which would further divide our country at the very moment we should be working to unite it.”

Last week the PM called off a House of COmmons vote on her Brexit deal, conceding at the last minute that if would likely face a humiliating defeat.

In a further humiliation she was then forced to see off a vote of no confidence by her own party.

Theresa May hit out at political heavyweights and even her predecessors Tony Blair and John Major who have called for the country to be given a final say on Brexit.

Last week Tony Blair suggested that if all other options haven’t worked, after 30 months of negotiation, with the government in “a mess”, a people’s vote is the “logical outcome.”

He said he admired Theresa May’s tenacity, but there was “literally no point in carrying on digging”.

But May hit back at the former Labour PM, saying his words were an “insult to the office he once held” and parliament can’t “abdicate responsibility” to deliver Brexit with another referendum.

However reports also emerged of another former Prime Minister talking Theresa May through all the possible outcomes the country now faces and tabling the possibility of a second referendum.

David Cameron apparently told friends that though Theresa May is against holding a referendum, she is a “servant of the Commons” and would back a people’s vote if MPs vote for it.

The government is responsible to the majority of MPs who could yet call for the people to have the final say.

But though cross-bench support for this way out of the present mess is building up, the likelihood is hampered by the Labour leadership and MPs in constituencies that were very pro-Brexit being still reluctant to openly fight for a referendum that includes the option of staying in the EU.

Despite the EU’s insistence that another EU deal cannot be hammered out now, some Labour figures are still talking about an option where a Labour government negotiates a Brexit deal more favourable for Britain.

Theresa May today will remind MPs that she sees delivering Brexit as her legacy, to try to shut down debate on a second referendum.

If the government continues to favour a choice between the Brexit deal on offer and a damaging no deal Brexit, holding a referendum with staying within the EU would have a tricky journey to become legislation without fulsome support from the leadership of teh main parties.

And Brexit would certainly have to be delayed in event of another referendum.

Even if a majority in parliament was able to pass a bill for a referendum through all stages without the support of the government, it would take months for the electoral commission to examine the question and its feasibility.

But there have been other examples of countries holding another referendum on an issue. Ireland had another vote on the EU as more details emerged by the time of the second referendum.

In recent opinion polls Theresa May’s Brexit deal has not polled well, with a second referendum now the least unpopular option going forward for the public.