The Prime Minister has been booed and called out for not being in Europe to try to negotiate a Brexit deal at press calls all around Britain. Now his latest confrontation with a member of the public may be the most damaging yet. 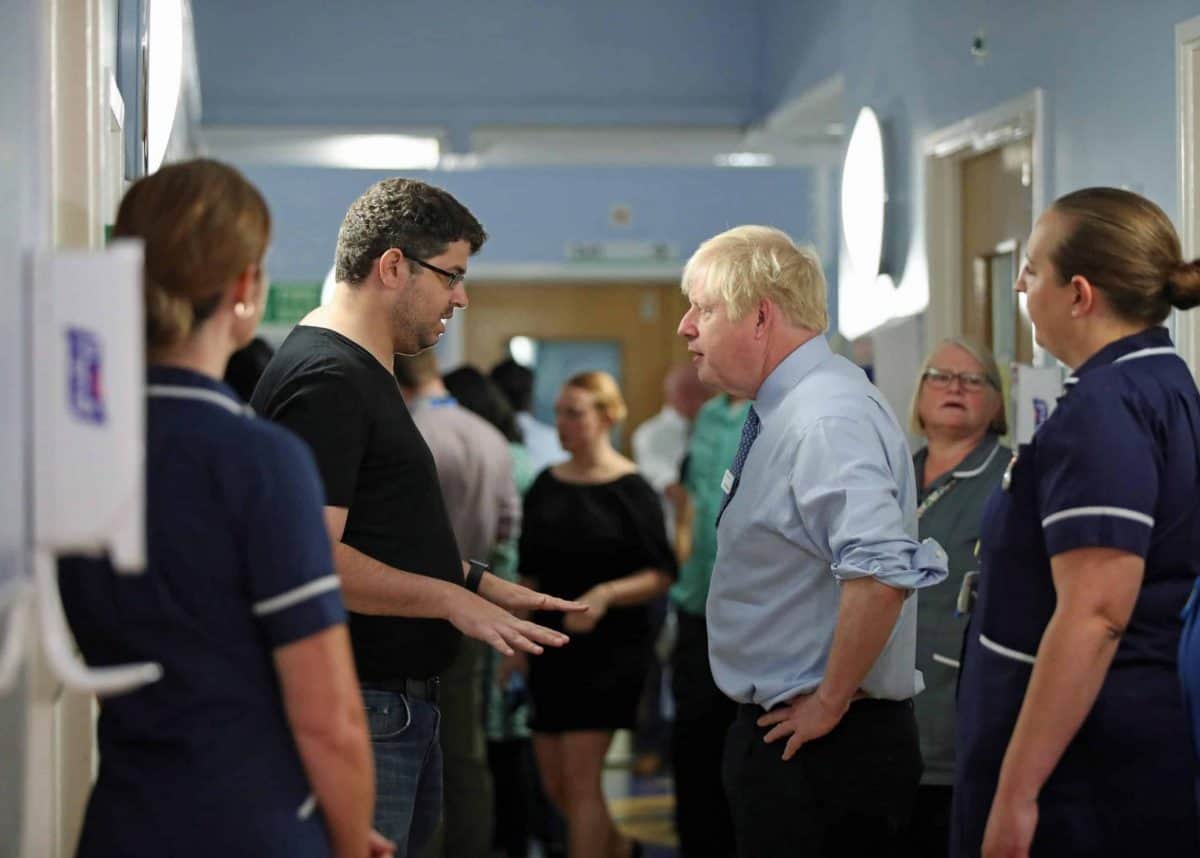 Boris Johnson has been confronted by angry father of a sick child who told him the NHS is being “destroyed” and declared: “My daughter nearly died yesterday”.

The parent of a sick child challenged Boris Johnson over the effects of his government on the NHS during a hospital visit.

The Prime Minister has been booed and called out for not being in Europe to try to negotiate a Brexit deal at press calls all around Britain. Now his latest confrontation with a member of the public may be the most damaging yet. Johnson was confronted by the angry parent, who told him there were not enough doctors and nurses.

In a conversation lasting around two minutes, the man said the situation was “not acceptable”.

His daughter was being treated at Whipps Cross University Hospital in Leytonstone, east London, where he demanded to know from the Prime Minister: “Would you like that for your own children?”

“My daughter nearly died yesterday. A&E guys were great, but we then came down to this ward here,” continued the furious father, who complained his seven year old daughter had to wait two hours there.

He said there had been “years and years and years of the NHS being destroyed”, adding: “That’s just not acceptable. This ward is not safe for children. There was one registrar covering the entirety of this ward and the neonatal unit.”

The Prime Minister explained he was “here to find out” about the situation but the man said: “It’s a bit late isn’t it? Years and years and years of the NHS being destroyed.”

A spokesman for the Prime Minister said Mr Johnson was visiting public services to see for himself the reality of the situation.

The spokesman said the man was understandably “very distressed” and the Prime Minister was “not going to hide away from those circumstances when he goes on these visits, and so obviously is keen to talk to people and empathise and see what he can do to help”.

“It’s also a reminder of why exactly he is so keen to make the NHS a priority and make sure it’s getting the funding that it requires,” the spokesman added.

Downing Street said the Prime Minister had spent the past six weeks visiting hospitals “to hear directly from NHS staff and patients – and this is exactly why he is so committed to making sure investment reaches frontline services, so that doctors and nurses have the resources they need and patients receive consistently world-leading care”.

A spokesman added: “This is why we’ve recently invested an additional £1.8 billion into frontline services and are upgrading 20 hospitals across the country.”