By Pieter Cranenbroek The day after the UK general election, a Dutch journalist commented that ‘as long as the British press is giving out voting advice, you’re better off reading cat blogs.’ Although most European newspapers can be linked to a certain political group, this relationship is rarely as explicit as in the British media. With […] 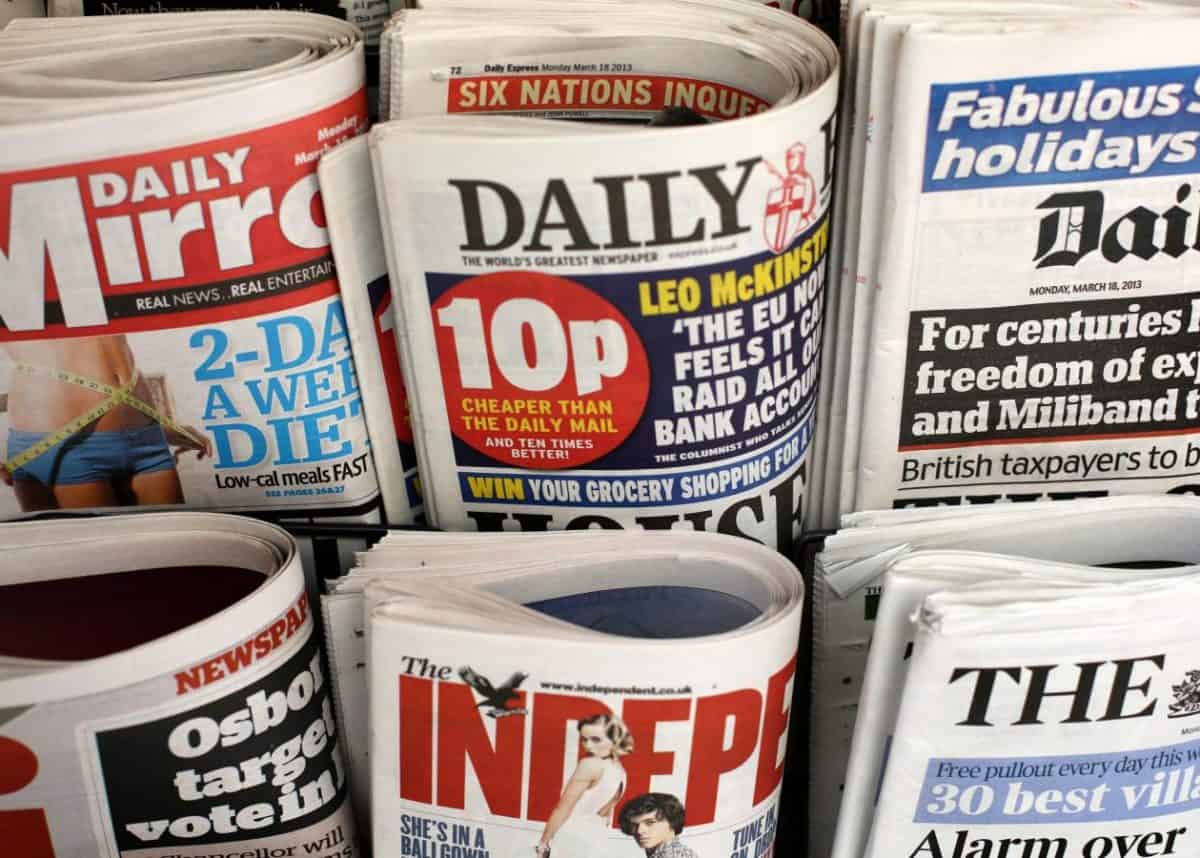 British Press in the General Election

The day after the UK general election, a Dutch journalist commented that ‘as long as the British press is giving out voting advice, you’re better off reading cat blogs.’ Although most European newspapers can be linked to a certain political group, this relationship is rarely as explicit as in the British media. With more flavours on the political menu and a surge in floating voters, it becomes increasingly important for newspapers to hide their political partisanship.

There were times during the election period when you could genuinely wonder where reporting the news ends and propaganda begins. The Telegraph, compared by various commentators to the Soviet Union’s official newspaper Pravda, published a letter from business executives that was orchestrated by the Conservative party and implored its readers to vote Tory by sending emails to their personal accounts. Meanwhile Rupert Murdoch, owner of The Sun and The Times, berated his papers’ journalists for not attacking Labour leader Ed Miliband enough.

British media outlets do not appear to be bound by any requirements to offer balanced coverage and the highly concentrated ownership of newspapers does not serve society either. Media magnates more often than not use their platforms as a mouthpiece for political parties, which illustrates A. J. Liebling’s observation that ‘freedom of the press is limited to those who own one’. On top of this, the disproportionately high number of public school columnists doesn’t do much to stimulate the plurality of debate either. To adapt the words of Upton Sinclair, it is difficult to get a man to write something, when his position depends on him not writing it.

Despite a majority of the press favouring the politics of the right, ascribing the gap of 99 seats between the Tories and Labour to the media would be too much credit. London’s Evening Standard explicitly backed the Conservatives but the city (home to a more free-minded, educated populous) largely backed Labour. It soon became clear that Labour and the Liberal Democrats first and foremost lost because of their own choices. The Lib Dems have been decimated for going into a toxic marriage that made them give up everything they believed in. Labour couldn’t convince the public that it is a better alternative to the Tories, which is desperately sad. The contrast with the Scottish National Party, which won all but three seats in Scotland, couldn’t be bigger. The SNP showed dedication, determination and the ability to stay positive despite politicians and press slinging mud at them. It is the clearest example that the politics of the left can only succeed if it contains hope and conviction.

At the same time we should recognise that the press did play a role in the outcome of the election. For that we only need to compare the media frenzy around Ukip to the exposure the Green Party received. Similarly, press coverage of Cameron refusing to defend his record was low whereas the smallest character flaws of Miliband were put under a magnifying glass. There’s no denying that the press helped steer debate away from policies and towards a Pop Idol contest of the party leaders.

Perhaps unbiased press does not exist, just like there is not such thing as an impartial spectator. Be that as it may, it cannot be healthy for a country’s democratic process when the vast majority of the press backs a single political party. Britain has seen a sharp increase in floating voters over the past decades and newspapers should follow their example by changing their political allegiances from solid to fluid. For this to happen we may need politics to change the rules of the game as pluralism of ownership is vital to ensure the media reflects rather than shapes society.

Jeremy Corbyn has been suspended from the Labour Party

In the next two years, the need for media to act as a platform for honest debate is arguably more important than ever. By returning the Conservatives to Downing Street with an absolute majority, the British people have de facto decided to have a referendum on their EU membership. It is not very clear how having a sword of Damocles hanging over the economy helps anyone but in any case Britons should be able to make an informed decision in 2017. Regardless, anti-EU newspapers like the Daily Mail and the Daily Express, of which the proprietor donated £1.3 million to Ukip’s election campaign, will prove willing to swing the sword down at any cost.

The changing face of British politics no longer requires newspapers to back a single party. When the political landscape was still made up of one progressive and one conservative party, newspapers inevitably ended up supporting the party closest to their preference. The rise of various left, right and centre parties provides the press with the luxury of advocating a certain political course without the need to endorse a specific party. British politics is becoming more and more pluralistic, now it just needs the press to follow suit.

Jeremy Corbyn has been suspended from the Labour Party