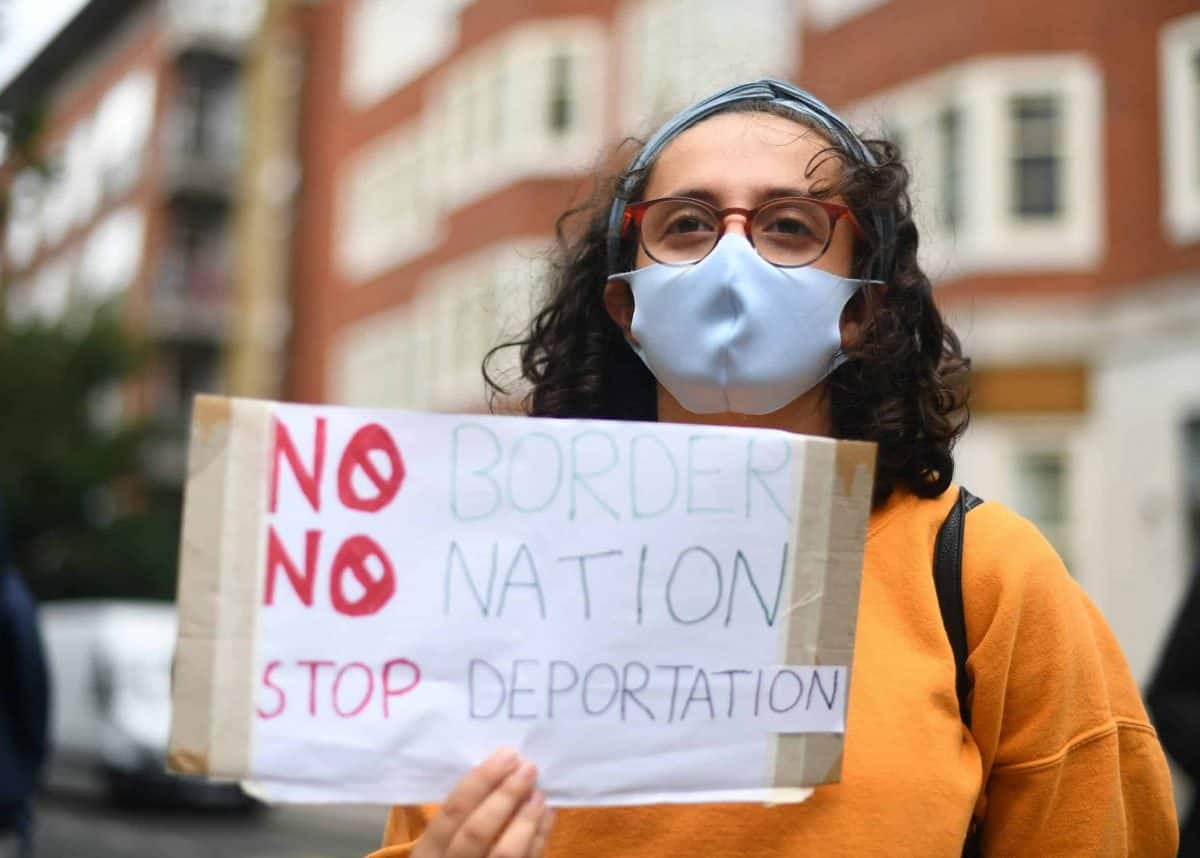 A group of Syrian migrants deported from the UK were left “confused and distressed” when they ended up alone on the streets of Madrid, a welfare group has said.

The 11 asylum seekers, who previously crossed the English Channel to Britain, were deported from the UK on a charter flight on Thursday.

But when they touched down in Spain authorities did not accept responsibility for them, according to a welfare group supporting them.

Home Secretary Priti Patel hailed the removals on Twitter and said she will “not let up” until the Channel route is “unviable”.

The Home Office insisted that Thursday’s flight had been “carefully worked” between UK and Spanish authorities.

The Syrian nationals were removed from the UK because they had already claimed asylum in Spain, the department said.

But welfare group SOAS Detainee Support (SDS) said when the 11 people touched down in Madrid there was no one to receive them.

Tom Kemp, a spokesman for the organisation, told the PA news agency that they were left “on the street near the airport” because there was no one to receive them when they landed.

He said: “They are very confused about what is happening to them and distressed about it.”

Mr Kemp said the migrants have now been picked up by local welfare groups.

“UK and EU governments are playing games with the lives of refugees. And mutual aid groups are struggling to pick up the pieces.”

A Home Office spokesperson said the time and place of the arrival of the flight had been “carefully worked through between the UK and Spain by mutual agreement”.

They added: “Formal requests were made of Spain in advance and they accepted responsibility for the claimants in accordance with the Regulations.

“Any suggestion that the Home Office has not complied with our obligations is incorrect.”

The Home Office says the UK is under no obligation to monitor the treatment of asylum seekers after they are deported to an EU country, but that such returns are only undertaken when the Home Office and the courts deem it safe to do so.