Remarkably, it is the second worst thing to be printed about the Prime Minister's father today. 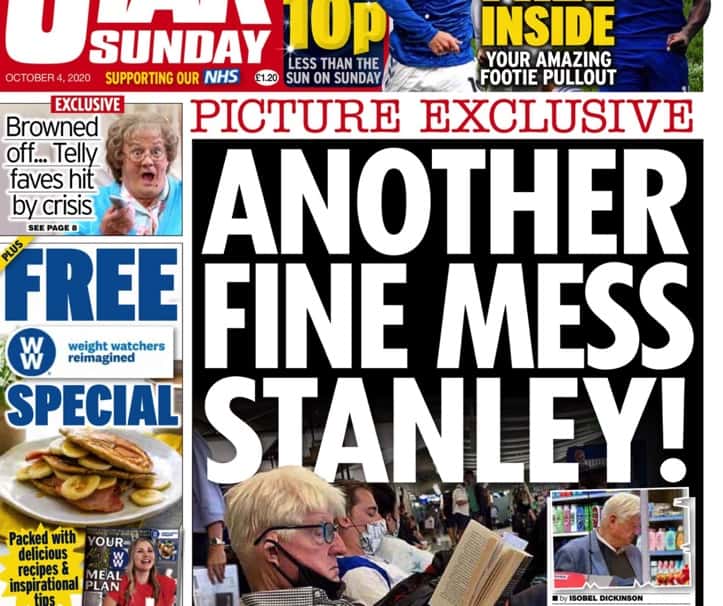 Stanley Johnson has been pictured flouting coronavirus rules for the second time in less than a week.

Pictures printed in the Daily Star Sunday show Boris Johnson’s father sitting in a crowded airport with his face mask lowered, which he said had “appeared to have slipped”.

In other news, picked up by the Daily Mail, Johnson Snr faces allegations of domestic violence over an incident involving the Prime Minister’s mother.

Disclosures in The Gambler, a new biography of Mr Johnson by author Tom Bower, show that Stanley broke Charlotte Johnson Wahl’s nose resulting in a trip to hospital.

She is reported to be quoted as saying: “He broke my nose. He made me feel like I deserved it.”

Family friends confirmed the story to the Mail on Sunday but insisted that the incident had been a one-off.

The friends said it happened in the 1970s when Charlotte had ‘flailed’ at Stanley, who broke her nose when ‘flailing back’.