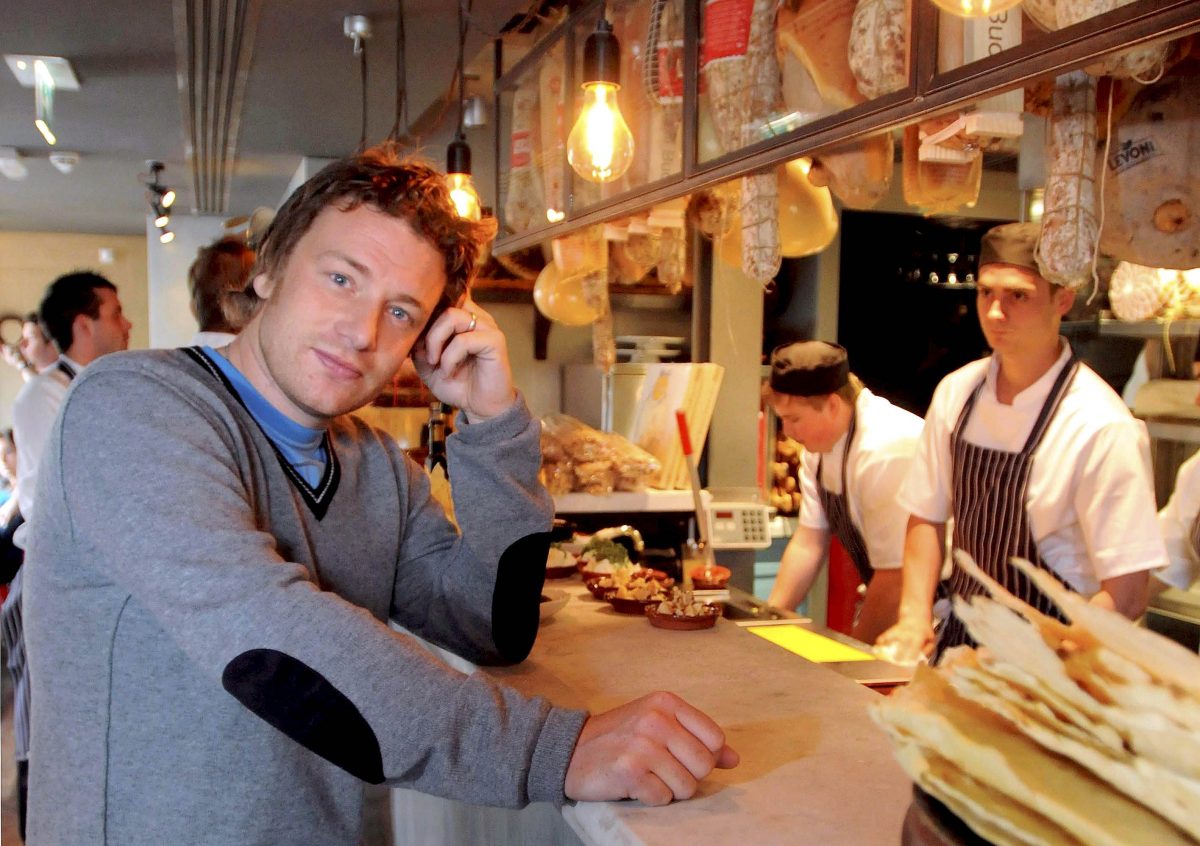 Devastated staff at Jamie Oliver’s flagship restaurant in Birmingham claim they were sacked by EMAIL – just 30 minutes before the company announced it had collapsed.

The millionaire celebrity chef’s restaurants now owe £71.5million with 1,000 workers set to lose their jobs around the UK.

Chef Colin Roberts, 31, from Walsall, West Midlands, has worked at Jamie’s Italian in the
Bull Ring for 19 months.

He said: “I was at home when I got an email at 10.30am telling me there was going to be a conference call in half-an-hour.

“All the staff can dial into a number and take part in the calls.

“Speculation was rife that something was up but when we were all told that the
company had gone into administration and we’d lost our jobs it was a huge shock.

“The restaurant is one of the busiest outside London and it’s packed all the time.

“We had no idea this was coming and a lot of staff were in tears.

“Personally I think there were too many restaurants opened at once and they couldn’t support themselves.

“The Birmingham one was very popular and the staff were like a family but others in the country obviously weren’t as popular.

“I’ve been on the phone looking for work since I found out so hopefully I’ll get another job with another restaurant soon.”

Josh Singh, 24, started work at the company as door staff in 2013 and has worked his way up the ladder to become manager.

“I don’t blame Jamie at all. I really supported his ideas and vision for good quality food with great nutritional value.

“In the early years it was a destination restaurant but I think over time the message got lost.

“The company started giving things away and turned into your average high street restaurant instead of a celebrity restaurant.

“They opened restaurants all over the place and in places where you wouldn’t expect celebrity restaurants to be like villages and very small towns.

“It’s a very real shame that this has happened and I don’t think the idea or the vision was at fault. It was the marketing of the business.”

Another member of staff, who did not wish to be named named, said: “Email is a pretty cold way to sack your staff.

“It was only half-an-hour before it was all over the news. I’m really angry because Jamie won’t be the one looking for a job and struggling to pay his bills, it’ll be poor saps like us who worked for him.

“He and his management team got greedy. They believed their own hype and thought they’d make billions without investing in the business.

“It was getting to commercial and I felt under pressure to get customers seated and ordered and then out too quickly.

“On busy nights it felt like a conveyor belt. Why pay £100 plus for a meal when you feel under pressure to eat it quickly? You might as well go to McDonalds.”