“There’s a massive underbelly of people that are absolutely horrified that we have two safe Tory seats,” one said. 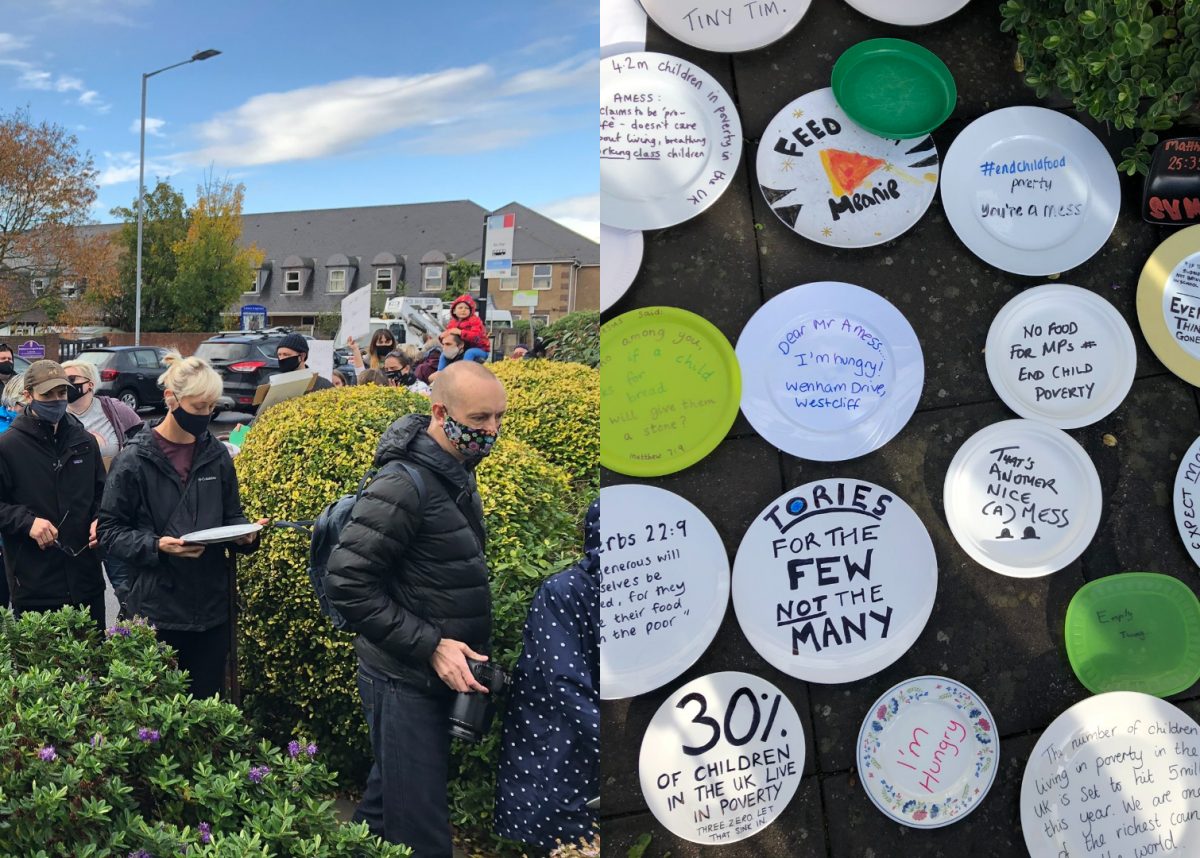 Dozens of empty plates were left outside a Conservative MP’s office to protest over the party voting against plans to extend free school meals over holidays.

The protest was organised by the All Rise Collective, a group of inclusive feminist allies in the community, and targeted the constituency office of Southend West MP Sir David Amess.

Sir David was one of 322 MPs who last week voted against a Labour motion calling for the extension of free meals during the school holidays in England until Easter 2021.

Locals wrote messages on empty plates and left them outside the Southend West Conservative Association building on Sunday, with queues of people waiting to participate stretching down the street.

“Quite a few of us are mothers in the group, the moment you start thinking too much about them ever being hungry, it’s just heartbreaking,” organiser Sadie Hasler, 40, from Southend told the PA news agency.

“The situations people find themselves in are just unbearable. The stigma that comes with maybe being a single parent, and trying to do the best thing by your child, and society just kind of constantly wants to keep elbowing you in the ribs for it.”

The All Rise Collective shared their protest plan on social media on Saturday night, but were amazed to see the number of people already queueing the next morning.

“There’s a massive underbelly of people that are absolutely horrified that we have two safe Tory seats,” said Ms Hasler.

“We really just don’t want to be invisible. We want people to know that they are being challenged. We’re just trying to do a really simple peaceful protest that was visual that we could share.

“Last night it was quite strange. It was the first time in the whole of lockdown while defacing some plates with heavily black-markered anger that I switched off, and it was really cathartic and peaceful.”

The protest inspired others to take part in their area, 69-year-old social media user Robert Edge taking a solitary plate to the Eltham Conservative offices in south-east London.

“As an older person I am somewhat limited in my ability to show my displeasure at the way I feel the country is heading,” he told PA.

“But the #emptyplate (protest) seemed a safe, peaceful and easy way to lobby the local Conservatives, some of whom I know are becoming disaffected with their PM. If I can help them become more disaffected I have done something.”