UPDATE 17/04/19:  In good news, two of the detainees, including the young Italian father quoted below were bailed today, with the judge in one case expressing dismay at the length of time they had been held in detention designed to be for people about to be removed. The 19 year old who has been detained […] 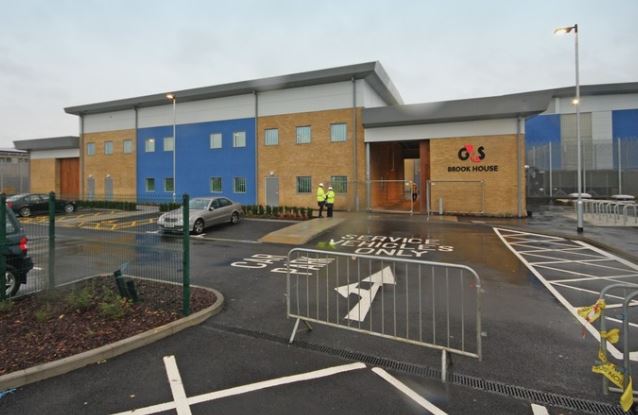 Scandal-hit Brook House Immigration Removal Centre where detainees are held indefinitely for months by the Home Office despite recomendations has been the scene of protests for two days running this weekend.

The detainees we spoke to say there have been two serious self-harm attempts in a 24-hour period.

Inmates say the desperate acts occurred amid protests at the length of incarceration of inmates on purely immigration grounds, and the toll that and the conditions at the G4S-run center take on people’s mental health.

One man is reported to have attempted to hang himself in his cell and was taken in the early hours of Monday morning to the healthcare unit in the centre run to the security standards of a Category B prison by private security contractor G4S.

And as protests wound down on Monday, with other detainees threatening to jump from balconies and safety netting to the ground and harm themselves, news emerged that another detainee had attempted to swallow razor blades.

The detainee, just 19 years old came to the UK as a baby, aged 1. Others detained at the centre near Gatwick Airport confirm he has been languishing in the Immigration Removal Centre for 18 and a half months. This morning he called an ambulance himself as staff had not taken him to hospital. 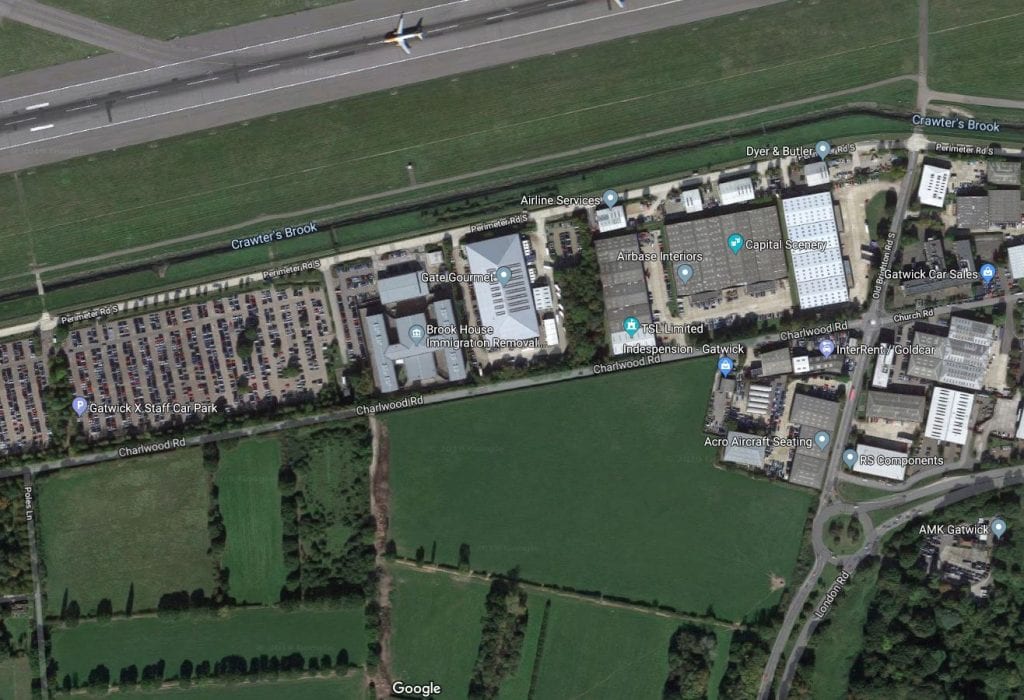 His mental health has deteriorated during his continuous incarceration for administrative reasons by the Home Office.

The detainee who was on suicide watch was seen being taken from his cell unconscious after threatening to swallow razor blades.

Last night he said he was cold without a duvet or blanket as he was on suicide watch.

We overheard on his phone the callous treatment he received when he complained.

National Crime Agency police officers were called to the detention centre after detainees including those with cuts from repeated self-harm threatened to cut themselves and jump from railings and the netting designed to stop suicide attempts.

With shouting in the background a detainee from Italy described the scene:

“There are 30 or 40 protesting on the landing, protesting. Some are threatening to jump off .

“They are threatening to self-harm.

“There are three people standing on top of the sprung netting that stops people falling to the ground. One guy has a razor in his hand.

“He has scars all over his body where he has self-harmed before from head to toe. He has been here for several months. He is jumping on the netting, three floors up. The netting is 15 feet high.”

The 21-year-old said his fellow detainees were demonstrating as “people are frustrated at how the Home Office have dealt with people illegally and not treated us like humans.

“The conditions are appalling, the staff don’t care about the people here. They are sometimes abusive, one of the officers is racist. The director told him to leave today after he was verbally abusing people.”

Yet detainees are still being held at Brook House for over a year.

Last month the Home Affairs Committee found that the Home Office has “utterly failed” to ensure the safety of people held in Britain’s immigration detention centres.

Since the Panorama programme was broadcast in September 2017, 15 of the 21 staff allegedly involved in the incidents have either left G4S, resigned or been sacked.

And Brook House faces another inquiry by the prisons ombudsman.

When we put major concerns about the latest events at Brook House to G4S who run the centre for profit, a spokesperson said: “our team responded to a contained indiscipline at Brook House Immigration Removal Centre today involving a small number of detainees which has now been resolved.”

The Home Office has not responded yet to requests for a comment.

Karen Doyle of Movement For Justice who support immigration detainees had been talking to detainees too at Brook House. She said: “several of the detainees we’ve spoken to talk about a detainee who tried to hang himself on Sunday night and two attempted suicides in the past week.

“A number have been detained for very long periods. The combination of abuse, constant fear of deportation, never knowing when or if you’ll be freed to see your family again – all these things are deeply traumatic. Detention leads to mental illness, it perpetuates trauma and abuse.”

The Home Office maintains that people detained by them are held for removal and it is against their rules to hold people indefinitely.

But that flies in the face of evidence of some detainees being held for months and years – though most are held for weeks.

Also the damning Shaw report into detention found over half of detainees are ultimately released back into the community, raising questions about not only the human cost to people’s health, but the cost to taxpayers of pointless lengthy periods of detention.