Among the most endangered on the list is the Skywalker gibbon, which now numbers less than 150 in the wild 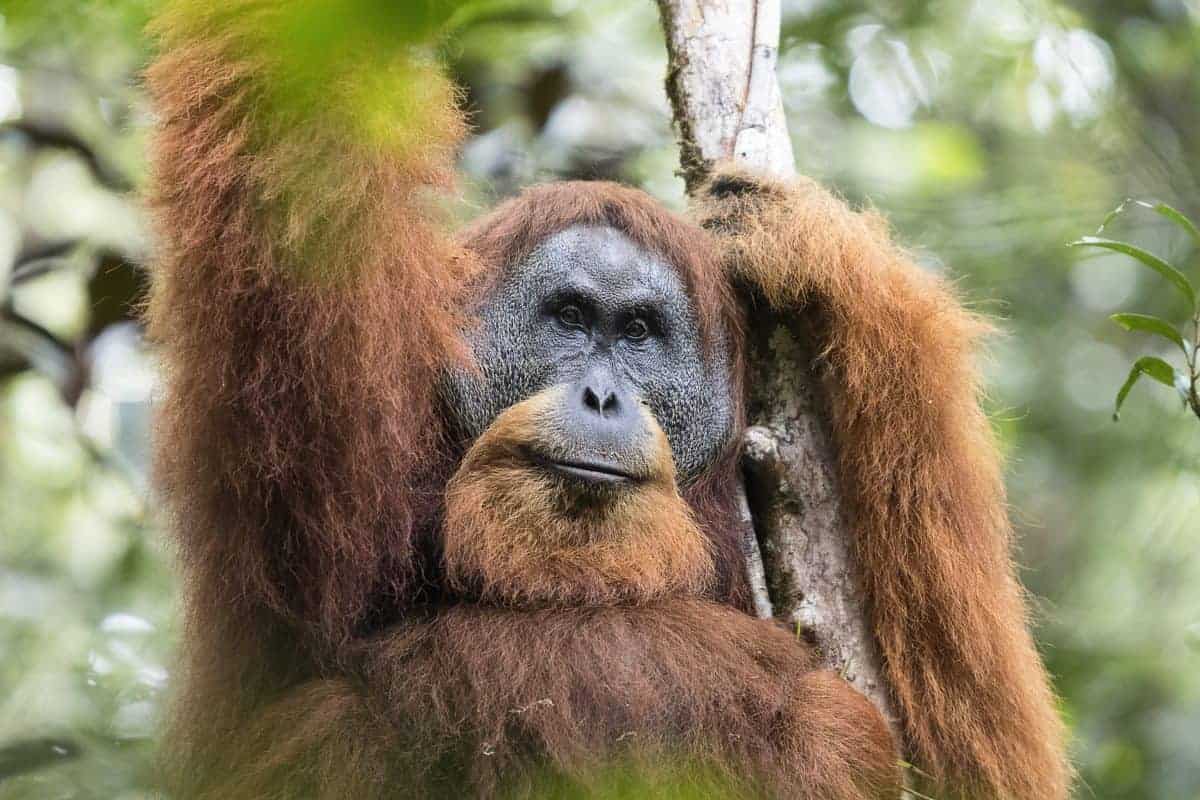 SEVEN new species have appeared for the first time on the world’s 25 most endangered primates list – including western Chimpanzees and the super-rare Skywalker hoolock gibbon.

The bleak report, named ‘Primates In Peril: The World’s 25 Most Endangered Primates 2018-2020’, warns that many of the world’s primates are on the brink of extinction and need urgent help.

A shocking seven species have never before appeared on the list – but their rapidly dwindling numbers are as low as just a few hundred individuals in the wild.

And one of the most imperiled primates on the list is the Tapanuli orangutan from Sumatra, Indonesia – the first great ape identified since the bonobo from the D.R.C. in 1929.

The endangered orangutan was only identified in 2017, but is one of the world’s most threatened primates, numbering less than 800 in the wild.

The new research has been compiled by conservationists from Bristol Zoological Society.

Dr Russell Mittermeier, chief conservation officer of GWC, said: “If you took all the remaining individuals of the 25 Most Endangered Primates list, you wouldn’t fill the seating of a large football stadium.”

Across the globe, 69 per cent of the total 704 primate species and subspecies are considered threatened, the report shows.

Almost half (43 per cent) are listed as Critically Endangered or Endangered, some of which are down to a few dozen or a few hundred individuals.

Appearing on the list for the first time are the Skywalker hoolock gibbon, the Olalla brothers’ titi monkey, the pied tamarin, the western Chimpanzee, and the Bemanasy mouse lemur.

The buffy tufted-ear marmoset and the Ecuadorian white-fronted capuchin are also new to the list.

Elsewhere on the list, the golden-headed langur is down to just 50 or 60 individuals left, all on the island of Cat Ba, off northern Vietnam.

One of the lead editors of the report is Dr Christoph Schwitzer, chief zoological officer at Bristol Zoological Society.

He said: “This report reveals the bleak prospects of some of the world’s most incredible animals.

“Some are well-known and others barely studied, but all are in danger of extinction from the relentless destruction of their habitats, illegal wildlife trade and commercial bushmeat hunting.

“We hope this report will help draw attention to their plight.

“We still have so much to learn about them and yet there is still so much more that needs to be done to protect them. Many are disappearing before our very eyes.”

But Dr Schwitzer added: “Despite this, I still have hope that it is not too late.

“There is an unprecedented level of interest in world environmental issues, particularly among the younger generation.

“Many are more inspired, passionate and motivated than ever before to do their part to help make a difference.

“It is this kind of support, combined with effective conservation action, which is vital if we are to avoid losing these wonderful and charismatic animals forever.

“This report demonstrates the growing importance of collaboration between the international conservation, scientific and zoo communities in the protection of species and habitats,” he said.

“Bristol Zoological Society, for example, works closely with other conservation organisations and zoos.

“Through this, we increase our understanding of the ecology, behaviour and conservation status of many highly threatened species and conserve them in the wild.”

Bristol Zoo Gardens is home to two species on the list – the Lake Alaotra gentle lemur and the aye-aye.

The zoo currently has a family group of five along with a second breeding group at its sister attraction, Wild Place Project.

Aye-ayes are also under threat in Madagascar due to forest degradation, slash-and-burn agriculture and local communities which believe the aye-aye is a harbinger of death.

As such, aye-ayes are often killed whenever they are seen near their villages. The number of remaining aye-ayes is unknown but thought to be very low.

Bristol Zoological Society has been working to protect lemurs in Madagascar since 2006.

The zoo is currently helping to build a new field station – the Ankarafa field station in the Sahamalaza-Iles Radama National Park in Madagascar.

And Dr Gráinne McCabe, Bristol Zoological Society’s head of field conservation, said there are “success stories” to be shared and celebrated – despite the bleak report.

She said: “For example, in 2014, several species of primates from Vietnam were placed on the list.

“We have also seen the strengthening of protected areas for some of these species, such as the golden-headed langur, which has led to an increasing population size.

“Nature and the environment are hugely important and make such a positive difference to people’s lives – we see it first-hand in our visitors to Bristol Zoo and Wild Place Project.

“Engaging with them is our greatest opportunity to save wildlife.

“Our vision is for wildlife to be a part of everyone’s lives and for people to want to, and be enabled to, protect wildlife now and for the future,” she added.

The full list of endangered primates is as follows: