There had been warnings about Sudesh Amman, 20, who was jailed for possessing and distributing terrorist documents in December 2018, and had been freed in the past six weeks. 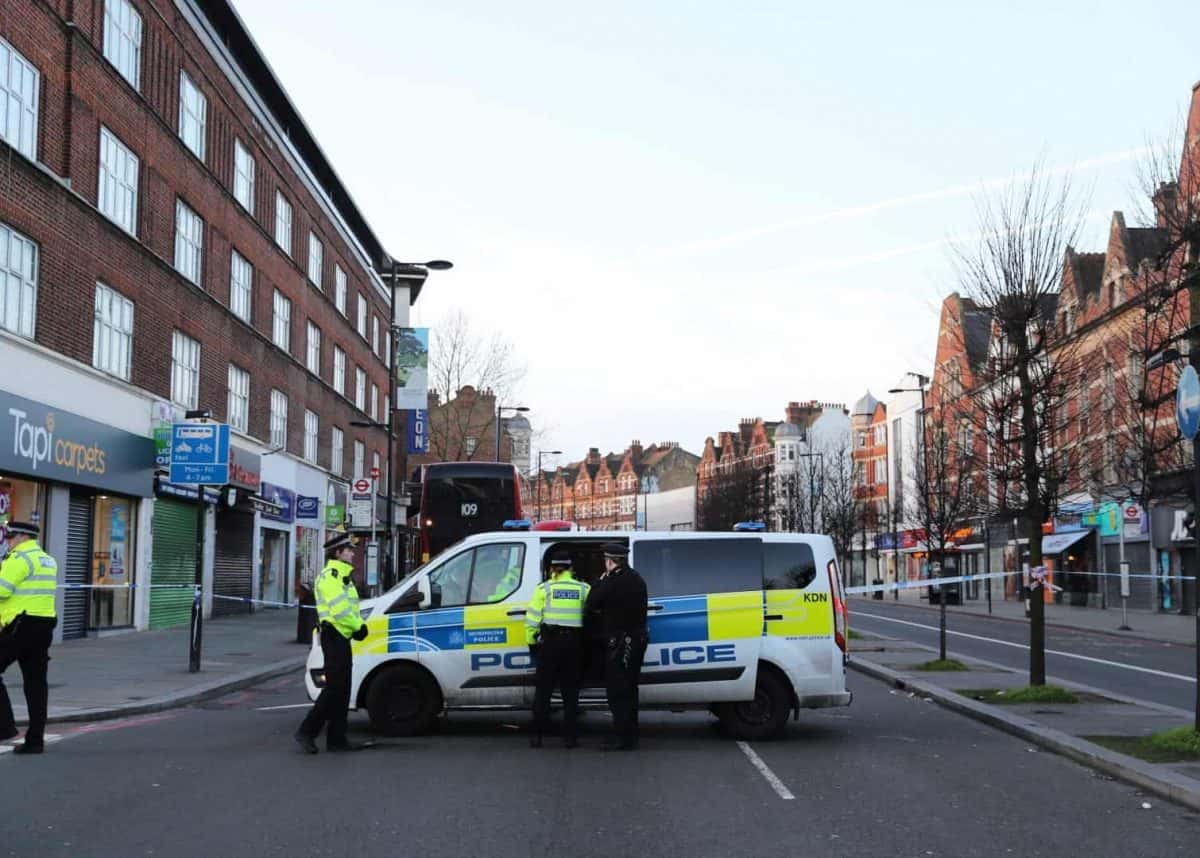 The man shot dead by police following a stabbing attack in south London was a convicted terrorist who had recently been released from prison and was under surveillance.

Fanatic Sudesh Amman, 20, who was jailed for possessing and distributing terrorist documents in December 2018, had been freed in the past six weeks.

He was released despite a warning that he posed a continued risk, prompting renewed concerns about how convicted terrorists are dealt with in the justice system.

The London Mayor on Monday morning called the attack “foreseeable” and asked why Boris Johnson had not made any of the changes he promised after the November atrocity on London Bridge – also carried out by a convicted terrorist.

The London Mayor praised “the speed of the police” and “the brilliance of the medics” in Streatham that prevented any loss of lives. But he said he was “angry” that lessons had not been learned after November’s fatal London Bridge attacks.

Sadiq Khan told Sky News’ Kay Burley: “We’ve now had in three months two examples of men convicted of terrorism who have been released and gone on to do serious damage.”

He said the government had serious questions to answer: “we know there are 70-odd people who have been convicted of a terror offence and have been released from prison – what are the Government doing to make sure they are not a danger to the public?

“We’ve got roughly speaking 200 plus people convicted of terrorism in prisons now – what are we doing to make sure they are punished and reformed rather than being the recipients of radicalisation – where prisons are universities of crime – rather than being properly rehabilitated.

“So I’m quite worried in relation to the government’s response, but also we know that over the past few years the Government’s actually changed the law to remove from judges the tools they had to give for example an indeterminate sentence to protect the public.

“We know that prisons are overstretched, prison officers in some prisons aren’t to do the job they want to do, but also the probation services are struggling too. We can’t afford to have 30/40 police officers keeping an eye on everybody who is released.”

The Mayor said the armed team following the suspect was “exemplary” in their speedy reaction, but he warned that the incident was “foreseeable.”

The London Mayor asked why the Government had removed the power for indeterminate sentences for criminals deemed a risk to the public in 2012. He called for judges to have more powers again, as well as more funding for the police, prison, probation services and de-radicalisation programmes in prison – all of which have suffered cuts in recent years – after it was revealed that there had been warnings about releasing the Streatham attacker.

Warnings that the Streatham attacker would not be released

Prime Minister Boris Johnson has said he will announce plans on Monday for “fundamental changes to the system for dealing with those convicted of terrorism offences” following the Streatham attack.

He had promised changes following the London Bridge attack in November when another recently-released terrorist, Usman Khan, stabbed two people to death while wearing a fake suicide vest at a prisoner rehabilitation event in Fishmongers’ Hall.

Sam Armstrong, from the Henry Jackson Society – a foreign policy think tank – said Amman was thought to have been staying in a bail hostel in south London.

He said the society had warned in December that Amman was due for release within the next two months and should not be let out of prison. Amman, who at the time of his sentencing was 18 years old and had an address in Harrow, north-west London, had been jailed for three years and four months.

Two people were stabbed in the attack in Streatham on Sunday afternoon. Scotland Yard said armed officers were following the suspect on foot as part of a “proactive counter-terrorism surveillance operation” on Streatham High Road.

Three victims were taken by ambulance to south London hospitals. One man, in his 40s, is no longer considered to be in a life-threatening condition following treatment, police said. A woman, in her 50s, who had non-life threatening injuries has been discharged from hospital.

Police said a second woman in her 20s, who received minor injuries believed to have been caused by glass following the discharge of a police firearm, continues to receive treatment.

A device found strapped to the body of the suspect was a hoax, the Metropolitan Police added in a statement. It said: “The situation has been contained and officers from the Met’s Counter Terrorism Command are now leading an investigation into the incident.

“The incident was quickly declared as a terrorist incident and we believe it to be Islamist-related.”

Jonathan Bartley, co-leader of the Green Party and councillor for the St Leonard’s ward on Lambeth Council, said: “There’s absolute shock and disbelief from residents that are around. There was an immediate sense of panic and fear when it happened.”

Neighbours in Harrow told of their shock at what had happened.

Mechanical engineering apprentice Jignesh Khomani, 20, said he was “saddened” by the attack, and described Amman as “a pretty average guy”.

A teenager, who said she knew him from the local neighbourhood but did not want to give her name, said Amman used to talk about being a terrorist but she and others thought he was joking.

Police continued investigations overnight, with search warrants being carried out at two addresses in south London and Bishop Stortford. On Sunday evening, forensics officers could be seen near Superdrug and Boots examining the area for clues.

There have been several major incidents in recent years.

A series of terror attacks has brought horror to the streets of Britain in recent years.

The latest saw the death of a man who was shot by armed police officers in Streatham, south London, on Sunday, with the Metropolitan Police declaring it as a “terrorist-related” incident.

Here are some of the major domestic incidents in recent years:

– May 22 2013: Fusilier Lee Rigby died as a result of multiple cut and stab wounds after being attacked in Woolwich, south-east London, by extremists Michael Adebolajo and Michael Adebowale. Adebolajo was given a whole-life term and Adebowale was jailed for a minimum of 45 years.

– June 16 2016: Labour MP Jo Cox was stabbed 15 times and shot three times outside her constituency surgery in Birstall, near Leeds, a week before the EU referendum. Neo-Nazi Thomas Mair, who shouted “Britain first” in the attack, was given a whole life sentence for the murder.

– March 22 2017: Kent-born Khalid Masood, 52, was shot dead by police after he drove a rental car into pedestrians on Westminster Bridge before fatally stabbing Pc Keith Palmer, 48, in the Palace of Westminster’s forecourt. US tourist Kurt Cochran, Romanian tourist Andreea Cristea, and Britons Aysha Frade and Leslie Rhodes were also killed.

– May 22 2017: Around 10.30pm British-born Salman Abedi, 22, walked into the foyer of Manchester Arena as crowds streamed out of an Ariana Grande concert and detonated a device packed with shrapnel, killing 22 people, including children.

– June 3 2017: A white van hit pedestrians on London Bridge before three men got out of the vehicle and began stabbing people in nearby Borough Market, leaving eight people dead and 48 injured. Khuram Butt, Rachid Redouane and Youssef Zaghba were shot dead by police minutes later.

– June 19 2017: A group of Muslim worshippers were hit after a van slammed into them near Finsbury Park Mosque, north London, after many of them had attended evening prayers during the holy month of Ramadan. One person died. Darren Osborne was jailed for at least 43 years after being found guilty of murder and attempted murder.

– September 15 2017: Ahmed Hassan’s homemade bomb partially exploded on a London Underground rush hour train at Parsons Green, injuring more than 50 people. He was sentenced to life with a minimum jail term of 34 years.

– November 29 2019: Jack Merrit, 25, and Saskia Jones, 23, were stabbed to death by Usman Khan, 28, at a prisoner rehabilitation event. A man and two women were also injured before Khan, who was released from prison on licence in December 2018, was shot dead by armed officers on London Bridge. 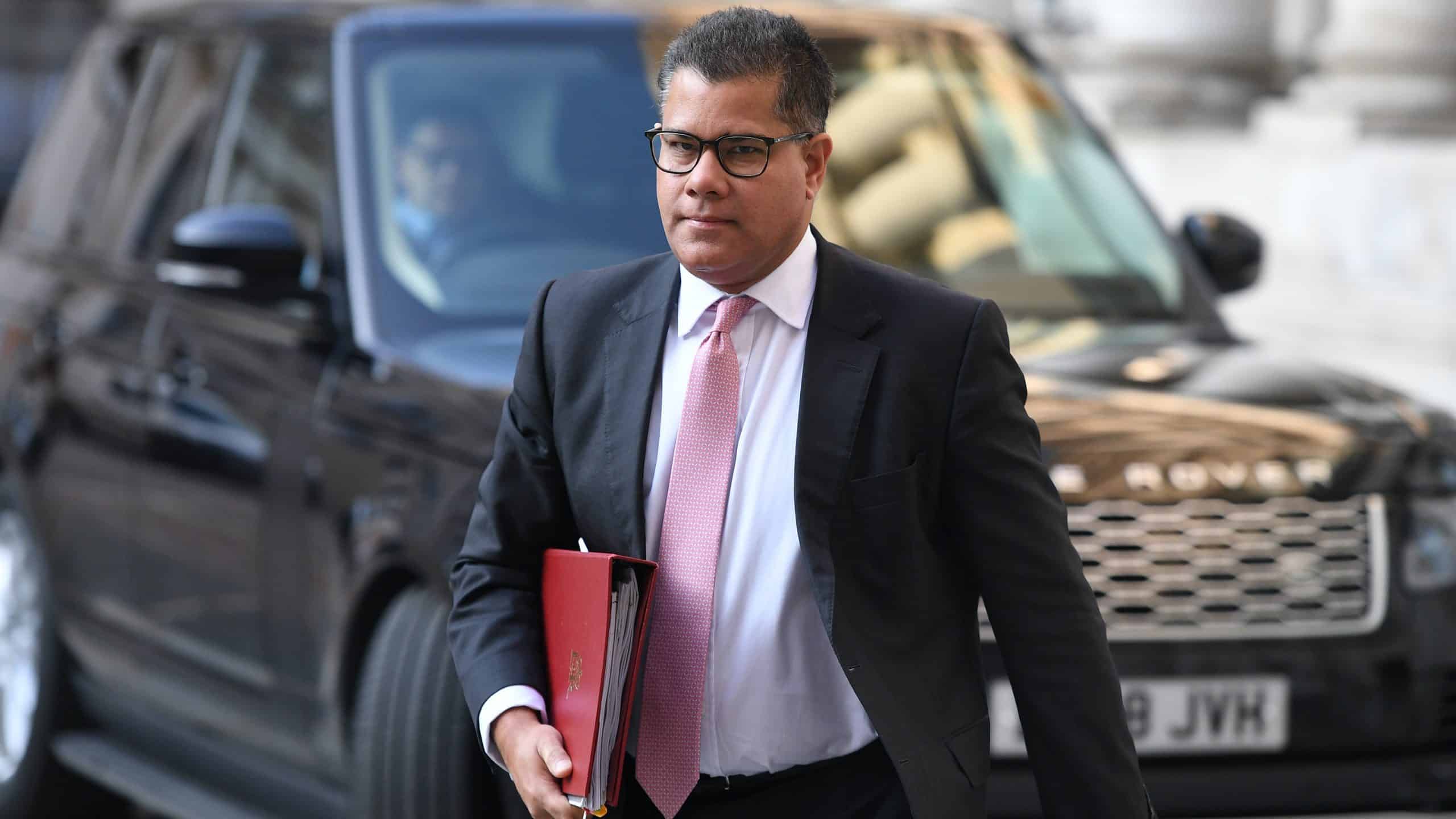