Rory Stewart stole the first TV debate between Conservative leadership contestants last night with straight-talking views on Brexit. The MP for Penrith and The Border received a warm response for hitting back at suggestions that a no deal should be kept on the negotiating table, pointing out that parliament is not prepared to let a […] 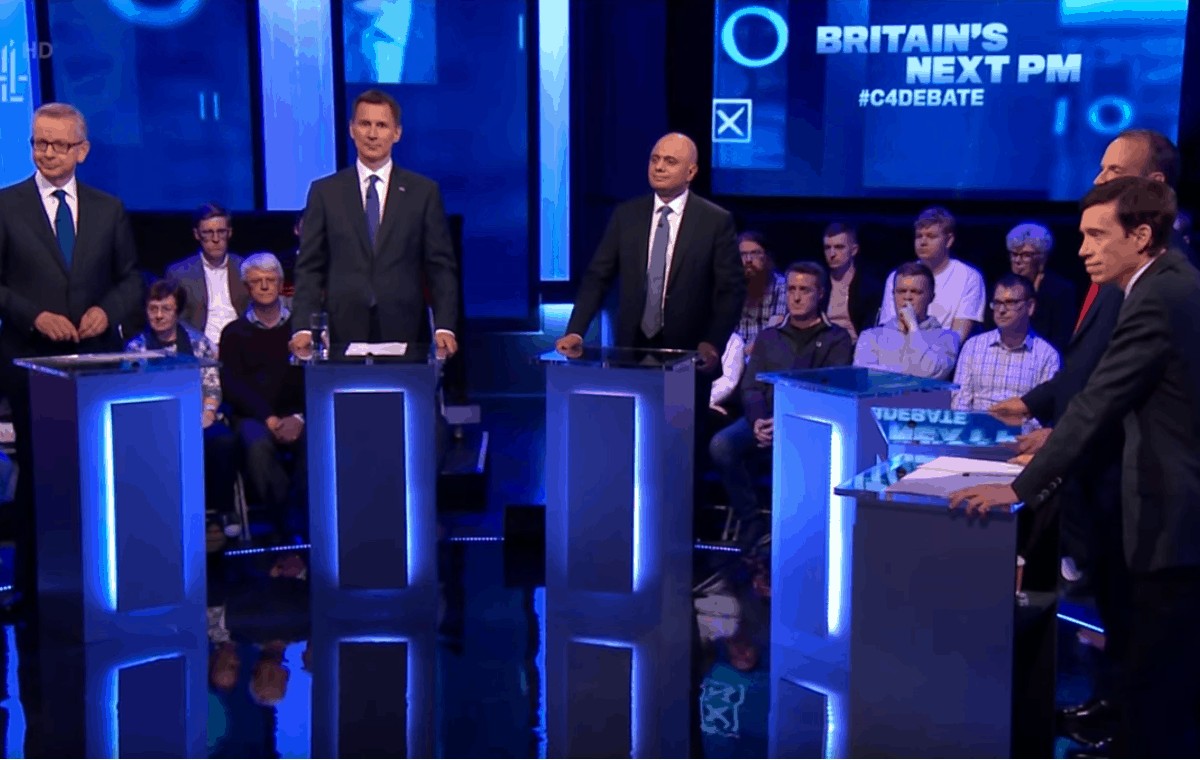 The MP for Penrith and The Border received a warm response for hitting back at suggestions that a no deal should be kept on the negotiating table, pointing out that parliament is not prepared to let a prime minister “walk away” by taking the UK out of the EU without a deal.

“A threat isn’t credible unless it can be delivered,” he said.

Stewart’s team has received another endorsement from Paul Masterton MP today, with at least three others who were backing Matt Hancock reportedly joining them.

Masterton tweeted: “With Matt out, I’m still looking for the same things:

“Energy, intelligence + enthusiasm with a clear vision for delivering Brexit + for the country beyond it.

“Someone who really gets the Union,  with ideas to strengthen + secure it.

“Tomorrow I’ll be voting for @RoryStewartUK”.

They applauded Stewart when he said you can’t say to the EU that if it doesn’t give us what we want we will do something that is damaging to our economy. He also challenged Raab face to face, just inches away, saying: “Let me ask you a couple of questions.”

“Do,” said Raab, to which Rory probed: How would you us out of the EU when parliament refuses to vote for the deal and refuses to allow us to leave without a deal? That left other Tory leadership rivals to round on Raab over the possibility of proroguing parliament – to stop MPs blocking a no deal Brexit .

Elsewhere, Jeremy Hunt criticised Boris Johnson for not turning up for the debate, turning at one point to an empty podium used by Channel 4 to highlight Johnson’s non-appearance, saying:

“I just want to say: where is Boris? If his team won’t let him out to debate with five pretty friendly colleagues, how is he going to get on with 27 European colleagues? He should be here to answer that question.”

Hunt also offered a light apology to junior doctors for the way he dealt with the debacle as Health Secretary, saying: “I don’t think I was as good at communicating my vision as I should have been.”

Michael Gove said he “believed in Brexit” adding in a reference to his fallout with David Cameron: “I put everything on the line, friendships and family, to be able to argue for it.”

“I’m saying I can get the European Union to change their approach,” he said.

He said “we cannot leave unless Parliament votes for it” and, addressing Mr Raab, he said no deal could not be pushed through “against the will of Parliament”.

Said Javid added: “The number one mistake that was made was not properly preparing for No Deal.”

Meanwhile Dominic Raab hit back at Rory Stewart by saying his option – calling up 50,000 ordinary Brits to sort out Brexit through a “citizens’ assembly” – was the “Venezuelan option”.