The boy has been airlifted to Leeds General Infirmary after the incident at Lightwater Valley theme park near Ripon, North Yorks 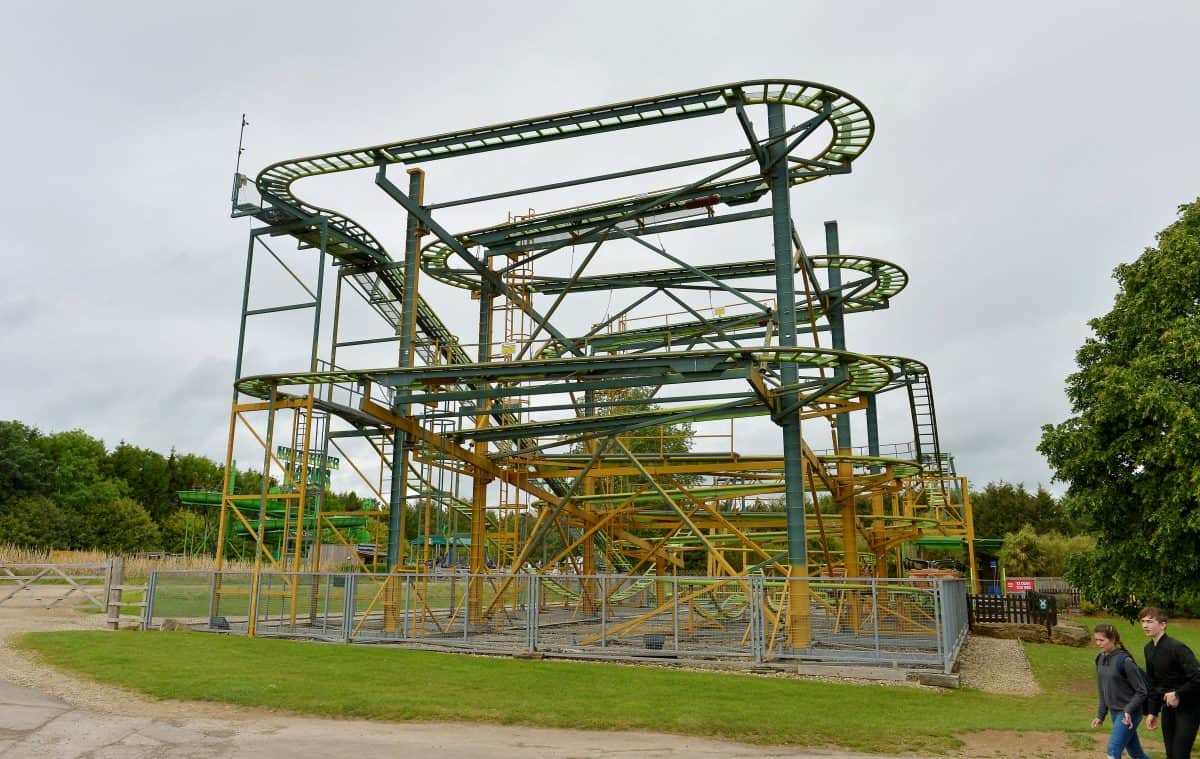 A six-year-old boy has been airlifted to hospital after apparently falling 30ft from a rollercoaster.

The incident happened at the Lightwater Valley theme park near Ripon, North Yorkshire at 11.30am on Thursday.

An onlooker said the youngster was riding the Twister rollercoaster when he slipped out of the carriage and plunged between 20ft and 30ft.

He was conscious when officers arrived and his condition is said to be “non life-threatening”.

The ride, which is described on the theme park’s website as “full of seriously tight turns”, was shut down immediately.

Simon Moran, who saw the accident happen, tweeted: “Just saw a kid fall off the Twister rollercoaster at Lightwater Valley.

“He mustn’t have been strapped in right, or too small for the ride.

“As it went down the fast bit towards the ‘souvenir’ camera, he slid out and over the top of the carriage.

A North Yorkshire Police spokesman said: “Police were called to reports of a medical incident involving a child at Lightwater Valley theme park near Ripon at 11.30am today.

“The child, a six-year-old boy, who was conscious when officers arrived at the scene, has been taken to hospital. His condition is not believed to be life threatening.

“The Health and Safety Executive (HSE) has been notified. Officers remain at the scene.”

The Lightwater Valley website describes the Twister as: “An awesome, fun-packed experience for all the family, with passengers boarding a strange waltzer-shaped ride car and heading on an epic ascent to the treetops!

“Giving riders the impression that they might not make it around the next corner, with the threat of plummeting into the treetops being a constant source of tension for parents (and amusement for the kids).

“With serious amounts of anticipation, tight turns and swift drops, watch out for the ride cars unhooking on the lower level as the spinning steps up a gear.”

In 2001, tragedy struck the theme park after student Gemma Savage, 20, died when two cars collided on the Treetop Twister ride at the theme park.