The new study by the University of Edinburgh sheds light on locations NASA’s next rover Mars 2020 should concentrate on.

The next-generation robot will carry a sophisticated mobile geology lab designed to search for signs of tiny dead Martians.

Primitive algae and bacteria are the most likely ancient inhabitants of the Red Planet that was once covered in water.

Study leader Dr Sean McMahon, of the School of Physics and Astronomy, and colleagues found rocks made of compacted mud or clay are the best bet.

This is because they are rich in iron and a mineral called silica, which helps preserve fossils.

Mudstones rich in silica and iron-bearing clays formed in the ancient lakes and rivers of Mars.

This was during the Noachian and Hesperian Periods of Martian history between three and four billion years ago.

At that time the planet’s surface was abundant in water, which could have supported life.

Microbial life could also have been preserved in silica or calcite-rich hot spring deposits – although these have yet to be found on Mars – and possibly in salt rocks.

The ‘field guide’ published in the Journal of Geophysical Research will also assist a similar planned mission by the European Space Agency.

Explained Dr McMahon: “There are many interesting rock and mineral outcrops on Mars where we would like to search for fossils.

“But since we can’t send rovers to all of them we have tried to prioritise the most promising deposits based on the best available information.”

The researchers say the rocks are much better preserved than those of the same age on Earth.

Mars is not subject to plate tectonics – the movement of huge rocky slabs that form the crust of some planets – which over time can destroy rocks and fossils inside them.

The analysis published in the Journal of Geophysical Research reviewed studies of fossils on Earth and assessed the results of lab experiments replicating Martian conditions.

This identified the most promising places on the planet to explore for traces of ancient life.

The findings could inform NASA’s next mission to the Red Planet two years from now which will focus on searching for evidence of past life.

The US space agency’s Mars 2020 rover will collect rock samples to be returned to Earth for analysis by a future mission.

A similar mission led by the European Space Agency is also planned in the near future. 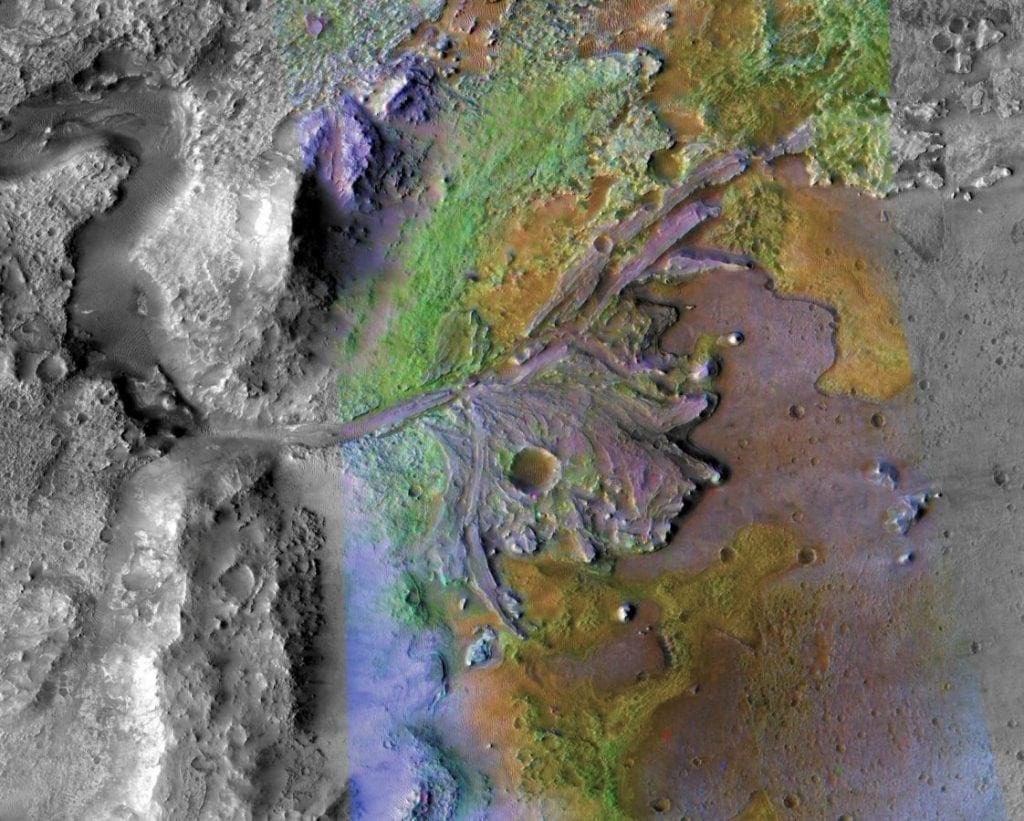 The latest study of Mars rocks led by the University of Edinburgh could aid in the selection of landing sites for both. It could also help identify the best places to gather rock samples.

Most of us associate fossils on Earth with the hard remains of shellfish or even bones. But any evolution on Mars most likely stopped with microbial organisms – and did not advance to complex life forms.

Finding the right environmental conditions for preserving soft bodies is much more difficult.

Habitable conditions are thought to have existed on the Red Planet billions of years ago.

Scientists have suggested early Mars was cold and wet – not unlike Antarctica today. Dissolved salts in Martian oceans would have kept water liquid even at sub zero temperatures.

Another theory proposes the planet was once wetter and warmer than previously thought – similar to the sizzling Mojave Desert of Nevada.

Either way, enough liquid water should have been present for microbial life to have gained a foothold.

And once that happened, life probably was pervasive in Martian water bodies early in the planet’s history.