The Daily Mail columnist sent out a rallying cry to office workers to return to work - but people can't believe the ending. 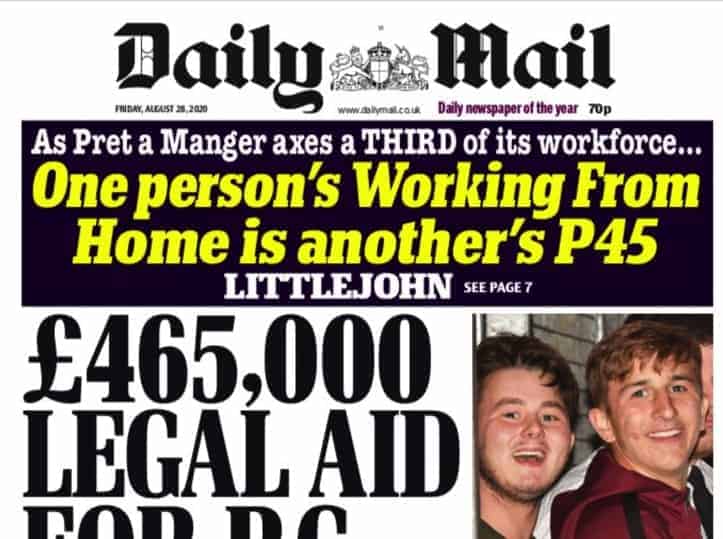 An article penned by Richard Littlejohn is making the rounds on social media after users picked up on a dramatic twist at the end.

The Daily Mail columnist used his regular slot to take aim at those worried about returning to the office today, saying “one person’s Working From Home is another’s P45”.

Quoting former Prime Minister Harold Macmillan, he said “some of our people have never had it so good.

“You can hear them every single day on radio phone-ins, boasting smugly about their exciting new ‘work/life balance’ and the amount of money they are saving on their railway season tickets.”

“Better than The Sixth Sense”

Littlejohn also called out the unions for not caring about the “myriad service industries” who have “built their business models around catering for commuters in city centres”.

But in a twist that has been described as being “better than The Sixth Sense”, he added:

“In the interests of full disclosure, I should tell you that, like most people who write for a living, I’ve worked from home for the past 30-odd years, unless I’ve been broadcasting and needed to be in a studio.”

Honestly, I haven’t seen a twist this good since The Sixth Sense. pic.twitter.com/0KDVJjG2DN

“Back to the office with you!”

The column was published after it was revealed that people who are no longer of a working age are most likely to think firms should be encouraging staff to return to the office.

According to YouGov polling 44 per cent of those aged 65 and above believe firms should be encouraging staff to go back to the workplace.

I have worked in the same office as Richard Littlejohn for eleven years and I am happy to be corrected but to the very best of my knowledge he has never once been into it. https://t.co/4Cynnk4Xrs

The polling was released as the government prepares to unleash a media blitz warning “Go back to work or risk losing your job”.

According to Telegraph reports ministers are sending out the message that struggling firms will find it easier to hand out P45s to people they never see rather than those who have been at their desks during the pandemic.

Labour MP Lucy Powell said it “beggars belief that the government are threatening people like this during a pandemic”, while Ryan Bourne said it is “quite frankly none of the government’s business” what firms should be advising their staff to do.

Richard Littlejohn lives in Florida, writing columns from his beach home rallying against the decline of England https://t.co/cL08SezVCP