“I wouldn’t even rape you” he tweeted to Jess Phillips, during a 2016 campaign of trolling threatening tweets against the Birmingham Yardley MP. 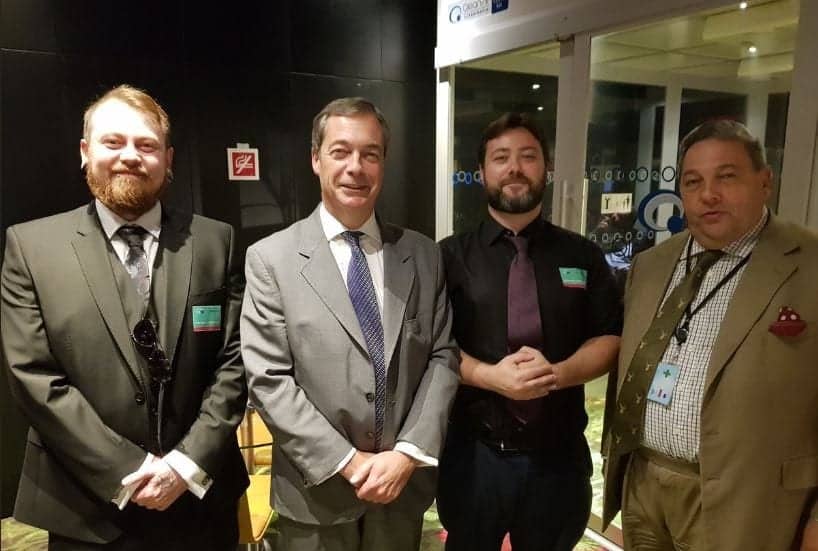 UPDATE: Mark Meecham and Carl Benjamin have actually been picked by UKIP as MEP candidates in the European Parliamentary elections.

A Ukip conference overshadowed by warnings that the party’s new leader Gerard Batten is dragging the party to “marginalisation” at the extremes of politics has been addressed by controversial figures including a YouTuber who has even outraged Alt Right listeners, asking them to act “white” and using the “n” word.

The newly joined Ukipper is notorious for rape taunts of a female MP, bizarre opinions on women’s rights and recently exclaiming that the age of sexual consent is “depending on the child.”

Carl Benjamin, 39, a controversial YouTuber known as Sargon of Akkad addressed the conference by video from the US, explaining he had joined Ukip as Theresa May was not pro Brexit enough.

He thanked Gerard Batten for inviting him to speak and slammed the media for “scaremongering about Ukip being an evil far-right party.”

Benjamin then said that he had joined the party to make a stand against “communists in our universities, Islamists in our northern towns, or censorious MPs,” in a livestream from a YouTubers convention in Milwaukee, adding that he would like to see Ukip “expand its remit,” from just being a pro-Brexit party.

But we can reveal that he has been rounded on recently on social media for views and language that have sickened even his followers.

UPDATE & warning : we have added hyperlinks to where these things were said but they are in with some conversation that can be very offensive, so please be warned –

In a recent livestream he repeatedly used the “n” word, telling Alt Right listeners that they should act like white people.

In a series of public spats Nigel Farage has made no secret of his despair at his successor as Ukip’s leader Gerard Batten’s extremism.

In a prepared speech delivered at a recent anti-Islamic rally, Batten insisted that “the Great British media do not want to talk about the group identity of the rapists, or the ideology that inspires them.

“The rape gang members are predominantly followers of the cult of Mohammed.”

Controversial UKIP children’s spokesman Alan Craig told the party’s annual conference that Muslim sex gangs are responsible for a “holocaust of our children,” and that gangs preying on mainly “white English girls” could be traced right back “to Mohammed himself.”

But delegates might be concerned by comments made by conference speaker Carl Benjamin about the age of consent.

On his YouTube channel chatting to another controversial YouTuber who says he does not believe in an age of consent and confessed to underage sex, adding: “I was well under the age of 11 when I started having sex. Please convince me that I didn’t know what I was doing,” Carl Benjamin says “yeah, I think… it depends on the child really, doesn’t it… it should really be a case by case basis…” in a conversation where the pair quipped about how sex with children is culturally specific.

Benjamin has made a name for himself on YouTube where he airs misogynist views such as defending Elliot Rodger as a “poor f*****g guy” who had “no option” but to murder six people because of feminism, and describing Harvey Weinstein’s victims as “gold digging whores.”

Benjamin was behind a misogynistic trolling campaign against a female MP too. “I wouldn’t even rape you” he tweeted to Jess Phillips, during a 2016 campaign of trolling threatening tweets against the Birmingham Yardley MP, including rape and death threats by followers.

Benjamin has recently posted vidoes of himself in conversation with Ukip leader Gerard Batten and David Coburn leader of Ukip in Scotland.

The party conference in Birmingham also had a speech by Mark Meechan, who makes videos under the name Count Dankula. Meechan calls himself a comedian and free-speech campaigner, but remains best known for being fined after he posted an online video of his girlfriend’s pug dog giving Nazi salutes, as well as being an advocate of Tommy Robinson.

Controversial Alt Right figures Milo Yiannopoulos and Paul Joseph Watson joined Ukip along with YouTubers Sargon of Akkad, Count Dankula over the summer, bringing an influx of thousands of new members to the ailing party.

Gerard Batten’s predecessor Nigel Farage warned the party faces “total and utter marginalisation” if it allows in divisive figures such as former English Defence League founder Tommy Robinson – who Batten supported at a recent rally – into the party.

Batten said Robinson would not be admitted to Ukip “in the near future” because it would require changes to the party’s rules but he insisted the controversial figure was not “far Right” and had his backing.

Ukip insisted that Carl Benjamin had been invited to speak at a panel on the EU as a “subject matter expert” and that he was not an official party representative, despite Warplan Purple’s Twitter account describing itself as “an official UKIP account on the front lines of the culture war. SERVICE GUARANTEES CITIZENSHIP!”

“He’s said some distasteful things in the past, but the vast bulk of what he says is very sensible,” a party spokesman told The Sunday Times this weekend.

A new Ukip policy document published ahead of their party conference proposes racially-charged policies such as Muslim-only prisons, screening for Muslim would-be immigrants, and an end to legislation protecting equality as well as redefining hate crime.

By Ben Gelblum and Christopher Jenkins 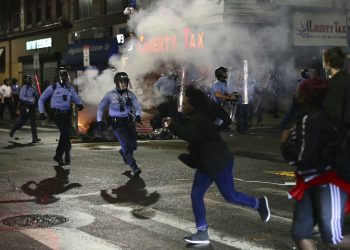