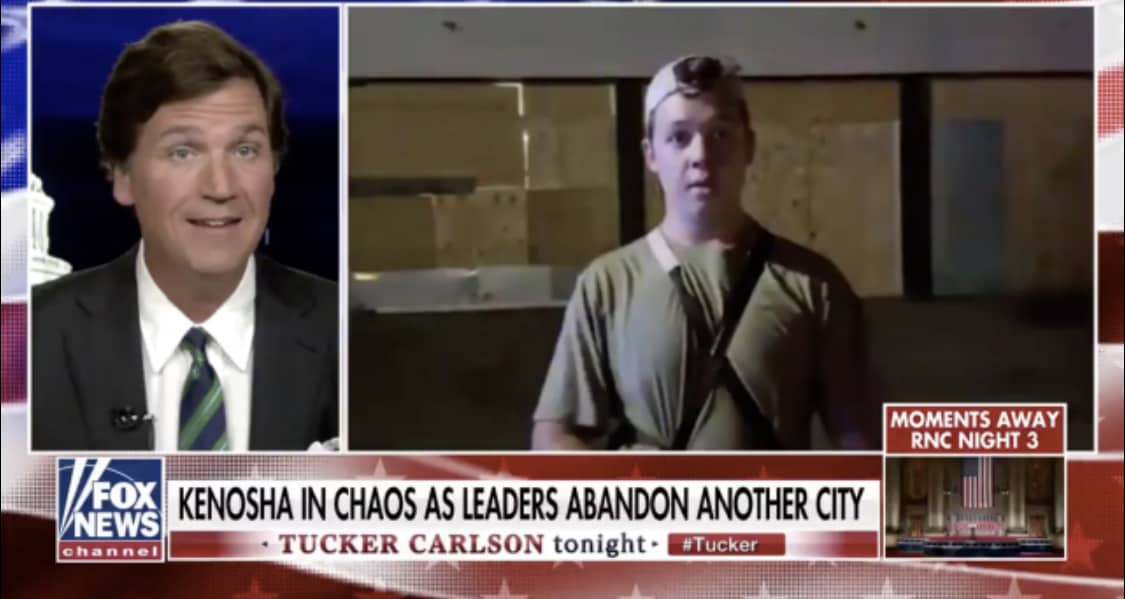 The rightwing Fox News host Tucker Carlson has defended the actions of a 17-year-old who was arrested and charged with murder after two people were killed in Kenosha, Wisconsin, as white vigilante agitators shot at Black Lives Matter protesters.

Kyle Rittenhouse, of Antioch, Illinois, was taken into custody on suspicion of first-degree intentional homicide. Antioch is about 15 miles from Kenosha where protests have been taking place.

Two people were shot dead on Tuesday night in the attack carried out by a young white man who was caught on mobile phone video opening fire in the middle of the street with a semi-automatic rifle.

“I just killed somebody,” the gunman could be heard saying at one point during the shooting rampage that erupted just before midnight.

One victim was shot in the head and the other in the chest, Sheriff David Beth told the Milwaukee Journal Sentinel. A third person suffered gunshot wounds not believed to be life-threatening.

In response to the brutal killings Tucker Carson told Fox viewers: “Kenosha has devolved into anarchy because the authorities in charge of the city abandoned it. People in charge from the governor of Wisconsin on down refused to enforce the law. They stood back and they watched Kenosha burn.”

He then added: “So are we really surprised that looting and arson accelerated to murder? How shocked are we that 17-year-olds with rifles decided they had to maintain order when no one else would?”

There was outrage on social media at his comments