The boy died after being rushed to hospital from The King Harold pub in Harold Wood, east London

A seven-year-old boy has died after falling off a wall at a pub.

Police were called by paramedics to The King Harold pub in Harold Wood, east London, on Tuesday.

The badly injured boy, who has not been named, was rushed to hospital following the incident at the pub near Harold Wood railway station at around 5.20pm.

But he was pronounced dead shortly after arrival just over an hour later.

Police are treating the incident as “unexplained” and the Health and Safety Executive has been informed. 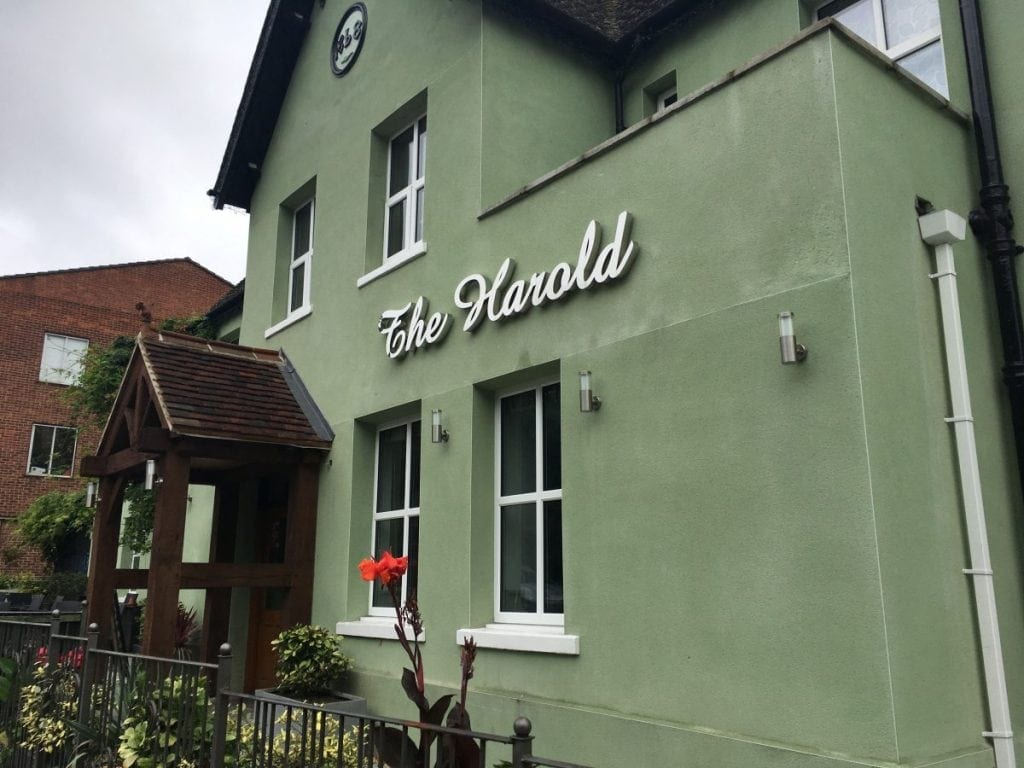 A Met Police spokesman said: “Police were called by the London Ambulance Service to a pub in Station Road shortly after 5.20pm on Tuesday to a report of a child who had fallen from a wall.

“Officers and paramedics attended and a seven-year-old boy was found with serious injuries.

“He was taken to an east London hospital where he was pronounced dead at 6.33pm. His next of kin have been informed.”

He added: “The death is currently being treated as unexplained. A post-mortem examination will be held in due course.

“The Health and Safety Executive has been informed.”