The £3million property, owned by the 'The Club is Alive' singer, was badly damaged during the two-and-a-half hour blaze, which police are treating as potential arson. 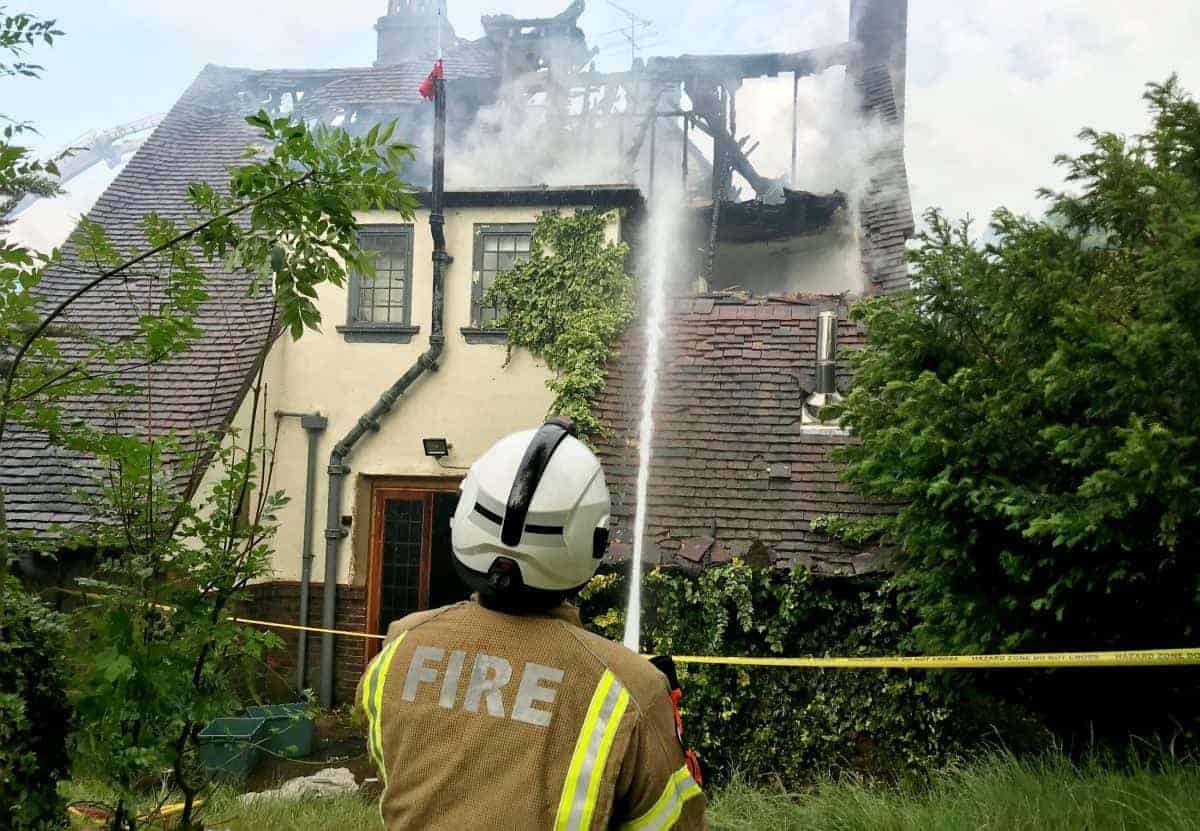 Police are investigating a ‘suspicious’ fire that broke out at Oritse Williams’ mansion – a week after he was cleared of raping a fan.

The £3million property, owned by the ‘The Club is Alive’ singer, was badly damaged during the two-and-a-half hour blaze, which police are treating as potential arson.

Ten fire engines and 70 firefighters amassed at the fire at the “derelict property” in Croydon, south London yesterday (Tues).

Oritse appears to have moved out of the property, which was in a state of disrepair before the fire, but it was once home to TV funnyman Ronnie Corbett.

Part of the first and second floor of the detached three-storey home was burnt and a small part of the roof was also damaged.

The London Fire Brigade confirmed that they were called at 4.30pm – but the fire was under control by shortly before 7pm.

Former JLS star Oritse, 32, was cleared on May 28 by a jury of attacking a fan in a hotel room after a solo gig back in December 2016.

Photos of the home once owned by late comedian Ronnie Corbett revealed broken windows and a green pool in November.

A spokeswoman for Scotland Yard has confirmed that that “arson form a line of enquiry” in their investigation.

She said: “Police were called at 4.39pm on Tuesday, June 4 following reports of a fire at a residential address in Spout Hill, Croydon.

“Officers attended with LFB. There were no reported injuries. There have been no arrests.

“The fire is being treated as suspicious and therefore it will form part of enquiries as to whether it is a case of arson. Enquiries underway as to cause of fire.”