Extinction Rebellion said their inclusion in the documents is ‘pointing a finger at anyone that thinks differently’. 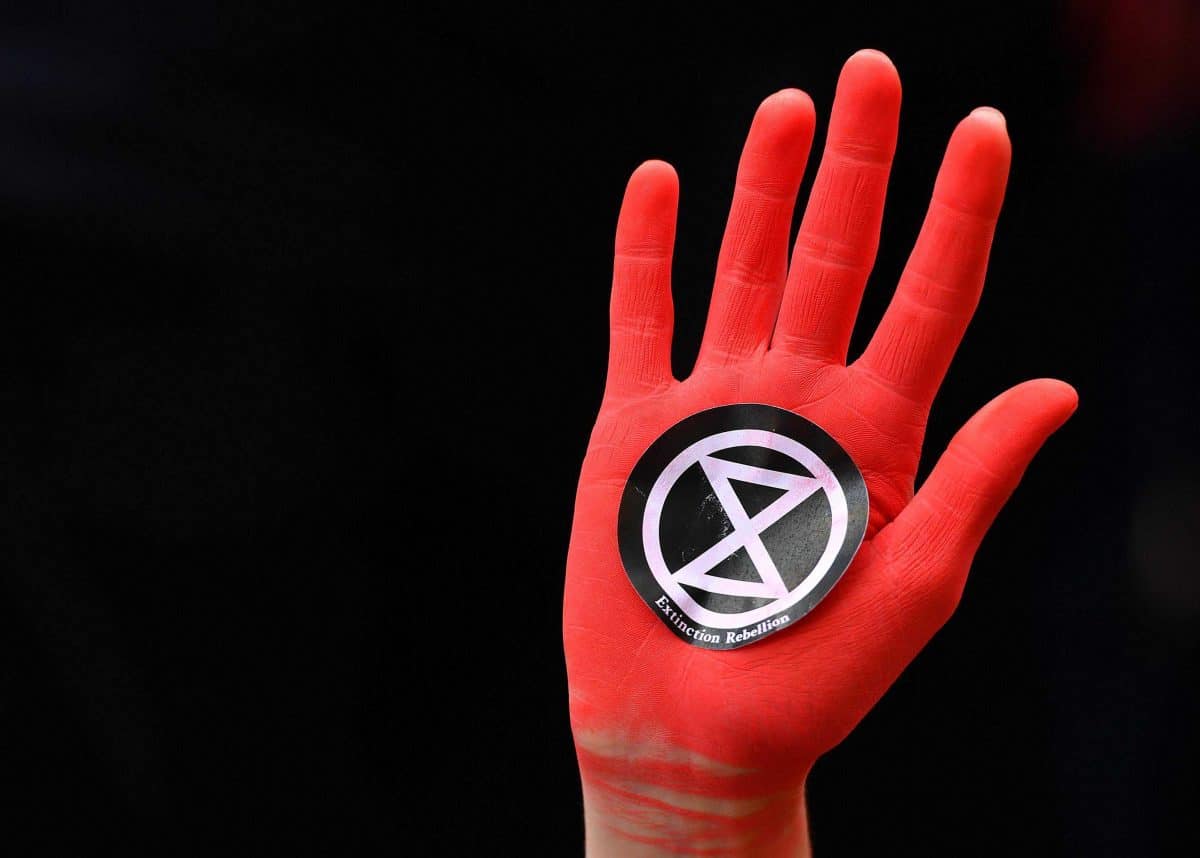 Police have defended their inclusion of environmental groups such as Extinction Rebellion in counter-terrorism documents, in the face of criticism it could have a “chilling effect” on people.

He insisted police do not consider such groups to be extremist or a threat to national security.

The Guardian reported that a 24-page policing document it had seen included Greenpeace, the Campaign for Nuclear Disarmament (CND) and other non-violent groups, as well as extremist right-wing proscribed groups such as National Action.

It said the document was distributed to teachers and medical staff as part of anti-extremism briefings last year.

A signs and symbols guide, also referred to by the Guardian, shows a Nazi swastika in one section and the Extinction Rebellion and Greenpeace symbols in another.

Mr Haydon said the guide referred to is aimed at helping police “identify and understand signs and symbols” so they know the difference between them.

In a statement tweeted out on Friday evening, he said: “The guidance document in question explicitly states that many of the groups included are not of counter-terrorism interest, and that membership of them does not indicate criminality of any kind.

“To suggest anything else is both unhelpful and misleading.”

He said the document has been used by Prevent – a government programme which aims to stop people becoming terrorists or supporting terrorism – but “only as a guide to help them (Prevent) identify and understand the range of organisations practitioners might come across”.

Extinction Rebellion, which is a worldwide environmental campaign movement, questioned its inclusion in the documentation.

“This is nothing short of pointing a finger at anyone that thinks differently to ‘business as usual’ – which is taking humanity to its grave – and lumping them all together,” the group said in a statement on its website.

“The chilling effect is to leave people feeling under scrutiny, watched and pressurised, feeling othered, ashamed or afraid to be open about the things they care about such as the environment and the world around us.”

Kate Hudson, general secretary of the Campaign for Nuclear Disarmament, said the group’s inclusion on the list is “massive state overreach and threatens our right to political engagement and peaceful protest”.

John Sauven, executive director of Greenpeace UK, said: “Tarring environmental campaigners and terrorist organisations with the same brush is not going to help fight terrorism. It will only harm the reputation of hard-working police officers.”

Last week Counter Terror Police South East admitted it had made an “error of judgment” by including Extinction Rebellion in a list of extremist organisations in an official report.