Boris Johnson’s Government was compared to a school teacher losing control of the class. 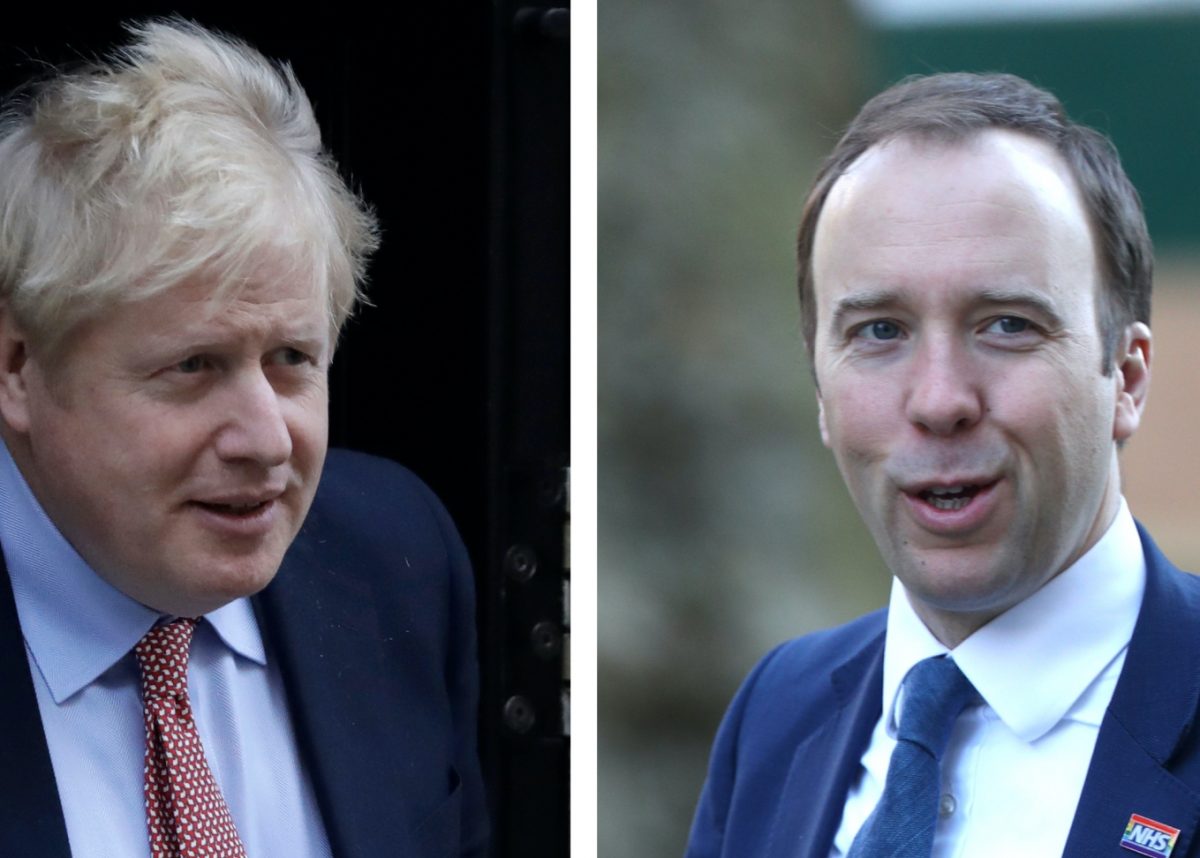 Ministers faced calls to publish evidence behind restrictions imposed on England as Peers let their feelings known about the Government’s Covid policy, or lack of one.

It comes as some northern leaders set to oppose restrictions on hospitality.

Boris Johnson’s Government was compared to a school teacher losing control of the class, as peers demanded to see evidence behind “totally stupid” Covid-19 restrictions.

Conservative former minister Lord Robathan warned ministers against blaming the public for rising Covid-19 infections and urged them to “not double down on failing policies”, but instead to look at the evidence rather than opinion polls.

He told the debate: “I’m sure noble lords when they were children, about 10 or 11 years old, had a teacher who couldn’t keep order in class.

“At my school he would stamp his little foot and say ‘If you don’t do as you’re told, I’ll keep you all in for a detention’.

“I say to (Business minister Lord Callanan), hard luck being dealt this hospital pass defending all these regulations.

“I see the Government now blaming the people and that really is not a good idea.

“We have these new measures, the Prime Minister finds them confusing as we know, I find them contradictory, draconian and very difficult to enforce.

“The question has to be are these regulations working? Well Leicester, near where I live, has been in lockdown for more than 100 days, the infections have gone up.”

Conservative peer Lord Cormack said black cab drivers have bemoaned the “chaos” caused by the 10pm curfew on bars and restaurants, before urging for clarity and consistency over the rules.

He also suggested involving peers and Labour leader Sir Keir Starmer in consultations over developing new rules, adding: “The country has got to be united, and if it isn’t united we will drift from a series of chaos to more chaos.”

Baroness Warsi, a Tory former minister, questioned why businesses which operate as restaurants and have several bookings of up to six people cannot have more than 15 people for a wedding reception.

She said many places say they are able to stop the mingling, singing and dancing, adding: “These premises are hosting large numbers for meals in a safe and socially distanced way on a daily basis as part of the restaurant service, so why not for a specific purpose?

Lady Warsi added: “I’d urge the minister to ask the Government to think again regarding numbers at socially distanced, seated wedding meals to ensure we stop many struggling businesses in the hospitality sector from simply permanently closing.”

Non-affiliated peer Lord Mann said: “If pensioners can tour this weekend in coaches, and that’s deemed safe and it is, then sports such as rugby league should be allowed to survive by having a socially distanced plan and getting some revenue in.”

Conservative Lord Naseby highlighted higher Covid-19 death rates for people aged over 60 and over 80, asking: “The question we have to think about is are all these lockdown measures really necessary or should we just be protecting the elderly with multiple morbidities and let everybody else try and get back to normal?”

Replying for the Government, Business minister Lord Callanan insisted there were “not draconian measures” in place.

He said “early data” suggests a “significant proportion of exposure to the virus is seen in the hospitality sector” as he responded to concerns over the 10pm curfew.

Lord Callanan also told peers: “We are seeing coronavirus cases rise across the entire country but they are rising faster in my home region of the north east, and the north west.

“We’re keeping the data under close review and we’re considering a range of further options to reduce the spread of the virus in order to protect communities and ultimately save lives.”

Some northern leaders are set to voice their opposition to further coronavirus restrictions being placed on hospitality, at a meeting with Government officials.

New restrictions are expected which could see pubs and restaurants in areas of northern England temporarily closed.

But critics said the hospitality sector had been “forgotten” and “picked on”, amid fears businesses would not come back from a second lockdown.

Leaders from areas of the North were due to have a Government briefing with a senior Whitehall official on Friday, but the meetings were understood to have been delayed to the afternoon.

Gateshead Council leader Martin Gannon said before the meeting that the council leaders of Northumberland, Newcastle, South and North Tyneside, Gateshead, Sunderland and County Durham had “agreed a line”.

He told the PA news agency: “Despite three sets of regulations in 10 days and the ensuing mixed messaging, there is evidence that, excluding higher education students (which is a national problem), new cases are beginning to plateau.

Asked if that meant they opposed plans to shutter pubs and restaurants in the North, he said: “We believe the current measures can work without further damage by closing hospitality.

“If government ignore us we will call for a  substantial financial package to sustain the businesses and workers.”

Speaking at a meeting of Liverpool City Council’s cabinet on Friday morning, Mayor Joe Anderson said he was due to meet the Prime Minister’s policy officer.

He said: “We’re hoping, and being trailed this morning is an indication that Government are listening to us in relation to a funded package to support the hospitality sector if there are indeed some stricter measures coming in.”

Night-time economy adviser for Greater Manchester Sacha Lord said he had not been shown any statistics on the spread of coronavirus in bars and restaurants.

Mr Lord said targeting the hospitality industry was a “cheap, easy thing” for the Government to do.

“It’s a cheap headline, it looks like they’re doing something, but actually it’s completely reckless.”

Frank McKenna, from Liverpool networking group Downtown in Business, said: “I think the industry sector itself feels as though it has been picked on when they have gone way beyond in most respects to ensure they are Covid-safe and spent, in some cases, thousands of pounds.

“Of course they feel discriminated against, and to not even consult with businesses before they introduce those measures is utterly outrageous.”

He said in the past few days he had spoken to about 40 hospitality business owners and about a quarter were considering closing if there was another lockdown.

At a briefing for MPs in northern England and the Midlands on Thursday, chief medical officer for England Professor Chris Whitty referred to figures showing that pubs, bars, restaurants and cafes account for 30% of “common exposure settings”, according to preliminary analysis of contact tracing by Public Health England.