“It’s one of the saddest days of my life. The tree has meant so much to people around here and to see it reduced to twigs in a matter of minutes is just heart-breaking." 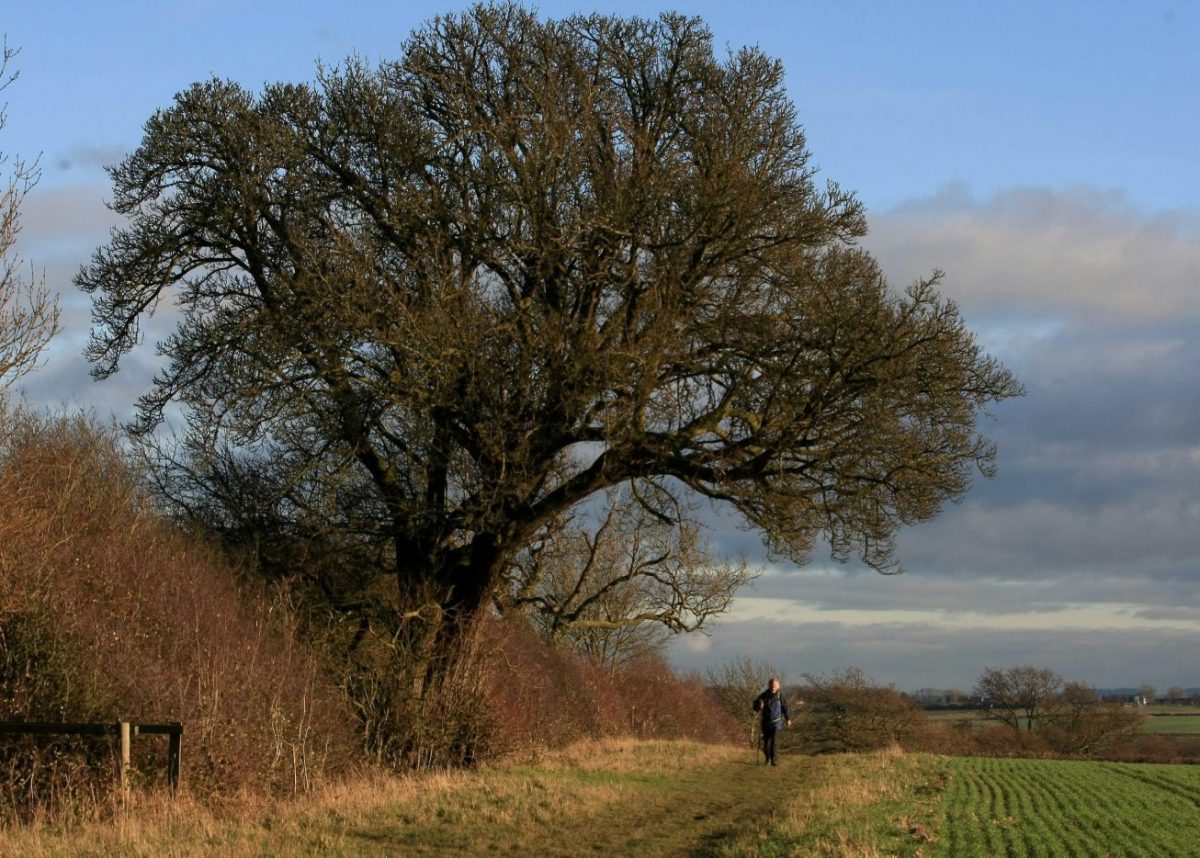 One of Britain’s oldest and largest wild pear trees was chopped down today to make way for the HS2 high-speed rail link.

The 250-year-old Cubbington Pear Tree in Warwickshire sits on the phase one line of the route.

It was finally cut down on Tuesday (20/10) just five years after it was voted England’s Tree of the Year.

The Woodland Trust, which ran the 2015 competition, said more than 10,000 votes were cast by the public in favour of the winner.

The second largest of its kind in the UK, the wild tree has stood for generations atop a hill near South Cubbington Wood, on the outskirts of Leamington Spa.

Campaigners had hoped they would saved the wood – home to the beloved pear tree – following an announcement by Transport secretary Grant Shapps last month.

He said ancient woodland removal would be stopped during a government review into the project unless “absolutely necessary to avoid major cost and schedule impacts.”

But despite the promise, the Woodland Trust claims work on moving soil and tree stumps from the wood in Warwick was started last week.

The Woodland Trust has accused HS2 bosses of using a loophole to get the work underway.

Stop HS2 protestors even set up a camp in the woods nearby in a desperate attempt to stop the demolition but were moved on by police.

Campaigners watched in tears as workmen using diggers and saws took just 90 minutes to hack the tree down.

“A tree much loved by the local community. A familiar place for walkers to take shelter from wind, rain and sun. Part of our heritage and landscape.

“England Tree of the year 2015. A home for precious biodiversity.

“It has also become symbolic with much of the stop HS2 campaign and representative of all that we ‘fight’ and peacefully protest for not just stopping the ill-conceived madness of HS2 but the destruction of our wild spaces, our natural world all adding to the climate and ecological crisis.

“Millions of years of history heritage, landscape and biodiversity are being lost in minutes by man and machine.

“For anyone thinking it’s just a tree, it’s much more than that and symbolic of much of what is wrong with this world today and this seemingly relentless path of destruction we are currently on.”

Saddest days of my life

Cubbington villager John Taylor, 50, said: “It’s one of the saddest days of my life.

“The tree has meant so much to people around here and to see it reduced to twigs in a matter of minutes is just heart-breaking.

“We thought we might have saved it when the government said they would review the removal of ancient trees but it’s gone.

“When the grief passes, people around here are going to be very, very angry. This vandalism of nature will never be forgiven or forgotten.”

Warwick and Leamington MP Matt Western previously wrote to transport secretary Grant Shapps to note a nearby golf course in Kenilworth was to be part-cleared to make way for HS2, until the line was re-routed to save the 18th hole.

Mr Western said: “I’ve been campaigning to save this tree for a while. This is a sad day for our local area and our beautiful natural environment.

“HS2 Ltd has much to answer for, including why the 18th hole on a golf course could be saved but this wonderous pear tree could not.

“I will continue to pursue this to ensure we get answers.”

An online petition to save the tree was signed by 21,510 people but the Government said it would not intervene.

In an official response on October 7, a government spokesperson said: “HS2 Ltd explored all possible options to avoid removing the tree, but due to its age and condition removal cannot be avoided.

“A professional evaluation of all options was carried out by environmental experts to evaluate the structural integrity and vitality of the Cubbington Pear Tree and how this pertains to the tree’s status as an ancient or veteran tree.”

The government added that more than 40 new trees are being grown from cuttings taken from the tree to “provide the most efficient option to allow the long-term retention of the remnant tree and its progeny.”