The Daily Mail laments "another fine mess" while the Express says the U-turn is a "victory for common sense". 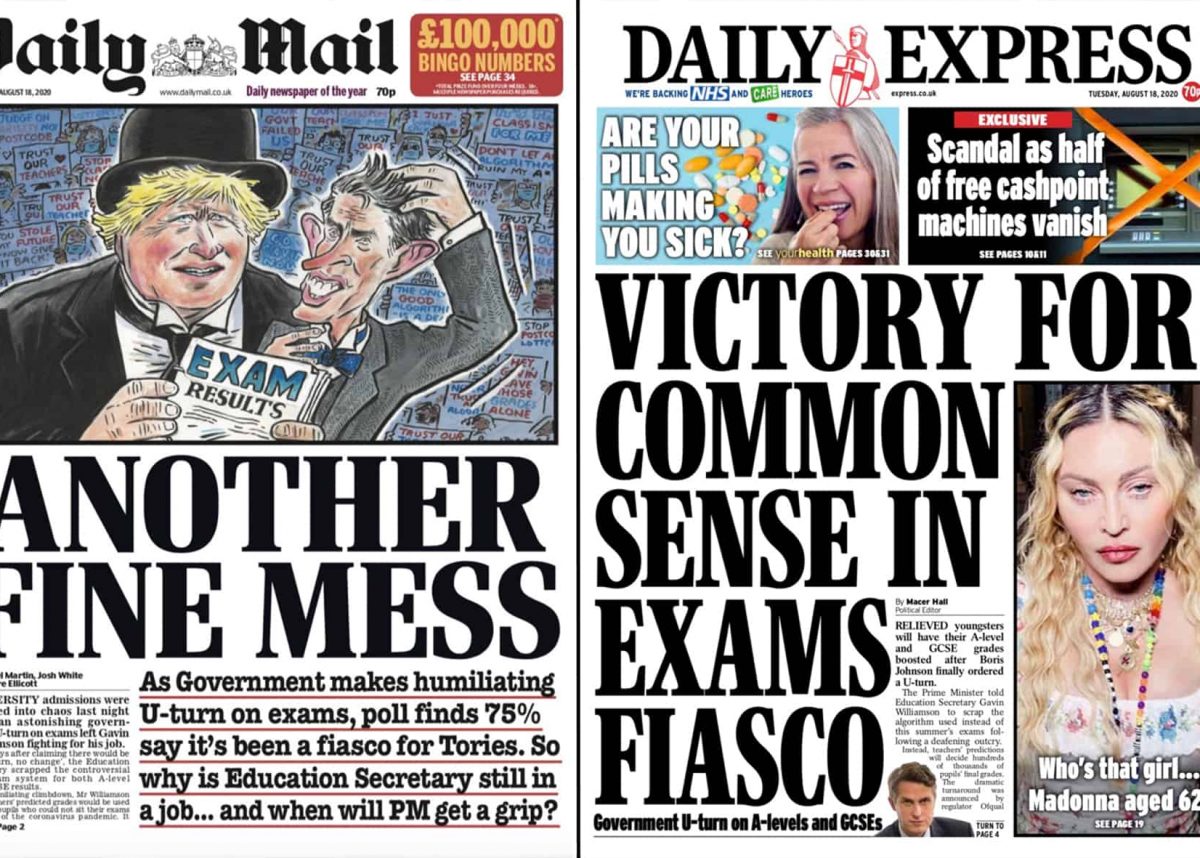 There was nowhere to hide for the government in today’s papers as vast swathes of the traditionally pro-Tory mainstream media turned against the party.

The Daily Mail led the reaction to Education Secretary Gavin Williamson’s major U-turn over GCSE and A-level grades in England.

It says the episode represents “another fine mess” from the Government in a notable depart from their usual pro-Conservative line.

Another typical ally, The Express, says the result is a “victory for common sense”, while The Times warns there will be a “scramble for university places” for tens of thousands of students “still facing doubt over their futures”.

The Daily Star also pulled out a fine performance with this front cover:

Another gold star for @dailystar front page today. During the farcical reign of this Government they have published some cracking splashes. Keep it up. #newspaper #news #media pic.twitter.com/aBHFTJaL1A

While The Daily Telegraph reports that Mr Williamson has “blamed the exam regulator” Ofqual for the “results chaos”.