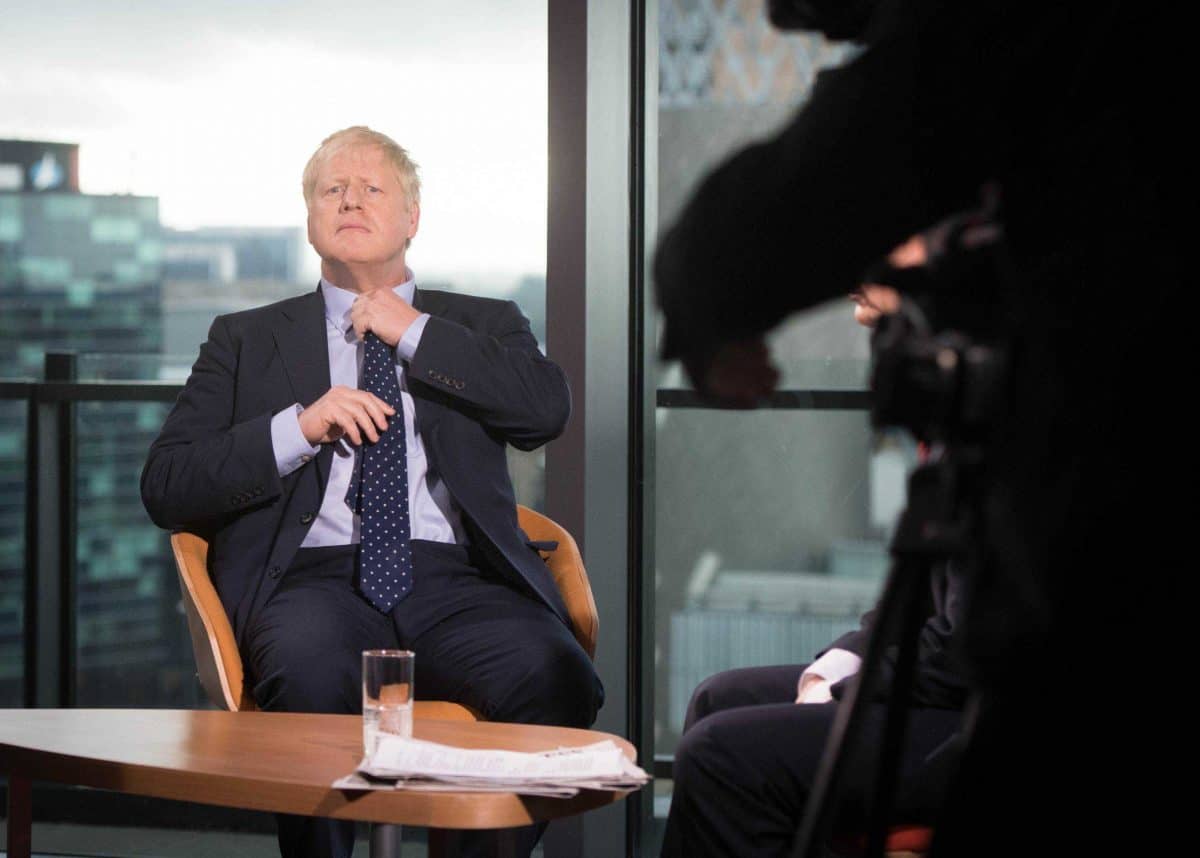 Journalist Charlotte Edwardes said the incident took place at the offices of The Spectator magazine in London shortly after Mr Johnson became editor in 1999.

Sunday Times journalist Charlotte Edwardes has said Johnson groped her leg under a table, grabbing “enough inner flesh beneath his fingers” to make her “sit upright.”

But senior Conservatives – including a member of Mr Johnson’s Cabinet – said Ms Edwardes was trustworthy.

If the prime minister doesn’t recollect the incident then clearly I have a better memory than he does https://t.co/pbcLJThkqP

“His hand is high up my leg”

This is a shocking, but sadly all too familiar, story.

What is it about powerful men feeling entitled to harass women?

Labour’s shadow secretary for women and equalities Dawn Butler said it was a “shocking but sadly all too familiar story”.

“What is it about powerful men feeling entitled to harass women? Boris Johnson has serious questions to answer,” she tweeted.

Serious charges of abuse of power

Dawn Butler has now written to Cabinet Secretary Sir Mark Seawall and Chair of the Conservative Party James Cleverly, calling for an “urgent and thorough” investigation into the “serious allegations of misconduct” in the Sunday Times.

She wrote that this is the “latest in a number of serious charges of abuse of power” made against Johnson, which include allegations of misuse of public funds and failing to declare his personal interests in the Jennifer Arcuri affair.

More details emerged over the weekend of the American former model turned tech entrepreneur’s friends being aware of their affair. Boris Johnson, then married to the mother of his children, failed to declare an interest as he intervened to ensure she was flown on foreign trips with him and while she was given tax payers’ money for her ailing tech training firm.

The Sunday Times has now reported that she confided to four friends that they had been engaged in an affair during his time in City Hall.

But appearing on BBC One’s The Andrew Marr Show, Mr Johnson insisted “everything was done with full propriety”.

Dodging questions over the affair, the Prime Minister had to insist there was “no interest to declare” over his relationship with the American businesswoman Jennifer Arcuri when he was mayor of London.

The PM now faces investigations over the affair by the current Mayor of London, the London Assembly and a police watchdog.

The Labour Party also demands a probe into the PM’s conflict of interest with his hedge fund backers who also backed the Brexit campaign and stand to profit from backing British firms to lose out in a no-deal brexit.

The latest allegations of infidelity with Jennifer Arcuri follow a string of well-publicised stories involving Mr Johnson’s private life, some of which plagued his 25 year marriage to second wife Marina Wheeler.

In 2004 he was sacked from the Tory frontbench over a reported affair with journalist and colleague at The Spectator, Petronella Wyatt.

He described claims about the relationship as “an inverted pyramid of piffle” at the time.

Affair claims reared their head again in 2006 when it was reported that the married father-of-four had been romancing Anna Fazackerley of the Times Higher Education Supplement.

The Appeal Court ruled in 2013 that the public had a right to know that he had fathered a daughter during another adulterous liaison with another woman, Helen Macintyre, while mayor of London in 2009.

Despite surviving years of turmoil, Mr Johnson and his lawyer wife separated and began divorce proceedings in 2018 and he is now living at Downing Street with former Tory Party worker Carrie Symonds, 31.

The groping allegations – and Labour’s efforts to capitalise on the row – have caused fury in Number 10 at the start of the Conservative Party conference.

Earlier, Mr Hancock played down the report saying there were “always lots of other stories in papers”.

Speaking at a Tory party fringe event in Manchester hosted by HuffPostUK, he said: “Boris has never lectured other people about their private lives.

“I think that we should concentrate on delivering on what we are in politics for, which in my view is to serve the citizens of this country.”

But speaking to Channel 4 News, Mr Hancock said he did not “dismiss it at all”.

Mr Hancock said he did not know the details, adding it was incumbent not to “react without the full details”.

He added: “I know Charlotte well, and I entirely trust what she has to say.”

Mr Hancock said: “What I would say is that these are important issues and getting the response right is incredibly important.

“But there’s also something here about making sure that the way I try to carry on my life – both in public and in private frankly – is with a high degree of integrity.”

He added: “Nobody’s perfect but I think that is how we should try to go about things.”

READ MORE: Boris Johnson’s sister warns PM’s ‘reprehensible behaviour’ may be due to bets on pound plummeting in no-deal crash for UK