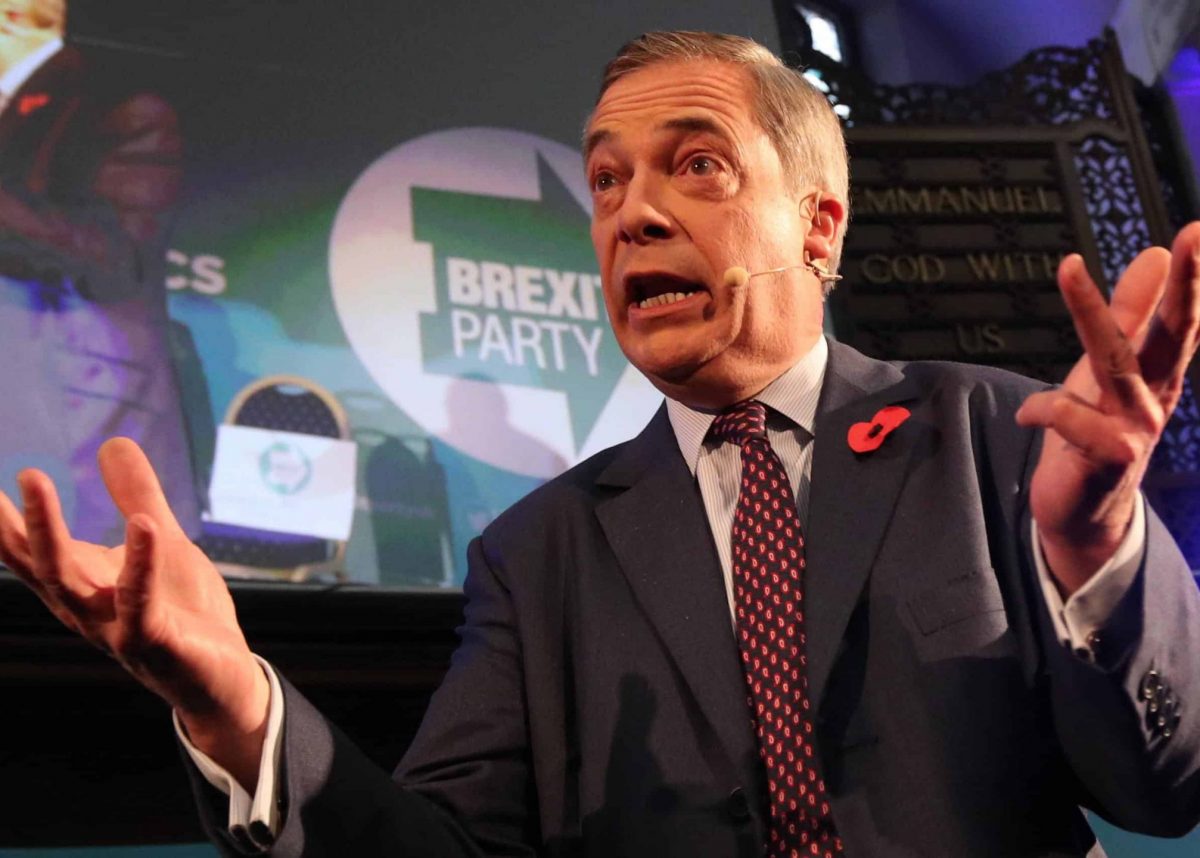 Nigel Farage bemoaned losing his freedom of movement last night after Boris Johnson placed the UK on a police-enforced lockdown.

The Brexit Party leader, who has campaigned to restrict movement throughout most of his political career, hit out at the PM for asking Brits to stay at home even though the government still has no testing regime.

We are being asked to give up our freedom by a government who still have no testing regime.

South Korea showed the way on this, but we are behind every other country. Not good enough. pic.twitter.com/nW94vv7NwK

In an address to the nation from Downing Street, Mr Johnson ordered people to only leave their homes to shop for basic necessities “as infrequently as possible”, and to only perform one form of exercise a day.

Sports Direct came in for heavy criticism for keeping its stores open after the Prime Minister’s announcement.

Labour Party chairman Ian Lavery questioned the decision, tweeting: “Who on earth does Mike Ashley think he is? He’s prepared to endanger the life of his employees and the public at large.”

Measures will be “under constant review”

Lincolnshire Police warned of an “extremely high volume” of calls, and Humberside Chief Constable Lee Freeman said his force had received “a number of calls” on the subject which he said he was unable to answer.