by Ollie McAninch
in News, TV 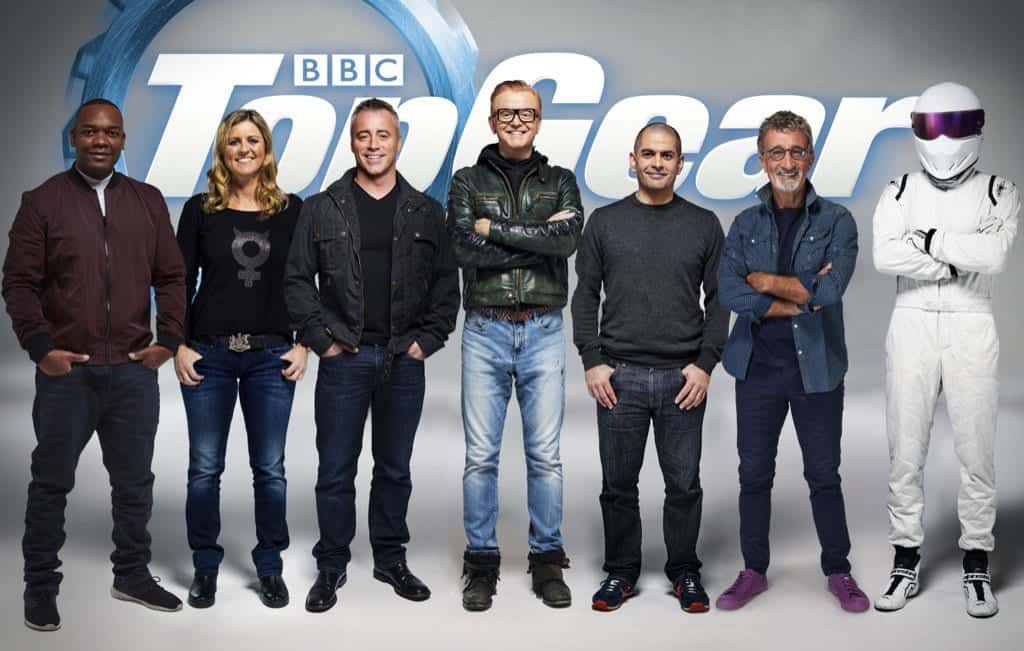 Here’s the full lineup, from left to right:

Rory Reid. Rory is a motoring journalist and was selected as a Top Gear host through Chris Evan’s open online auditions for a member of the public to join the show.  Rory also has a Youtube motoring channel.

Matt LeBlanc’s – the much loved Friend’s actor’s appointment marks the first time the show has ever had a non-British host in its 39-year history. Will he bring the same charm and lovability to the show?

Chris Evans – motor mouthpiece and brainchild of the new concept.  A lot rests on his shoulders, but his enthusiasm and love for cars should shine through.

Eddie Jordan – his bonkers wardrobe, huge connections in the world of motor sport, and quirky personality.

Last but not least…   The Stig!