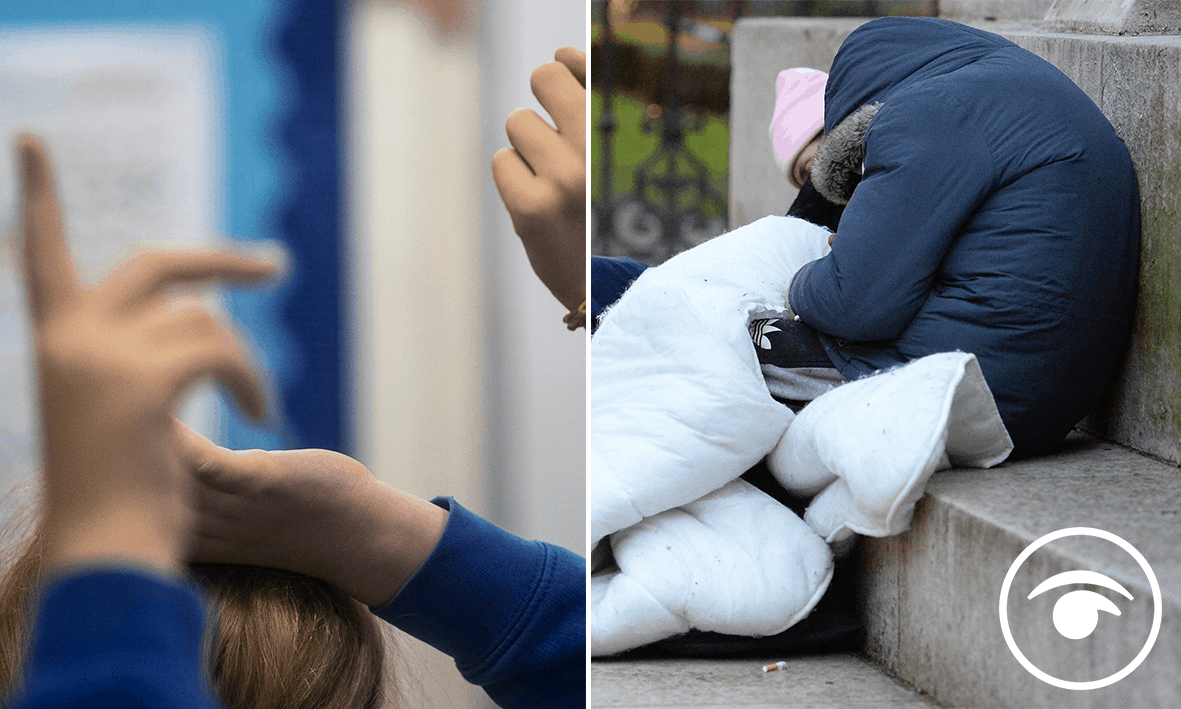 The majority of teachers have worked in a school with children who were homeless, or became homeless in recent years, a survey suggests.

Pupils who are homeless, or living in bad housing, are arriving at school hungry, tired and in dirty clothing, while others are missing class altogether, according to a report from Shelter.

The homelessness charity has warned that the situation could worsen for tens of thousands of children in Britain due to the pandemic, as the survey data was collected before the Covid-19 lockdown.

More than half (56%) of teachers in Britain have worked at a school with children who were, or became, homeless and had to live in temporary housing in the past three years, a poll by Shelter and YouGov suggests.

Of the staff who had worked with these children, 94% reported that arriving to class tired was an issue for pupils at their school who were living in bad housing or experiencing homelessness.

The poll, of 1,507 teachers in February and March in Britain, found 89% reported that arriving at school in unwashed or dirty clothing was an issue for these pupils, while 87% said they were coming in hungry.

Nearly nine in ten (88%) of teachers who had experience of children who were homeless or living in bad housing in their school said that missing classes or days of school was an issue for these children.

One teacher saw how exhausted a young pupil became when she was moved to emergency homeless accommodation in a different local authority area and she had to leave home at 6am for school.

“The family of four are living in one room at a B&B. Her attendance has dropped severely, she has become ill and she is always tired,” the teacher said.

Dani Worthington, a headteacher in Batley, West Yorkshire, said: “Homeless children are at a disadvantage before the school day has even started. In my 15 years of teaching, I have seen the devastating knock-on effect of homelessness on education many times.

“Children who did well when they lived in a stable home became withdrawn and unable to follow their lessons. When families don’t have access to the basics like a washing machine, we end up washing their uniforms at school.

The charity carried out further research to examine the impact of the pandemic which found that the majority of teachers believe the attainment gap is widening.

A survey of 1,072 teachers in October found that 73% said homeless children or children living in bad housing have had their education more negatively affected than their peers in suitable housing.

Ms Worthington added: “The pandemic disruptions are making everything worse for homeless children. It was harder for them to keep up with their lessons in lockdown; they didn’t always have access to Wi-Fi or the equipment they needed.

“The bottom line is that without a safe home, education suffers. This was a massive issue before coronavirus hit – but the pandemic has intensified the problem, which is deeply worrying.”

Polly Neate, chief executive of Shelter, said: “Without a safe and secure home, a child’s life chances can be deeply disrupted. This is a national scandal – and without action, the extra harm being done to homeless children as a result of the pandemic may never be undone.

“Homeless children must not be the invisible victims of this crisis.

“We still don’t know what the long-term impact of the pandemic will be on this generation of children. But for now, Shelter is here to support and give hope to the families who need us the most.”

A spokesman for the Ministry of Housing, Communities and Local Government said: “During the pandemic, we’ve taken unprecedented action to prevent people getting into financial hardship by helping businesses to pay salaries, boosting the welfare safety net by over £9 billion and extending furlough. We’ve also changed the law to put in place six-month notice periods and banning the enforcement of evictions except in the most serious cases until after Christmas.

“We continue to work to with councils, charities and other partners to help them prevent and relieve homelessness in their areas.”